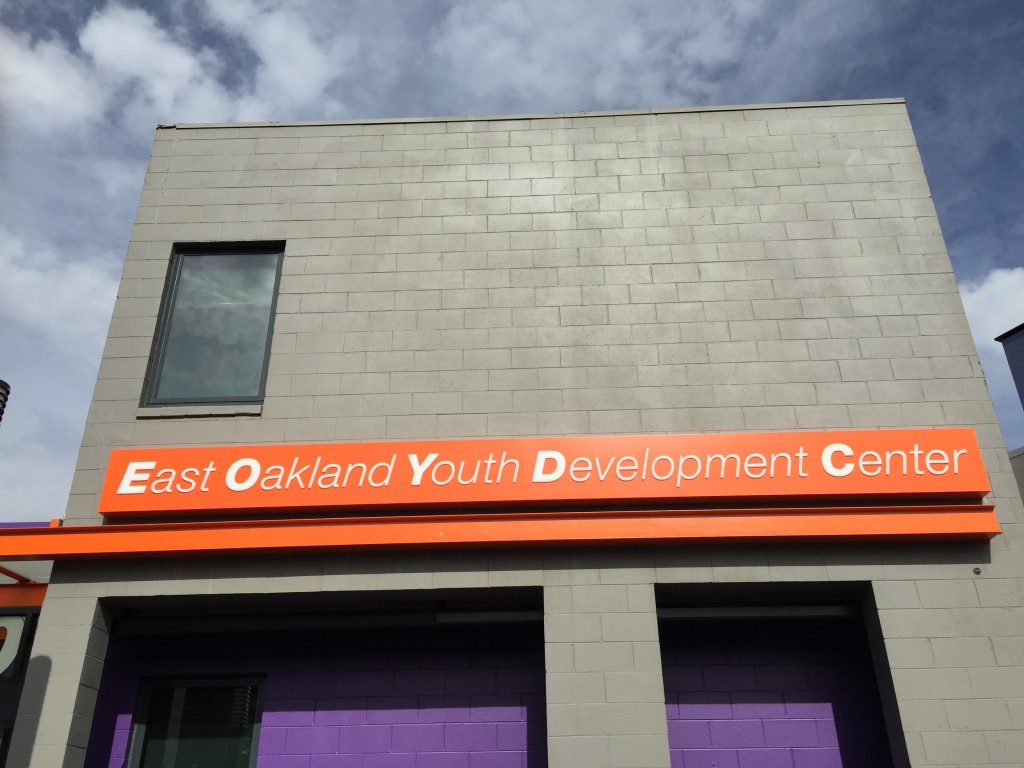 East Oakland Youth Development Center’s (EOYDC) 30- year old facility was recently rebuilt and a grand reopening and ribbon cutting ceremony to commemorate the marvelous history and the new era dawning on the facility was in order.

Minutes before the ceremony commenced, I stepped back and looked at the two-story EOYDC building. It is a simple, yet elegant structure with good symmetry and a solid visage made of stone and decorative metal, with large windows and plenty of sunlight.

Public officials and renowned personages had started to arrive and pleasant music could be heard playing on large speakers. Photographers, reporters, parents, children, staff members and onlookers were all beginning to  mill about the area, positioning themselves in anticipation of the grand opening and ribbon cutting ceremony.

It started decades ago,  in the visionary imaginations of persons like Toni Anderson who spoke at the commemoration amongst fellow founders, architects,  donors,  consultants and friends. 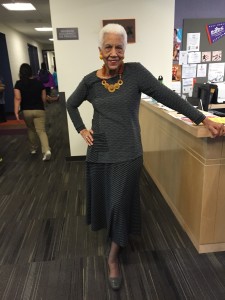 Anderson recounted the long and arduous struggle that it took to bring a vision into fruition. She is a dynamic and entertaining speaker and she painted a vivid imagery of the early days – how the proposed site was chosen and how difficult it was to raise funds for the construction.

Ultimately, the funds were secured and the site was determined. It was the 8200 block of International Boulevard. In those early days, it was called East 14th Street and a gasoline station was where the center would eventually be built.

The ceremony started with a prayer by a minister from Allen Temple Baptist Church and was followed by speeches by  various dignitaries, including Oakland’s Mayor Libby Schaaf.

Regina Jackson, executive director of EOYDC, acted as the gracious and attentive Mistress of Ceremonies. After all of the distinguished guests spoke, they brought out a pair of gigantic scissors to perform the symbolic cutting of the purple ribbon. All in attendance applauded very enthusiastically. 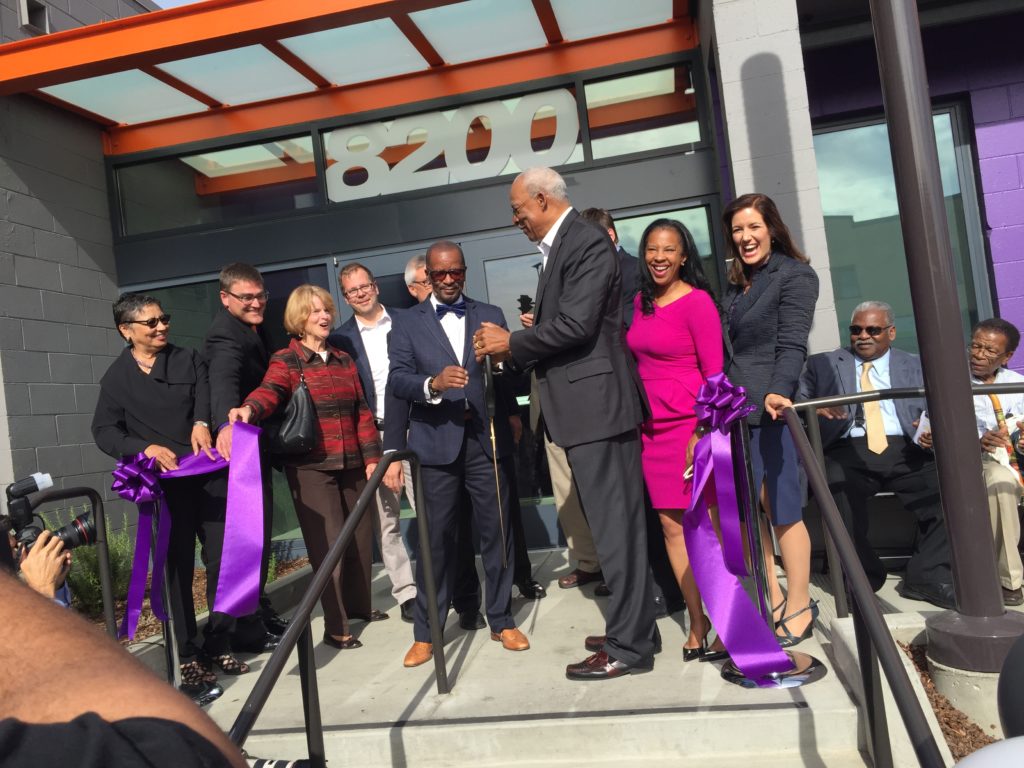 The day was sunny and mild with light blue skies and sporadic patches of cloud swirls that looked like cotton candy,  accentuating the occasion.

Everyone was invited into the building and ushered into a central room with high ceilings near a stairwell. Guests started to explore the new center and took tours ,offered by the convivial staff/personnel of EOYDC, of the computer lab, art room, administrative office and gymnasium. 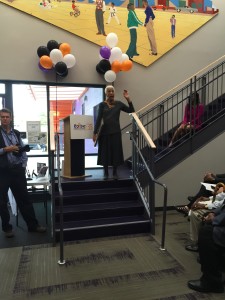 After speaking with some of the staff and reading some of the literature about the center, I learned that the facility is designed with a holistic teaching approach in mind. And the lessons are lifelong , with an unmistakable emphasis on service to others as a vehicle for continued personal grown and professional development.

Many of the alums of the EOYDC return periodically to help mentor the local youth who are currently devoting their energies to self-cultivation there. Most of the alumni of the EOYDC did very well in their grade school academic accomplishments during their tenure at EOYDC, and many have gone on to earn undergraduate and post graduate degrees at some of the most prestigious institutions in the land.

Alum Janiece Clark shared a story about hiking in the mountains. As they approached the climb, Jackson went to help some other girls who were struggling. Clark felt like she couldn’t go on without Jackson.

“‘It’s time for me to help someone else,’ Ms. Regina told me. ‘You can do it without me. It’s time for you to take control yourself, and finish this like you and I both know you can.’ That moment changed my life forever. I knew she was right, and that I could climb on my own. I climbed with tears streaming down my face, not because I was scared or because it was hard, but because I knew that from then on I could take control of my life. At that point, I knew that I could step into the foreground. I was strong enough to do whatever I wanted to do.”

In nearly every published biography, the alumni retrace their steps and attribute  their success to the early experiences at EOYDC and its impact on their perspectives,  especially growing up in a relatively rough part of Oakland.

Another noteworthy feature of the EOYDC is its  leadership by example model as well as the trust and sense of personal responsibility to themselves and their local community that is instilled in every person who  passes through those halls.

Students of EOYDC are taught how to develop lesson plans and then entrusted to assist in the instruction of their newer EOYDC peers. In addition, several leadership roles are available as well as competitive sports and performing arts opportunities, to practice being in the spot light with excellent grace and eventually mastery in their chosen fields of endeavor.

The success rate of the program is so evident that it has become a national model for cities to emulate and, definitely, a source of great pride for all of Oakland to admire.