Shakespearean? Is it that Art imitates Life or is it that life imitates art? 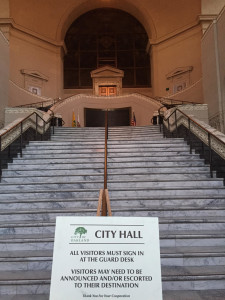 Prior to arriving at the Public Safety committee meeting at Oakland City Hall, I envisioned a large and crowded chamber like the one that we often see on television during the regular Tuesday sessions. I anticipated many persons in attendance and lots of impassioned input from the local citizenry. Instead, the gathering was in a smaller section of the building; a cozy, clean and well-lit chamber, with less seating capacity and a much more compact panelists’ console. There were several empty audience seats. The sporadic procession of community members and officials that approached the podium to partake in their civic duties appeared routine and very matter of fact, with the exception of an elderly lady who seemed like a Shakespearean character.

The topic that I was there to cover was the Mandatory Overtime for the OFD (Oakland Fire Dept.) and I arrived just minutes before the item reached the floor, and plopped myself onto one of the empty chairs near the entrance doors. That was precisely when I noticed the elderly lady, with disheveled hair and layers of clothing, talking to no one in particular as she narrated insights of the events that were taking place in real time. She sat a few seats behind and I could hear her speaking in hushed, hurried tones expressing skepticism with quips and intermittent chuckles.

At issue was whether the Public Safety committee would endorse a proposal for a new system of tracking Oakland’s traffic collisions. The expenses versus the benefits were unclear and the price for implementation high. As the panelists went through the motions of questions and answers with the architect of the new system, the Shakespearean lady said, “You all know you’re going to give them the money.” She said it in a whisper, then, laughed a laugh that suggested incredulity about the entire process. The committee voted unanimously to approve the report and send it to the city council for a vote. 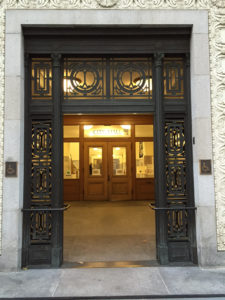 Next up was the Mandatory Overtime issue of the OFD and its impact on all affected. It was asserted that too much overtime for firefighters is dangerous. Logically, the question became how such danger could be addressed and averted. Fire Chief Teresa Deloach Reed stepped up to the podium, in full battalion regalia, and rendered a comprehensive report of current and projected staffing levels. She addressed budget considerations,  vacancies and projected fluctuations in staffing due to pending retirements and anticipated new hires. Her report included a breakdown of the OFD hierarchy and the various roles of personnel, juxtaposed with promotions and hiring practices.  The chief also stated that the OFD is the most understaffed agency in all of Oakland.

Understaffing, apparently, is the principle reason that mandatory overtime is the hot issue of OFD.  Daniel Robertson, president of the firefighter’s union and Zac Unger, vice president, offered  a litany of grievances including  the mandatory protocols that result in  multiple days of overtime. Robertson said 33 percent of the force is required to endure overtime work. He concluded that accidents, mishaps and near misses occur in  direct proportion to mandatory overtime and the consequent fatigue of the OFD personnel.

Unger added that the spending for overtime pay is counterproductive and wasteful. “There is no shortage of people or funds; instead, there is a shortage of political will and bureaucratic skill,” he said.  An assistant police chief was sitting on the panel and Ungar, in a bantering tone, suggested that the police chief lend the OFD their police robot to help put out fires. A genuine call for help.

Councilmember Abel Guillen called the situation nothing short of an actual crisis, especially because critical city services are being denied to tax paying citizens. He suggested that the panel look into the relationship between the personnel who are calling in  sick due to exhaustion from too much mandatory overtime, and the cycle of understaffing as it relates to fear of mishaps and consequent liability. Councilmember Desley Brooks said the line of inquiry was not on the agenda and if Guillen wanted it considered, he should  have it added. Guillen also brought up the challenge of housing new recruits during the upcoming fire academy.

Councilmember Dan Kalb asked whether funds had been requested for academies prior to the apparent crisis. He and the OFD chief went back and forth on the topic of actual positions versus budgeted positions. Kalb added that in a major earthquake or other disaster, all hands need to be on deck. 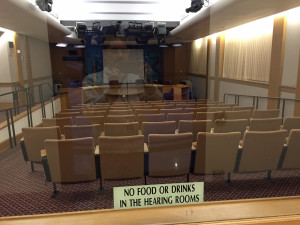 The Shakespearean lady murmured something about Kalb stating the obvious, as she looked into her purse, while the panel continued to talk about sick time and disability in relation to the mandatory overtime situation.