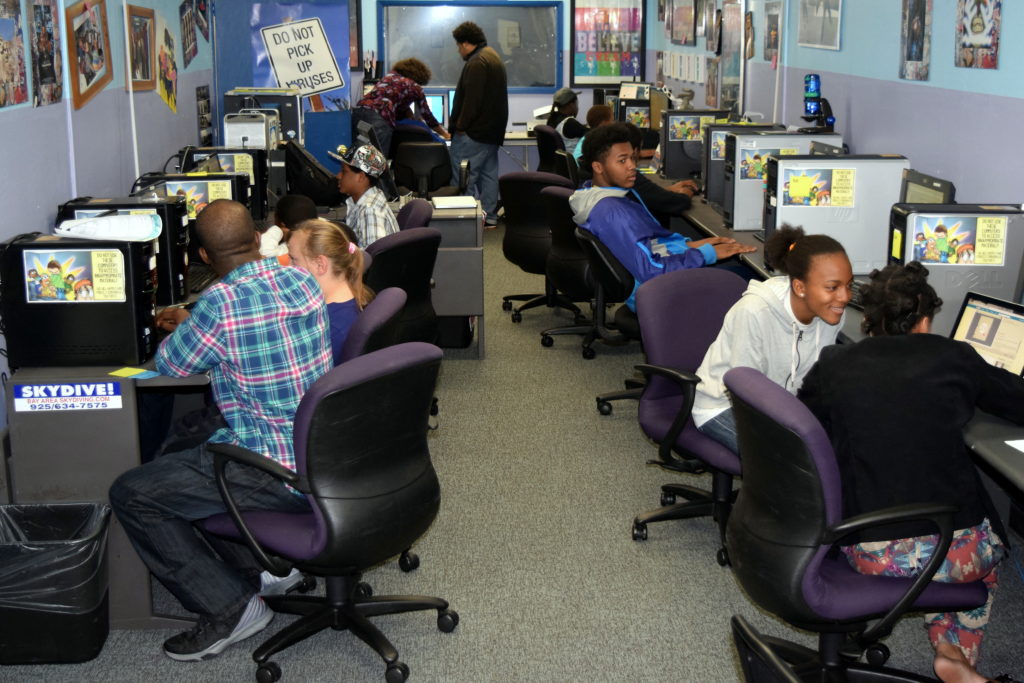 Students at the David E. Glover Education and Technology Center

Oaklanders can help with an on-going effort to build technology equity  in Deep East Oakland and also meet a thought leader.
On Thursday, October 15, Oakland Citizens Community for Urban Renewal (OCCUR) will host a fundraiser and awards ceremony for its David  E. Glover Education and Technology Center (DEG-ETC) at Impact Hub in downtown Oakland.

The keynote speaker and main honoree is Van Jones, president and co-founder of Dream Corps.  Jones is a best-selling author and served as greens jobs adviser to President Barack Obama. He has founded and led four not-for-profit organizations engaged in social and environmental justice, including the Ella Baker Center for Justice.

He advocates initiatives such as #cut50, #YesWeCode, and Green For All as innovative solutions to “close the prison doors, open the doors of opportunity, into a new green economy.”

The technology training center is named for David Glover, executive director of OCCUR for more than 20 years until his death in 2013. It is dedicated to helping disadvantaged youth and adults in East Oakland and narrowing the digital divide. 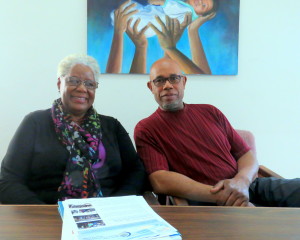 “A large number of young people are just out there. We see them hanging out at bus stops and getting into issues and police interactions, so we are really trying to reach that whole population,” Alexander said. “We can train them. Our big push is to make sure we do the outreach, to have the teachers and staffing and the equipment necessary to have a wonderful program. We have an outreach person that will really get the word out about our center, because we are here and we’ve been here !”

William Hammons, Director of the DEG-ETC,  told Oakland Voices that  the tech side of the program will teach students the Java, Python, and Scratch programming languages.

“We are moving forward with our new youth program which includes video production and digital media. This also includes mentoring and what we call Perfect Pitch, which will help youth pitch ideas for new businesses and products,” he said.

The fundraising event will feature  celebrity hosts: Devon Franklin (author, film producer, and minister) and Meagan Good (actress in “Think Like a Man,” “Anchorman 2,” “Jumping the Broom”). Julius Robinson, Union Bank’s EVP and head of Corporate Responsibility, will be Master of Ceremonies.