In Oakland, California, I recall the early years of going with my father to choose a pine tree from the sales lot across the street from Lake Merritt. We would place it on the roof of his station wagon and drive around the corner to unload it and drag it into our yard. I remember my young and cheerful mother, joyful sisters and me and all of my brothers helping to decorate the tree, in our living room, with Christmas ornaments. 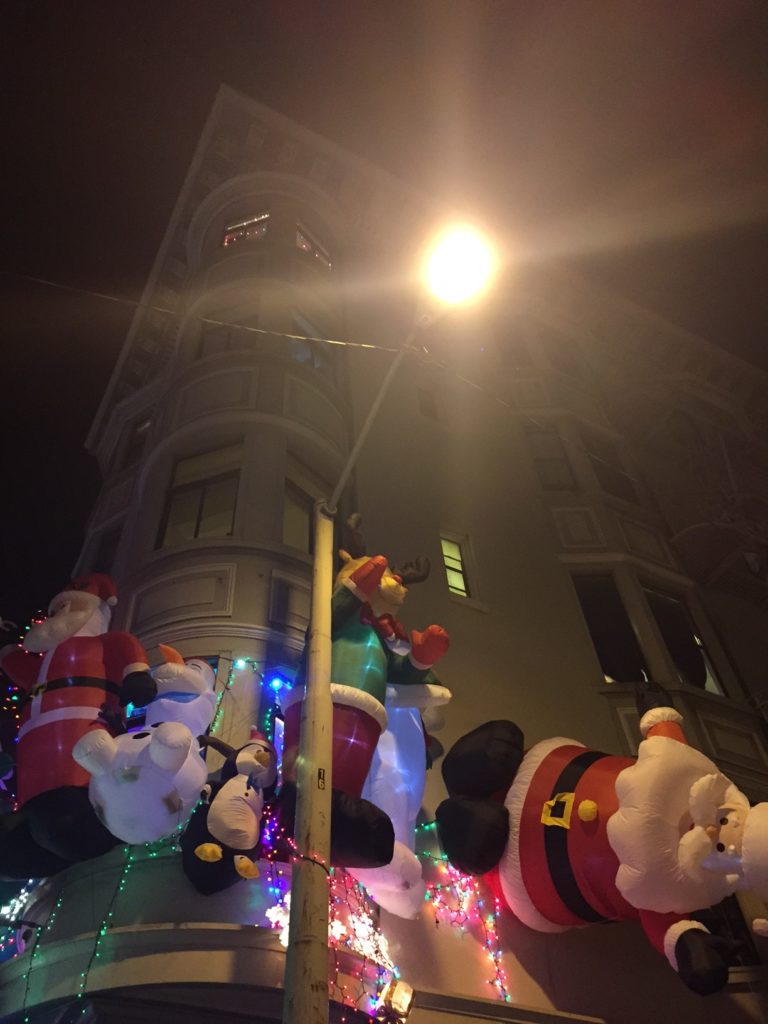 When we were small kids, the high ceiling of our Victorian style house seemed really impressive to me and we were able to choose very tall trees. The scent of pine wafted throughout the entire first floor of the house and the large windows brought in plenty of natural light.

Soon thereafter, our parents would take us to Toys “R” Us. We would spend the entire day walking around in the various aisles. Our mission was to find the toys that “we wanted Santa to bring us.” Once we had selected our toys, our parents would take everything to the cash register and my father would pay cash for everything, including the wrapping paper and bows. He did not like to rely on credit, especially if he could pay cash and minimize accrued interest rates. There seemed to be lessons in everything he did.

Those early experiences helped us to see our modest (working-middle-class), yet loving condition in the world and we were able to see that the language used was equally educational. My parents would say “Santa this” and “Santa that,” but all the while demonstrating with their actions/affections that their efforts were what brought us the merry holidays, including the eggnog and whiskey which we kids were allowed to taste but not drink.

We understood early on that the birth of Jesus Christ had become a commercialized event in an overwhelmingly Protestant population of the United States. However, because we went to Catholic elementary schools, we gained a slightly deeper historical view of the manger scene, with the mother and father of the baby Jesus and the three Wise Men.

In fact, when we went to the house of our aunts or grandparents, they had figurines and replica mangers with hay and even sheep and goats. The Wise Men looked like middle -aged men with shiny dark hair and very thick flowing beards. Several of my uncles were interchangeable in general appearance with the Wise Men characters.

I later had the awesome opportunity to travel to the Catholic Philippines and to experience the Christmas holiday celebration in an amazing carnival- like atmosphere which lasted several days. There I saw in a church ceremony a child Jesus who was Philippine and it again shifted my perspective. My point of view had been conditioned to expect a cast of characters who looked like the original peoples of the Middle East rather than the portly Anglo Saxon Santa Claus portrayed throughout the entire United States. Now this new conundrum caused me to re-evaluate the entire scene.

“Christ” is a spiritually- attained level and not a last name. It’s like reaching Buddahood. Therefore, the idea of a Philippine baby Christ stunned me into reflecting on my own limited and shallow understanding of the true meaning of holy days.

What could be more sacred in any part of the world if not an infant? In fact, was it not the prophet Jesus himself who reportedly stated “wherever you find a child there too am I”? Was he not speaking of the Spirit?

When I returned to my native Oakland and the Bay Area, I learned to look for the spirit of Christ in everyone that I encountered and I continue to seek that same spirit in everyone including myself; and because Oakland is probably among the most diverse cities in the entire United States, it is easy to see the Multiple Faces of  The Divine Source here in our town.