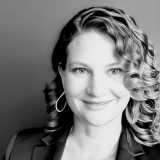 Ericka Huggins, the activist, educator, and poet, begins her class at Merritt College “The Black Panther Party: Strategies for Organizing the People” by having students[Read more]
Mural concept art by Nicole Gervacio Early in the morning on April 5th, 2014, the body of a young woman by the name of Kimberly[Read more]
At 9:00, the approach to the 580 freeway on Lakeshore seemed almost quiet at first. But on Lake Park, a street that runs parallel to[Read more]
Early on in the summer, I met mayoral candidate Joe Tuman, endorsed by the Oakland Tribune, at Love Our Lake Day. He spoke with me[Read more]
The Oakland mayoral race cannot be escaped these days. On the eve of the election, any politically-minded Oaklander’s feed is full of  “@” mentions, #mayoral[Read more]
The race to become Oakland’s next mayor is serious business with serious consequences for the people of East Oakland, who often face issues that only[Read more]
Oakland Voices asks booth hosts at Tassafaronga Park’s Oakland Movement Festival: “What do you think is the biggest health issue facing our community today?”
A few months ago, I took a group of neighborhood kids up to the end of our block to a big old oak tree. We[Read more]
When the verdict for the officer guilty of the shooting of Oscar Grant was issued, you could sense the tension in the air. None of[Read more]
National Night Out, what a turnout this year! There were so many in the Clinton/ Bella Vista area I barely scratched the surface going to[Read more]