The InterTribal Friendship House: A Tradition of Growing

It’s a sunny and clear Valentine’s Day morning, and young and old arrive at the InterTribal Friendship House (or IFH) to ready the community garden for spring. There are trays of seedlings that need to be transplanted, dried herbs and corn that need to be cleaned and bagged, and after the rains earlier in the month, many weeds that need to be pulled. An elder woman shows a young man how to cull the weeds from the raised beds and leave the sweet grasses. The mood is calm, and people speak to one another quietly. A man with a long ponytail carries a seashell filled with smoldering cedar needles from the garden to a large meeting room inside the IFH facility. 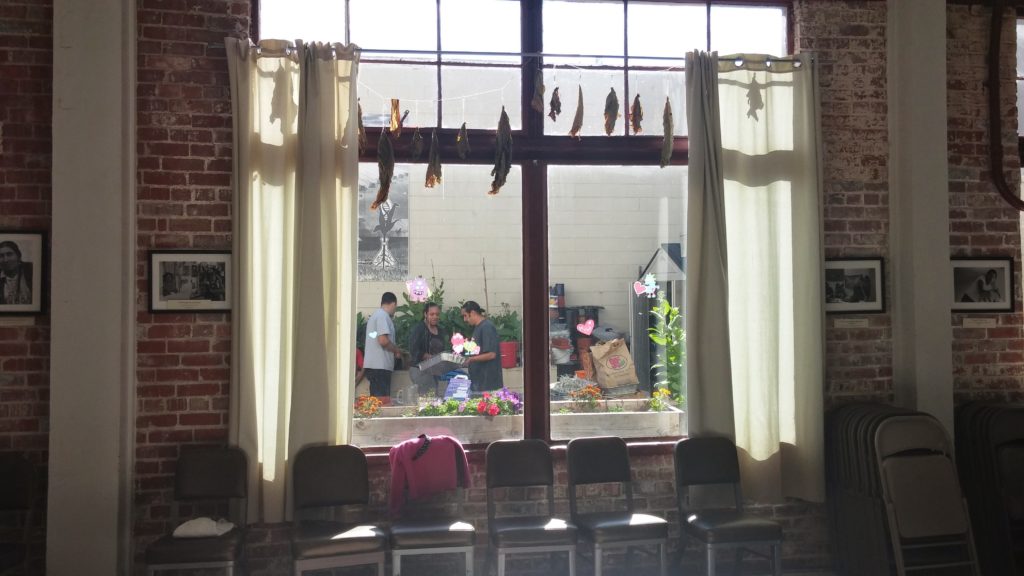 Carol Wahpepah, Executive Director of six years, explains a bit of the history of the InterTribal Friendship House. It was founded 60 years ago by the American Friends Service Committee, a Quaker organization dedicated to social justice, as a response to the influx of Native American newcomers to San Jose, Oakland, and San Francisco. In the late 1950s through the 60s and early 70s, the Bureau of Indian Affairs and the federal government worked to move Native peoples off poverty-stricken reservations and rancherias (the Californian term for reservations), and into cities throughout the West and Midwest, such as Denver, Minneapolis, Los Angeles, and the Bay Area. Those who chose to relocate (200,000 total, including thousands to the Bay Area) were issued a one-way bus ticket and promises of jobs in their new city.

“When they arrived here, they were not used to having electricity or taking the bus. Some didn’t speak English.” Wahpepah says. She came across one account of a Native woman who arrived in San Francisco for the first time; “It took her two hours to cross the street, she was so overwhelmed.”

But many took advantage of the opportunities in this new, strange environment. The BIA (which at the time had an office near Crab Cove in Alameda) offered job training in skilled professions such as welding, secretarial work, and shop keeping. Wahpepah gestures to the row of chairs she’s sitting on and points out that they were recently re-upholstered through the efforts of an IFH member who received training in sewing from the BIA programs. 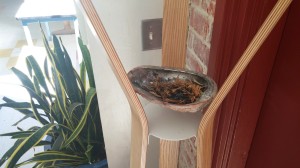 The InterTribal Friendship House became a cultural and spiritual base for those who were forging their new lives in the Bay Area, in effect, an “urban reservation.” People from different tribes who were members of the IFH married, raised children together, and those children married each other. “Everyone calls each other cousin here,” says Wahpepah with a smile. At a recent holiday gathering, 98 tribes were represented, and throughout the year nearly 8,000 Native Americans pass through the doors of IFH. Last year, a group of native people from Norway came to visit. “They didn’t look much like us, but their traditional clothing was very similar to ours.” says Wahpepah. 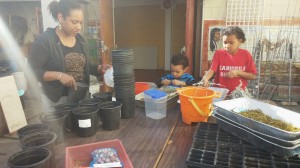 Programs and services evolved over time in response to need and funding, ranging from practical aid in the vein of housing assistance and educational programs, to social ones, including a single’s social club and Elder’s luncheons. Today, the IFH’s calendar is filled with cultural events such as drum and dance practice, bear-grass basket weaving, and yoga. In addition to the daily calendar, many special ceremonies take place at the IFH, such as a Navajo naming ceremony, an Honoring of the Elders and Honoring of the Children. Holiday events draw large crowds from the IFH community. Last year, the organization featured a Santa Claus, wearing traditional native clothing in red and white with a turquoise-colored stag as a reindeer, who gave presents to the attendees of a 200-person turkey dinner.

It should be noted: health is a priority at IFH. The herbs grown are used in teas for minor digestive ailments, and the food served is salt and sugar free. No soda is allowed on premises, either. Wahpepah explains diabetes poses a great health concern in the Indian community, and the IFC wants to set a clear path of healthy living for its members. 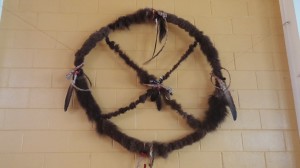 But the garden, set on a sunny lot that was once a playground, is a bit of a metaphor for tribal integration. Wahpepah recalls “a woman from Six Nations (a large central Canadian reservation) who was in her late 90s, and looked at containers of sweet grasses growing and said ‘these are just weeds’. But then she harvested it, smelled it, and said ‘ah, this is medicine.’”

Plants from throughout the Americas are grown together with native Californian ones. Sage from the southwest mingles with grasses of the plains. The cedar that is burning today doesn’t look the same as the cedar of the Midwest, but all agree, it it smells “right”.

Head gardener Julia James, a Navajo woman, is fully in charge today. Many of the younger members I spoke with immediately pointed me her way. She took over the garden after her cousin, Maggie Stone, passed away. “I have big shoes to fill,” James said. She shows me a package of seeds labeled “The Three Sisters,” a mix of corn, beans. and squash that can grow together and nurture each other in one container. It’s a reminder of what bounty a single space, given the right ingredients, can produce. 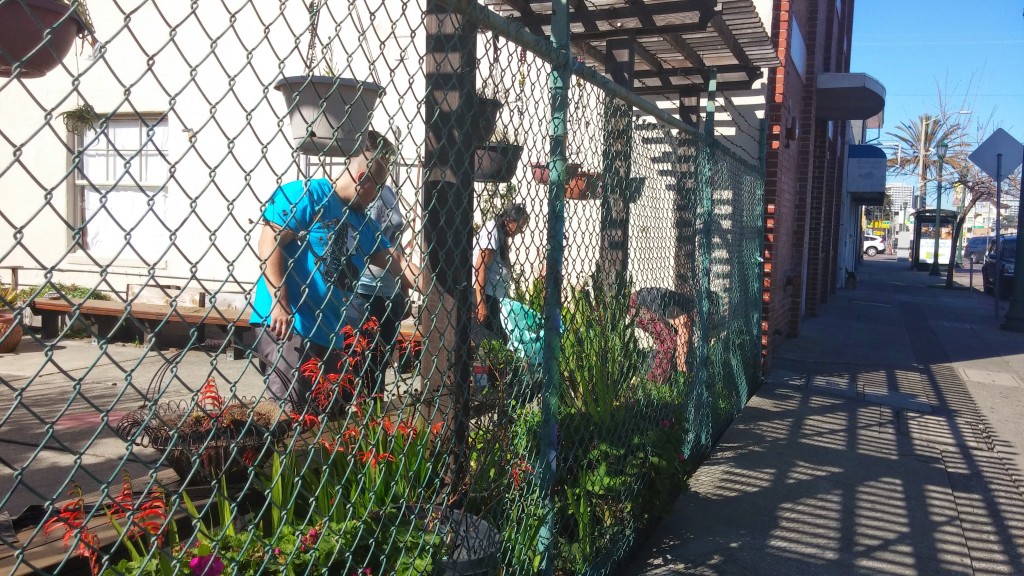 Readying the garden for spring at IFH