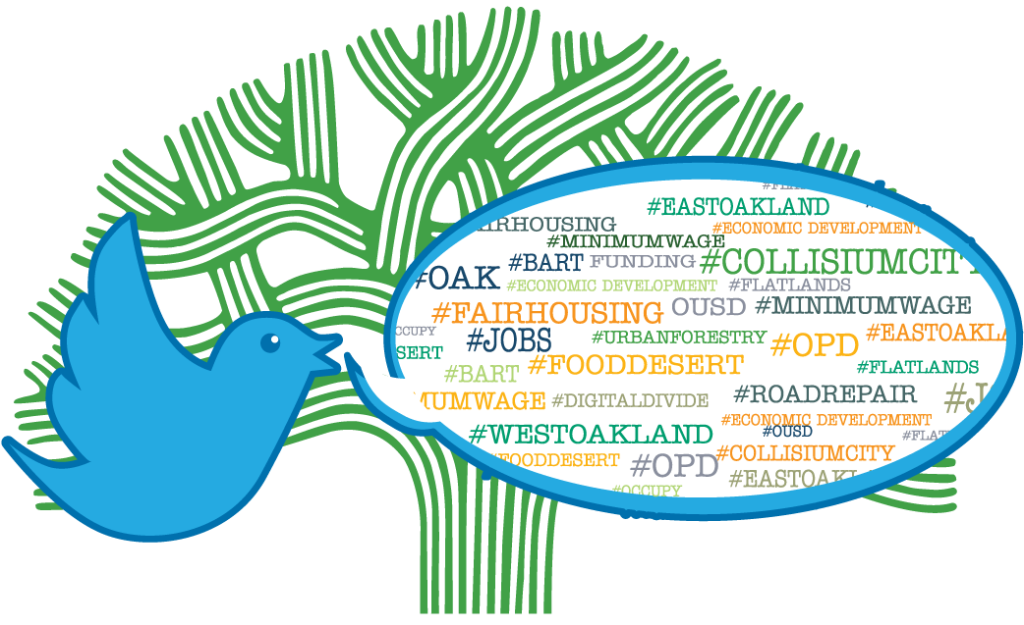 The Oakland mayoral race cannot be escaped these days. On the eve of the election, any politically-minded Oaklander’s feed is full of  “@” mentions, #mayoral hashtags, and links to polls and studies of varying relevance. Talk show host Jimmy Kimmel even got into the act spoofing one of the contenders recently (the horse loving, gun toting Peter Liu), as @oaklandunseen pointed out.

Not everybody is impressed with the candidates so far:

Kaplan is the new Perata 2014, Schaaf's campaign is erratic, who knows how Oakland feels about Quan and then you have Tuman sitting there.

It turns out, they all banded together to support one another as city hall outsiders.  OKCouncil said:

This Tuman, Parker, Ruby alliance is desperate and gross. And more than a little selfish and manipulative on the part of Tuman. #oakmayor

Rebecca Kaplan lost her lead in the polls, but she kept her energy up:

Kaplan for Mayor on importance of urban ag and how Oakland can gain food and water sovereignty. #LNEOakland2014 pic.twitter.com/RLCg52QPIe

But there are some who believe Jean Quan will win the re-election.

If you read any article on the #oakmayor race in the next 7 days that discounts Jean Quan's chances, ball it up and throw it away.

In the end, there’s always this charming “selfie” of all the candidates at the Oakland Sports Forum on the night the Giants won the world series.