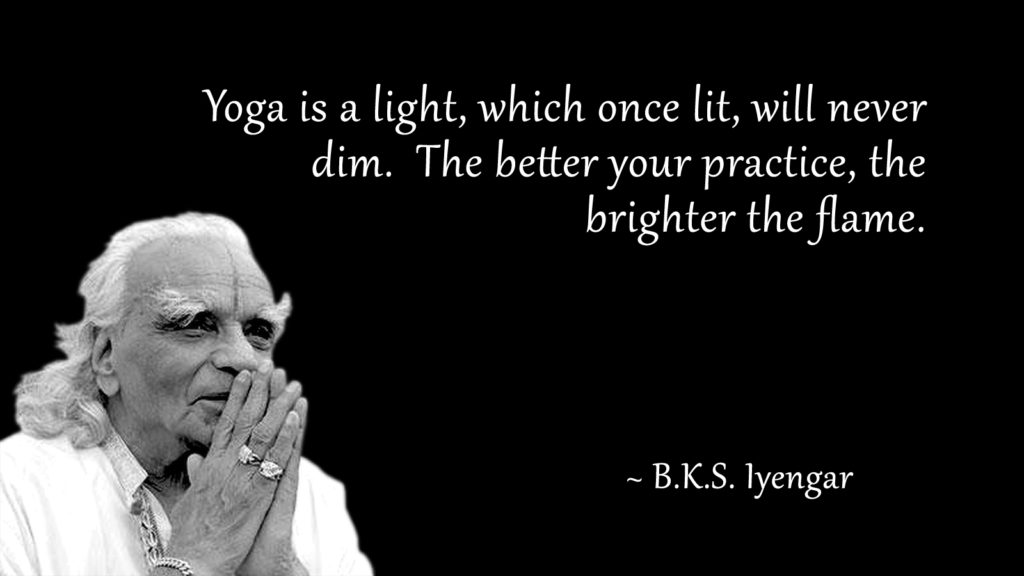 “No struggle.  No strain.  Be happy,” the clipped yet gentle voice of my yoga teacher rings in my ears as I make my best attempt to stay in an impossible pose, smile and breathe, simultaneously.  I feel like a soft pretzel that lacks grace; some parts of my body clench, some are on the edge of giving up.  What do these words mean when you’re contorted in a difficult pose?  What does it look like not to struggle?  When I first heard him utter this command, I felt resentment.  Don’t tell me how to feel.  Don’t tell me to be happy. The audacity of his request irked me.  Over time, I’ve come to learn that I can find ease during difficult moments.  That resistance intensifies pain.  That acceptance and letting go are key tenets of a yoga practice.  These lessons have taken me beyond my mat. 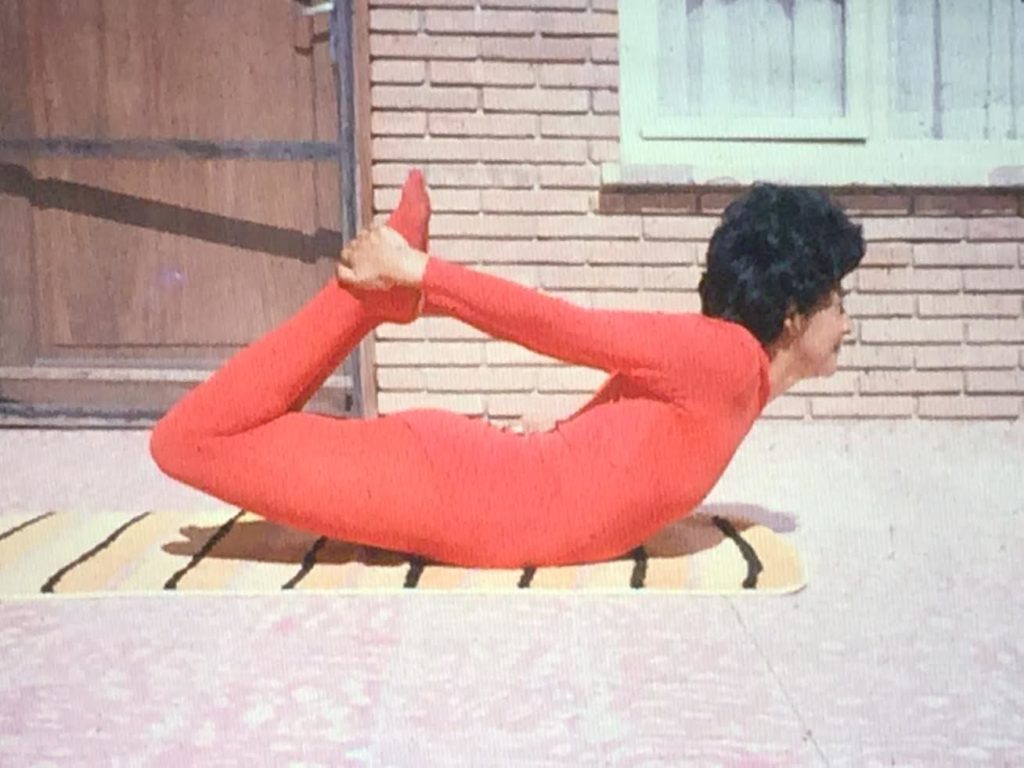 I came to yoga indirectly through my mother.  She was a practitioner and teacher of Hatha Yoga my whole life.  I watched her practice in my youth and I remember thinking she was weird and kooky.  Certainly none of the other mothers did yoga in suburban Denver in the 80s and 90s.  She did, though. 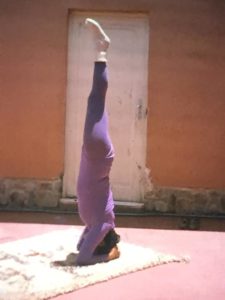 Regularly and quietly.  Yoga was an inextricable part of her identity.  My father wanted to be a priest or an opera singer.  His love for Catholicism is embedded into his identity the way my Indigeneity is woven into mine.  Spain colonized Bolivia, our homeland, and the Spaniards brought Catholicism.  South American Catholicism has morphed into a mixture of traditional, Roman Catholicism and Indigenous practices.  For example, most people in Bolivia go to church and talk about God.  If you ask them a question, they frequently respond with, “si Dios quiera,” or, “gracias a Dios,” which mean, God willing, and thank God.

When construction is done at your house, a dried llama fetus must hang from the ceiling in a specific corner and then be buried later, or contractors will refuse to work on your house.  When I was a small child in suburban La Paz, we lived across the street from our church, Iglesia San Miguel Arcángel, and it was an integral part of our lives. 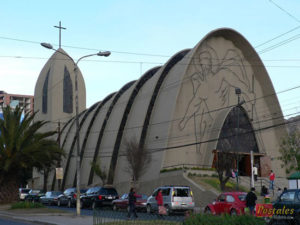 There are photos of bearded priests in colorful garb dabbing water on my forehead as a baby.  Padre Nino, one of the priests, was a fixture at our house.  I remember his warm, friendly face. My four siblings attended Catholic school from kindergarten through the end of high school, as did my parents. My siblings had a First Communion, as did my parents.  I participated in neither, as I grew up largely in the United States where life intertwined less with church than in Bolivia.

In our house in the United States, the walls were tastefully rife with Catholic images.  Some, my parents proudly brought from Florence, Italy.  There was a framed photo of La Pietà.  A high quality lithograph of El Greco.  Salvador Dali’s Last Supper lined a dining room wall.  I found the images intriguing and scary. 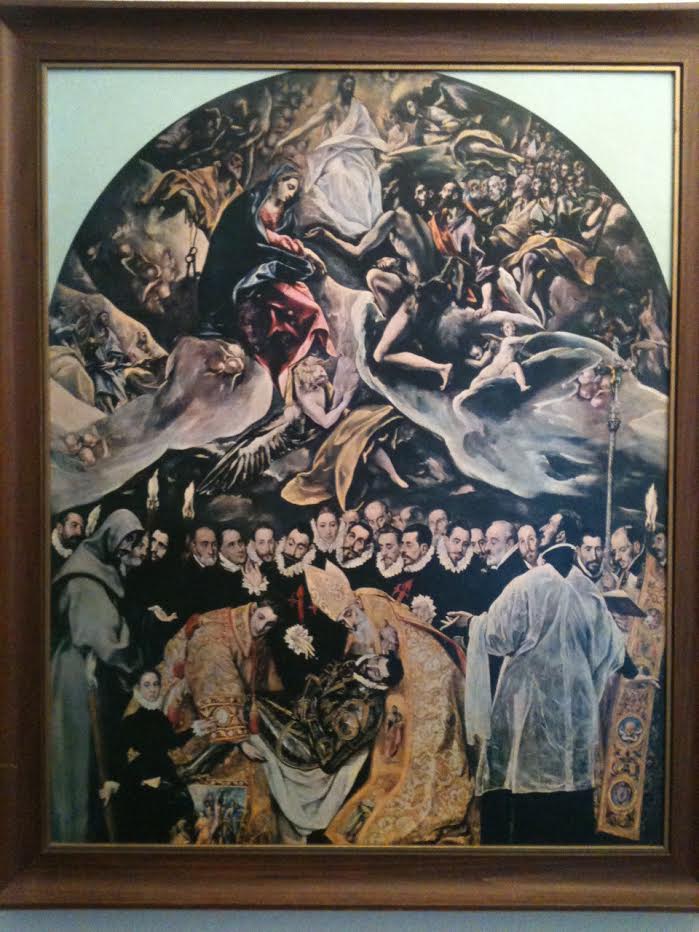 El Greco. I was obsessed with this painting that hung in my house.

My mom also had candles, rosaries, and Hindu prayer cards containing many colorful deities peppered throughout our house.  She never forced any particular religion or practice onto me and told me I could make my own worship choices.  She was available for counsel if needed.

She lost a big gold ring when I was in the fifth grade.  She retrieved a prayer card illustrating the patron saint of lost items, lit a candle, and asked me to pray with her.  I thought she was weird and folksy but indulged her anyway because she was so serious.  Her small, black eyes blazed with a faith that I could almost hold in my hand.  We prayed for the lost ring and made our way back to the mall parking lot where she thought she had lost it.  There, nestled next to a large tire of an SUV, her ring sat gleaming on the asphalt, unharmed.  “See Sandra?” she cried out jubilantly, “you just have to have faith.”  I always thought my mom had a special line to God.  They seemed close.

I watched Bill Maher’s Religulous movie a few years ago and felt struck by his premise that those in the trenches need God the most.  There’s a giant cathedral in downtown La Paz called Iglesia San Francisco. 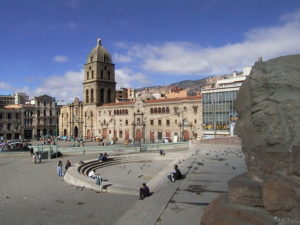 It’s an old Spanish structure surrounded by a plaza.  Pigeons blanket the grounds and vendors line the surrounding streets.  During a visit to La Paz when I was in high school, I watched an old Aymara woman kneel at the pew, consumed by tears, supplicating.  Her desperation alarmed me.

My feelings and opinions about religion are hard to separate from my disdain for colonization.  It feels forced, wrong and insincere to worship a god brought from a foreign continent that sits across a vast sea that reflects an image where I am missing.  My people are missing from that image.  Institutional issues within the Catholic Church like rampant abuse; hoarding of wealth; its intimate history in facilitating colonization and hypocritical messaging and behaviors repel me.  I watch the influence Catholicism has had in my family and culture from an impenetrable distance.  I am unable to make friends with it. My dad is one of the most generous and truly Christian people I know.  On an individual level, I respect those who live genuinely by a code of worship, no matter the label.  I see people driven by their faith do kind things. Nonetheless, institutional religions aren’t for me.

“I’m an atheist,” I used to declare, proudly, in my hot-headed youth.  Now, I have acquainted myself with doubt.  I’m not ruling anything out.  As I’ve aged, I’ve begun to connect with my internal self and cultivate a consciousness and a discipline of being present.  I don’t know what to call this, but I hesitate to assign labels.

I have followed my mother’s example of practicing yoga in a dedicated way.  My teacher, Richard Rosen, posits that yoga is neither religion nor spirituality.  He thinks it’s a consciousness and a letting go.  The etymology of yoga that most resounds with me is that it’s a union-method.  Union with self/spirit/god, if that’s your gig, and method—a way of getting there.  I am still walking my journey.  Although I am unconcerned with the destination, I feel more connected to myself and as a result, to others.  I am taking this practice day by day.  No struggle.  No strain.  Be happy.