It’s Saturday afternoon and three rows of children stand frozen in anticipation, waiting for their Martial Arts Master, Sifu Bill Owens, to walk them through the next sequence of gestures. After the children mirror his right arm outstretched, jabbing the air with his palm open and fingers stiff, he pauses to ask them how that gesture could be used to evade an attacker.

“Aim for the neck,” one child offers. Owens agrees and then has one of the girls in the front row demonstrate her strong jabbing motion aimed at his own neck to reinforce the lesson. 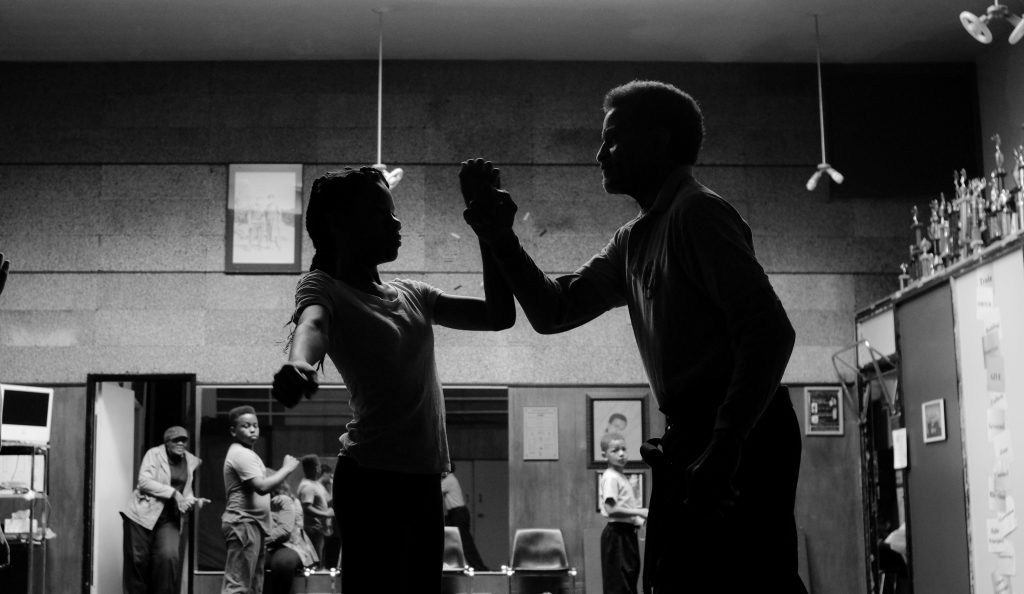 Owens began teaching martial arts at 24 and opened the Cascos Martial Arts Academy in East Oakland, in the early 1970s. Now 74 years old, Owens will mark his 50th year of practice with a special celebration on October 21, 2017, at Geoffrey’s Inner Circle.

“In my early days, I was so focused on competing back then. If only I had the maturity and understanding I have now. I would’ve focused more on the mind. Martial arts is a holistic mind-body practice,” he explained.

As you step through the doorway into the practice space located at 7415 MacArthur Boulevard, the energy is warm and relaxed like family. Signs of Owens’s legacy line the walls. Countless trophies stretch to the ceiling in the front of the room. Framed photographs of generations of former students line the back wall. 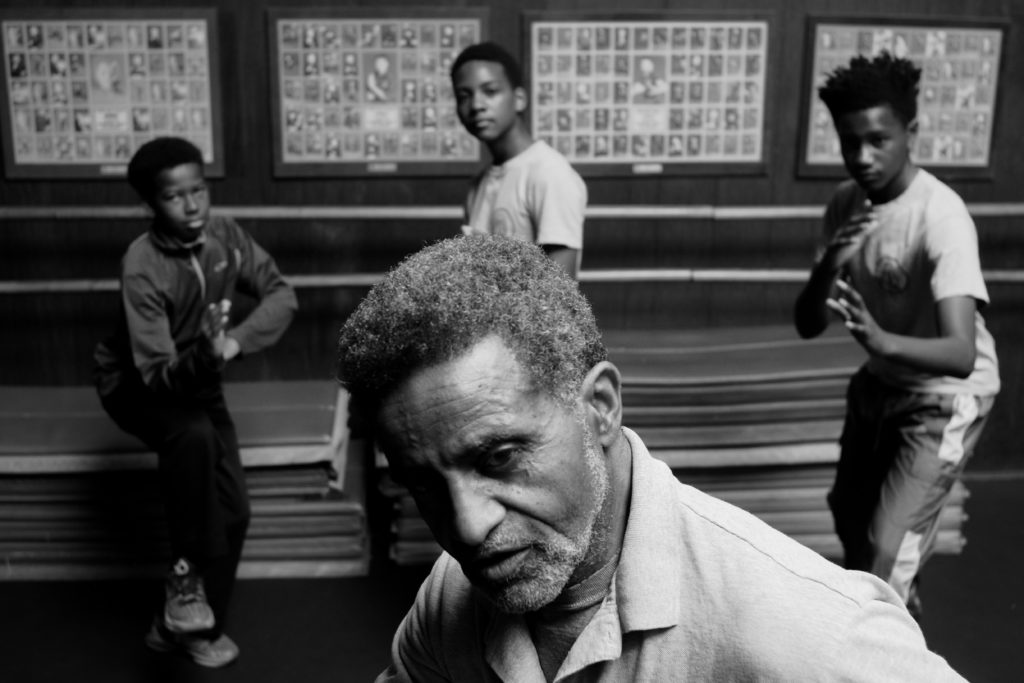 When conversation turns to the challenges of the neighborhood, Owens said,  “Over the years, the neighborhood struggles to live holistically. Most folks are just trying to survive.”

“But the work we do here is extremely rewarding. More rewarding than I could ever show because it takes student dedication and time to see the growth I get to see in them.” 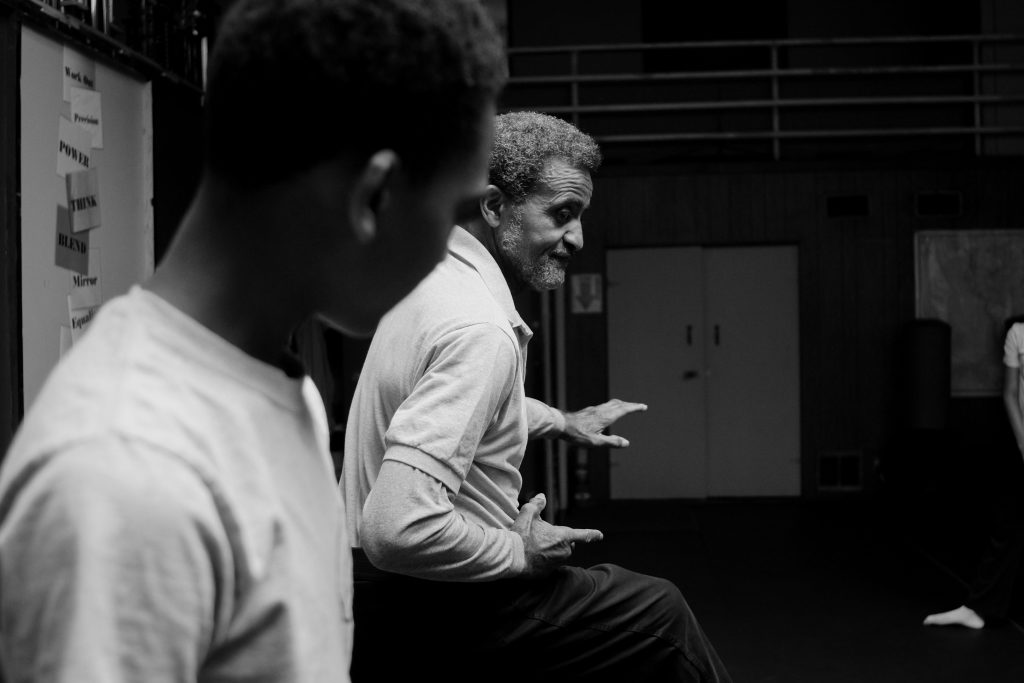 Pillar in the Community

Like master turned student, Owens described how much he learned from the community, too. He explains that he wasn’t always aware of the impact he had on youth who weren’t taking his classes until later in life.

He describes being stopped by grown men who share stories like, “Sifu, you don’t know me but I grew up in neighborhood. You shaped me. I couldn’t afford classes or anything. But I used to tell people I knew you.”

Owens lights up as he describes meeting these men, who may have been hardened in their youth, but out of respect for his martial arts academy would never dare walk past his door with a brown bag of liquor in their hand. 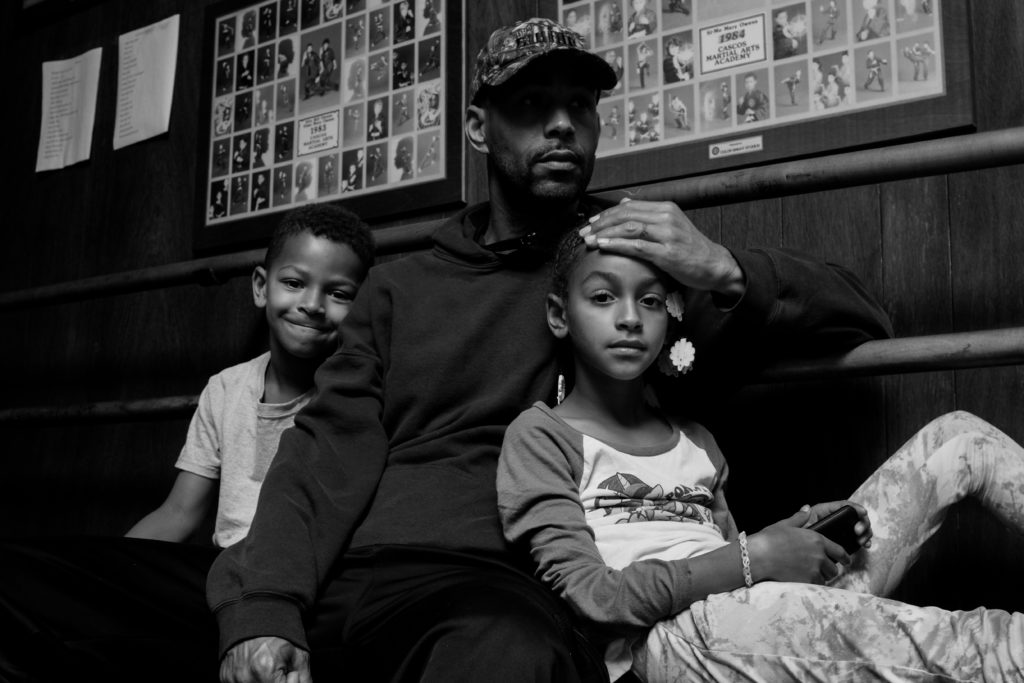 Owens gestures out to the street. “If I had known at the time, I could have done more outreach. Back then, if young men were up to no good in the neighborhood, I was happy to have them keep on walking past.  Now looking back, I should have invited them in. I should have said, ‘Hey, you out in the streets, come on in here, let’s see what you can do.”

Owens explains that in the early days of his practice, “I used to wonder, ‘Does anybody hear me? Do they understand what I’m trying to teach here?  But now, I realize, at the last count, I think we have 43 students who are third generation students.”

One such student on this particular Saturday, came with her mother all the way from Santa Cruz.   Both her mother and grandfather had studied martial arts with Owens. We gather at the back wall to seek out the photos of her grandfather in framed photographs with other classmates of the 1980s. 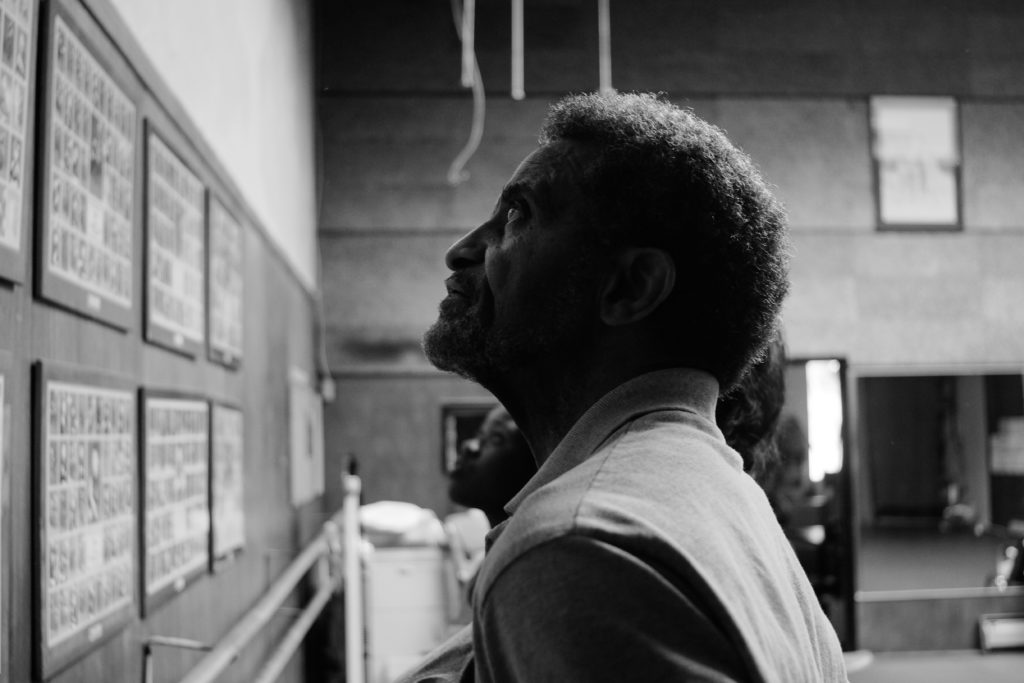 Owens offers another story, “One day, an older man with a beard came in with his child.  He explained he was a former student. It struck me to see this grown man with a long beard, so we did the math.”

After Owens and the former student finished counting back the decades, he explained why he signed his son up for classes with Owens. “I don’t remember exactly what you said to me back then. But I just know that I want my son to hear it.”

Traditional martial arts spawn from different regions and cultures. Owens’s methodology, known as Blossom Fist, is rooted in the Chinese tradition with flowing techniques that include mental and spiritual components.

The wall by the studio entrance includes photos of Owens with his original masters below the words “SYSTEM WITHOUT A SYSTEM.”  Owens explains the mantra as, “Students need to open to change. Be creative. Don’t be rigid stuck to the system. Just like a flower the Blossom Fist is constantly opening and growing.” 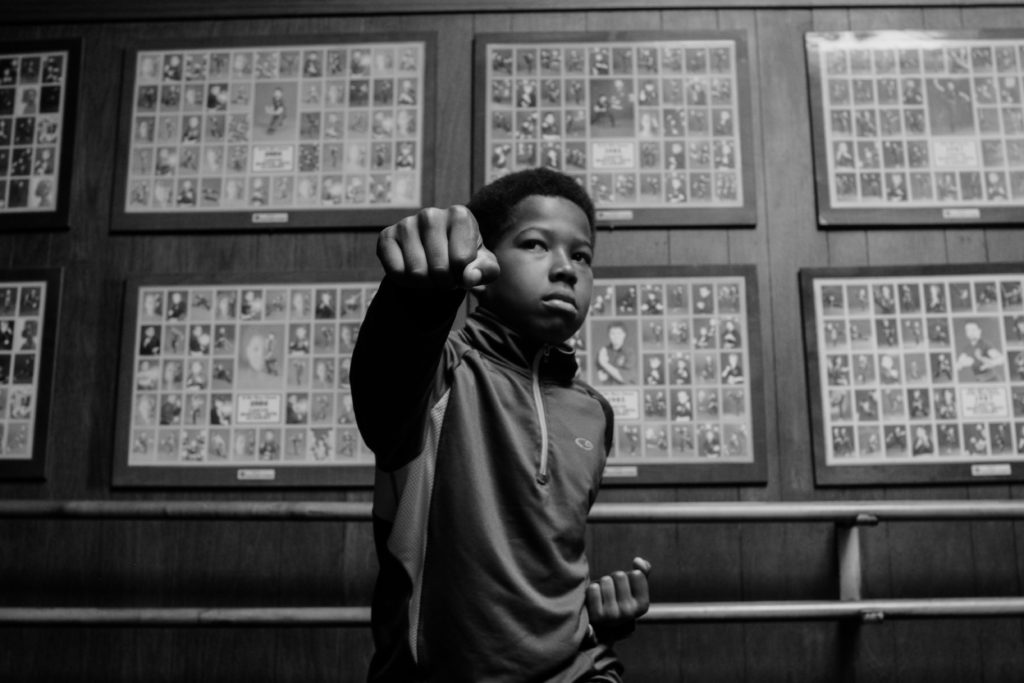 He continues, “Some trophy- seeking parents don’t get it.  Mostly men, they don’t always come with the holistic mindset.  Moms usually get it though. They understand there is a process to learning a martial art. You got to stay with it until you understand it’s not about a fight. It’s not Jackie Chan movies and Teenage Mutant Ninja Turtles cartoons. It’s about getting your mind right, for the exam, for the term paper, for every challenge coming your way.”

Owens also stresses the value of de-escalation. Sometimes, the philosophy of martial arts means choosing not to fight at all. “It’s important to let the kids know, it’s not always best to fight. It’s best to choose. You have the choice whether to run or to the fight.  My student will be the one that decides and controls his or her fate. I tell the kids to have the attitude, ‘I’m gonna run, but if you catch me, it’s gonna be like catching a disease.’” 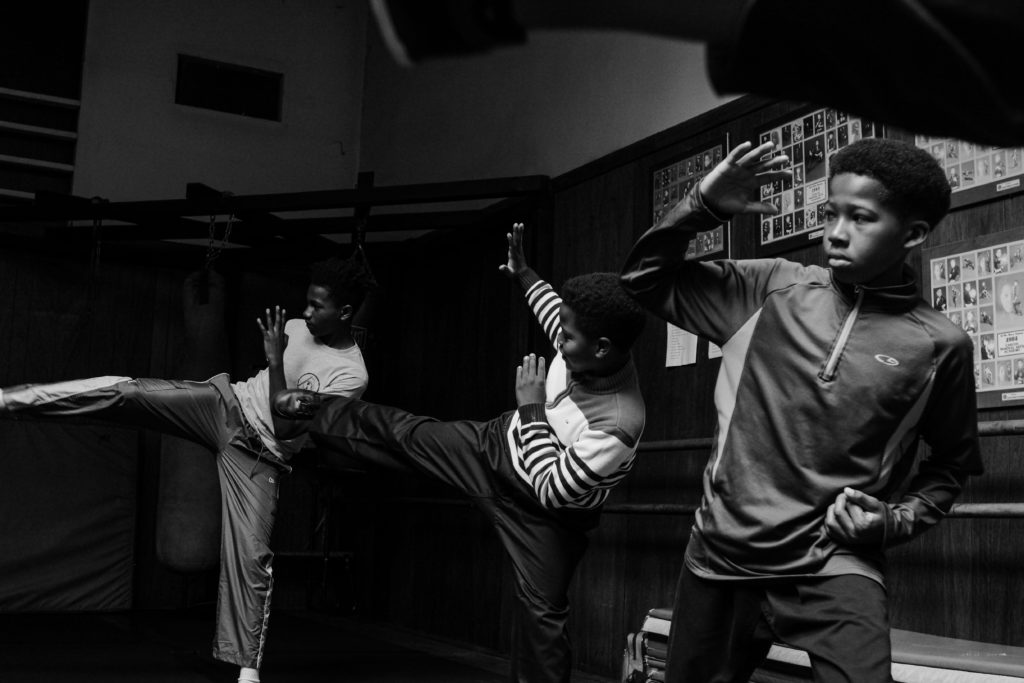 Ancient Arts in the Technology Age

When asked if he has noticed a change in the youth as smartphones become commonplace, Owens laments, “I’ve never had a generation like this right now. These gadgets affect them the most.”

Owens thinks that the hours lost to video games has also contributed to a lagging interest in martial arts in general. He said at the academy’s peak a few years ago, they had over 200 active students; now they are down to over 50. 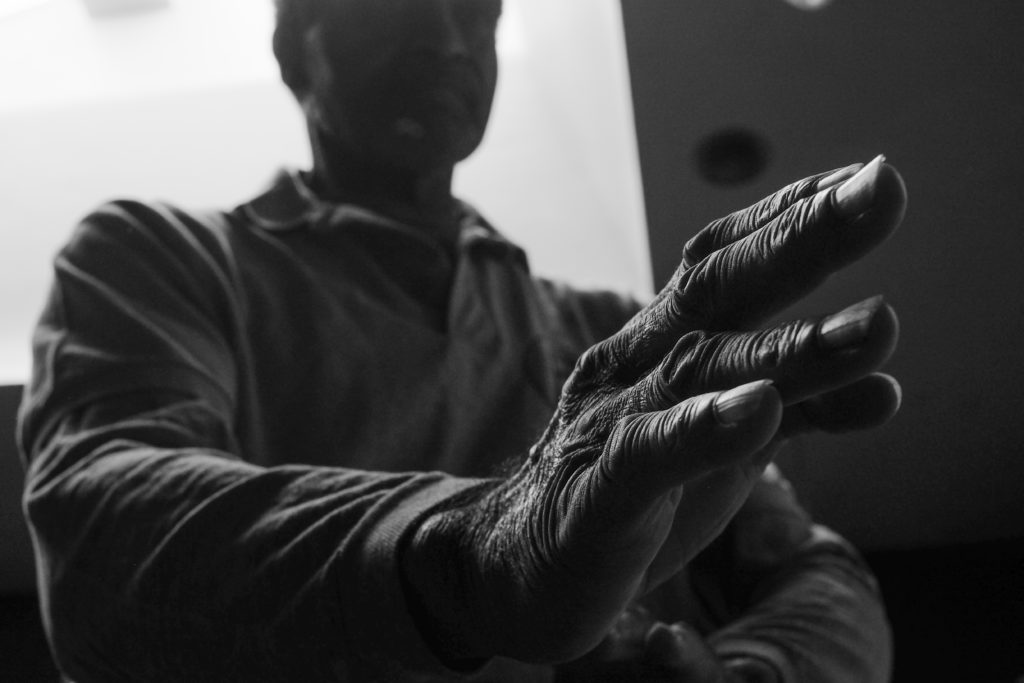 Heartfelt worry spreads across his face as Owens adds, “They have lost the value of practice. They have lost respect for persistence. Technology may speed up how fast they can get to a piece of knowledge but that can’t replace the act of actually studying that knowledge. That’s why I tell my students, ‘study still stands’ as a reminder that mastering something takes time.”

His smile returns as he recounts an example, “I was teaching a class out at Prescott School in West Oakland. I noticed two boys sitting down in the back, not participating. I asked them why.  They responded, ‘You showed us this yesterday. We already know it.’”

He let out a laugh and slapped his knee before he continued. “Well, since they were experts, I asked them to come up front and lead the class. They jump up to face their classmates, with their fists up and say to me, ‘Ok, how it start?’ I answered, ‘But I thought you said you already knew it.  Maybe you should go back and sit down.’ Then I talked to the class about how seeing something one time, doesn’t mean you’ve learned it. You do it over and over again to get better with it each time.”