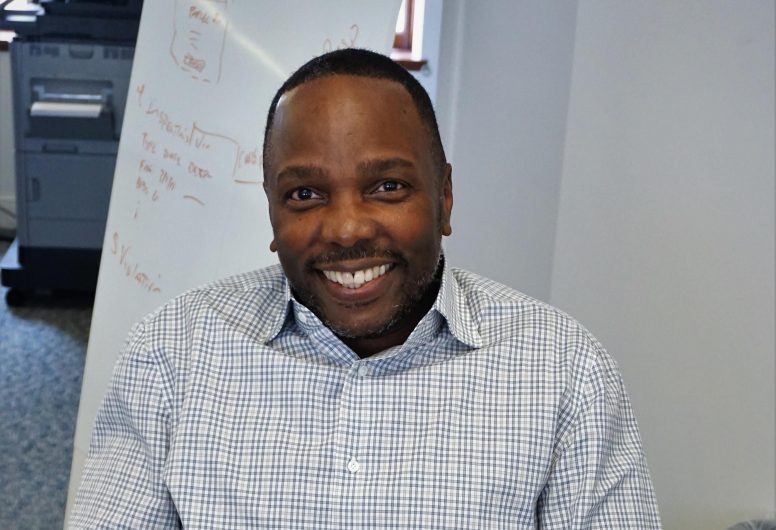 Andrew “Pete” Peterson, Oakland’s new head of technology, has a mission: improve the digital aspects of Oakland government, and do all he can to make sure Oaklanders have equal access to technology, no matter where they live.

“I want to use my skills and have an impact on my community,” said Peterson, the city’s new chief information officer. “I want to give my neighbors tools and access they can use to make things better in the city.”

His plans include expanding fiber optic cable to provide high speed internet access to downtown Oakland and all the way out to East Oakland, and devising a system that allows residents to monitor their interactions with city departments.

A resident of Deep East Oakland, Peterson has served with community agencies such as Clinica De La Raza, and has also started businesses such as Up Communications. His IT career began at IBM, where he worked with the team developing DB2, IBM’s signature database. He also worked at Platinum Technologies. He has a computer science degree from Purdue and an MBA from University of San Francisco.

He picked up the nickname “Pete” when he played baseball and basketball in high school back in Ohio.

Peterson notes that he did not come from a wealthy or middle-class family and he was the first in his family to go to college.

“I understand conditions in East and West Oakland because I come from those conditions,” he said. “There were seven of us in a 900 square-foot house growing up. I know where I came from and that has shaped who I am.”

He said he wants to embrace the challenges of income and education disparity and a lack of equity in neighborhood development. As a resident of East Oakland, he said he is sensitive to the issues of trash and illegal dumping in his neighborhood.

“I’m here to ask how can we use technology to make the city better for everyone. IBM taught me to get requirements right and that involves understanding where you need to go,” he said.

Mayor Libby Schaaf called him “the right person with the right skills for this position.”

Peterson and Schaaf are scheduled speakers at this weekend’s Oakland CityCamp, an open conference where residents and city staff can propose and discuss digital approaches to issues and needs in the community. The free event will be at City Hall and registration is still open.

“I’m finding that the city is doing a lot of good things but we have to do a better job of
letting our residents know what’s happening,” Peterson said.

As he talked, the ideas just kept coming. He spoke about devising an online system that tailors city services to residents. Or making it easier for people to log on and track the status of SeeClickFix reports they made about illegal dumping, or abandoned cars or any number of non-emergency issues.

“Or, like with your bank, you may want to get your statements by email,” Peterson said. “If we have 15 or more mobile apps, wouldn’t it be nice to have one view to see which ones you want? And to choose which alerts go to your phone?”

With a digital foundation, he said the city can start integrating and adding ideas from citizens, city departments or outside companies.

“Good ideas can come from anywhere. There is a great group of folks here,” he said. “I just want to help out. I want to make services better and to do new things in an equitable way.”