What I’d like to talk about is the attitude that has changed in the city of Oakland. In our neighborhoods—East Oakland, West Oakland, North Oakland—in all of our neighborhoods there seems to be a new attitude. It appears that this city is less friendly than the one I used to know—since I’ve lived here over 33 years.

The impact of gentrification has reached all parts of Oakland. It’s not only that families are being pushed out, but our cultural institutions, our artists, our cultural landmarks—such as Lake Merritt—are under attack by those newcomers who don’t understand the longstanding culture of Oakland.

There used to be a time when you could walk around Lake Merritt and see drummers, dancers and artists expressing themselves and enjoying the sun and warmth of a beautiful afternoon. Now, you have to have a permit or license to mix and mingle with friends and families over a barbeque. Maybe these rules and regulations were always on the books, but now they are being strictly enforced and are making people  feel that our cultural landmarks are no longer accessible.

When I’ve asked residents of East Oakland what they think about the changes taking place in Oakland, an artist friend—who asked that I not use his name—said that he feels that Lake Merritt does not feel the same. As a life-long resident of East Oakland, he used to go to the Lake with his children. They would have a light barbeque, play drums and his kids would feed the ducks, birds, swans and all the friendly wildlife in the park. Now, he feels that the atmosphere is not the same for himself or his children and he would rather go to a smaller, less populated neighborhood park that is somewhat off the radar –such as Dimond Park or San Antonio Park. It’s not the same, but what are you going to do.

The last time he visited Lake Merritt, he had a minor incident with a few skateboarders in the area behind Fairyland. The incident could have escalated, but he chose not to engage in an ignorant situation. Since then, he has decided to stay closer to home in East Oakland and go where he feels safe.

Now, I’d like to mention a situation that is brewing between new residents in West Oakland and a local church. Although, it’s happening in West Oakland, who’s to say it couldn’t affect one of our great institutions of worship in East Oakland. This is the kind of change and shift that concerns me a lot. Briefly, what’s taking place with the Pleasant Grove Missionary Baptist Church in West Oakland is they have been accused by a neighbor of excessive noise and loud music and to be in violation of the city’s nuisance ordinance. Can you believe the arrogance of some new neighbors who think they can dictate how long you can have choir rehearsal?

They are charging that the loud singing, organ-playing and drumming is going on until 2 am in the morning. Do you know how ridiculous that sounds—after all, Empire comes on at 9 p.m. and all the church Sisters want to rush home and see Cookie’s latest escapade! To make matters worse, there is a $3,500 fine and a $500/per day penalty for non-compliance. Of course, the church cannot afford this. This is not the Oakland that I know.

So, you tell me readers, do you see the changes that are happening in Oakland? When a place of worship can be attacked for carrying on a long-standing practice and our culture is being minimized by those who don’t understand it, is that the Oakland that you want?

Just on Columbus Day/Indigenous People’s Day there was a call to action by a local organization in protest of the attitudes that are making Lake Merritt feel unwelcoming. I went to this rally to hear what some of the residents from various neighborhoods had to say about the changes at Lake Merritt. What I heard over and over again were complaints about the attitudes of some people who feel that the Lake is now their private park and should be available only to them.

So, getting back to East Oakland, I want to share a personal story that I both witnessed and was drawn into. This week I went to my local grocery store on Fruitvale Avenue to shop for dinner. I pulled into the lot, checked my cell phone, and made sure I had enough money in my wallet to get the things on my shopping list.

I heard loud voices and profanity coming from a person who was walking through the parking lot. Getting out of my car, I saw a stylish and elegant African-American woman who looked like she was in her early 70s. She was exchanging heated words with a young Caucasian male who was barely out of his 20s. He was directing a lot of four- letter words toward this woman and she was shaking. So, I intervened, and could see that it was all over a parking space.

After he told her to “go f*** herself,” I stepped in but I couldn’t do what I wanted to do. I just told him “you have no idea what you are about to get yourself involved in” and I walked with her into the store because she was so upset and embarrassed. She said, “why was he so angry about a parking space? I didn’t see him.”

I told her, “it’s not about the parking space, ma’am, it’s about privilege and an arrogant attitude  they possess.” I stayed with her and walked around with her until she felt safe because he was somewhere in the store as well. Again, this is disregard for the culture and long-time residents of Oakland—this is blatant disrespect for culture, traditions, and the institutions of all the neighborhoods of Oakland.

I don’t want to go off the beaten path, but this is a story that had to be told. The culture of Oakland is being tested by those who have no respect for this city. All of Oakland should rise up and protest how wrong this is. Until we change the attitudes of this new renaissance that is coming into Oakland with people who feel that they are entitled to say what they want and do what they want, then we are all at risk. 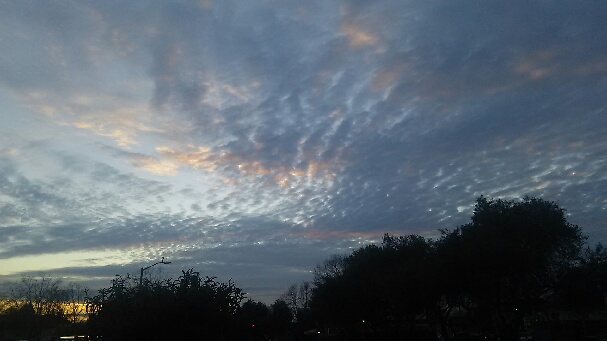 Folks, I got my ear to the ground and this is what I’m hearing. West Oakland, East Oakland, North Oakland – there is a cultural divide and I don’t know how we can heal it. All I know, is that Oakland deserves better than this. Peace.