Human Trafficking Stats in Oakland for 2015

The human trafficking statistics presented by the Oakland Police Department at the November 10th City of Oakland Public Safety Committee Meeting were disappointing, and show that the city is still struggling with effective ways to combat prostitution. 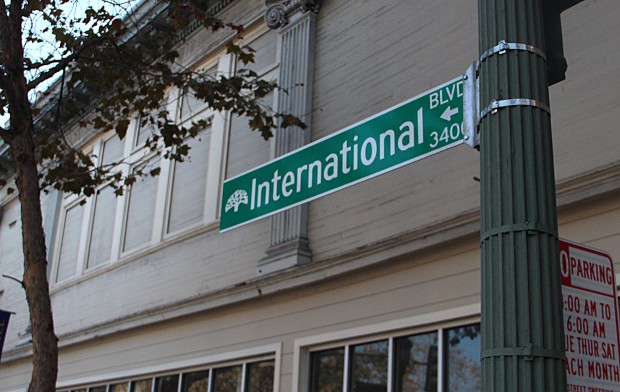 According to the Oakland Police Department’s  Quarterly Report On Crime Trends and Crime Reduction Activities so far in 2015, in regards to human trafficking:

– 319 females have been arrested

– 123 males/ Johns have been arrested

– 11 pimps have been arrested

These stats show that three times as many women are being arrested as opposed to the pimps and Johns in the City of Oakland. Clearly the victims of the trafficking are being arrested the most. After hearing the year- to- date numbers on the arrests, Council member Dan Kalb asked OPD,  “I assume those numbers are not your goals. Do you have a strategy to increase the number of pimp arrests?”

Assistant Chief Paul Figueroa said that as OPD ramps up for the upcoming Super Bowl, the department knows that human trafficking will increase and OPD “will have a task force and additional staff/ training in place” to help deter prostitution in Oakland during that time.

Lieutenant Kevin Wiley said that the “proactive efforts that we do as a investigative unit do show results, but also illustrate that the problem is growing. No matter what we do it’s not enough and we need a 24/7 presence out there combating this issue, making International Blvd, San Pablo, and select hotels hard targets, so people know the culture in Oakland no longer tolerates that.”

The problem is OPD is already short staffed and facing budget issues so will the department be able to set funds aside for this needed 24/7 presence?

Oakland residents and community members can also do their part to help curb prostitution by sending in anonymous Dear John Letters to OPD with the date of the alleged vehicle sighting, the license plate number, and the area where the transaction occurred. OPD will then send a letter to the vehicle’s registered owner stating that his or her vehicle was observed in a particular area that “has had an increase in drug dealing, vehicle theft robberies and prostitution activities.”

According to an article by Air Talk, Los Angeles officials are considering Dear John Letters to curb prostitution. Unfortunately per the report presented by OPD, only 19 of these letters have been sent out year to date, and it’s November.

In the meeting, it wasn’t clear why the Dear John Letter numbers for 2015 are so low. What was clear was that human trafficking and prostitution are serious problems in Oakland.

City Council member Noel Gallo said he wants to “introduce legislation to send a clear message to Johns. On your first offense, we will impound your car. On your second offense we will keep your car.” Gallo also suggested that the city may need to create prostitution- free zones. He said the City of Los Angeles  wants to partner with Oakland in writing legislation to make it more difficult for Johns and pimps.

All I know is when I drive down International Blvd., day or night, and I see these women/ men/ transgender people openly soliciting and in the face of danger, I know we as a community have to do something to help them.