Currently IFH sponsors many special events, including weekly dance and drum practices that are open to the community where you can hear live native singing and drumming from one of the local drum group’s All Nations.

You can find community wellness classes focusing on healthy living and a traditional way of life as well as beading classes, gardening activities and concerts featuring indigenous artists.

Almost all of the walls are decorated with colorful murals that help showcase what this community center is all about. 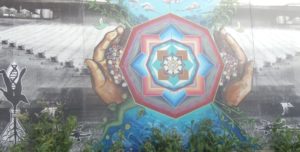 Intertribal Friendship House is a place where people from many different tribes can come together to feel a sense of connection with their Native American ancestry and roots.

“It is like a re-creation of a village,” said Janet King, a former IFH board member and a member of the Lumbee Tribe. ” This is where we come together.”

Many of the people who frequent IFH have been going there for years.

“Families grow and people without any family sometimes find theirs at IFH,” said Shar Suke, a longtime community member who is from the Onieda and Cherokee tribes. 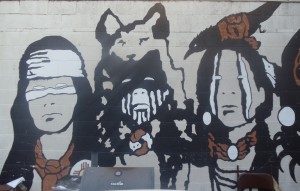 Many native cultures have a belief that you can create your own relatives. Family is not only the people you are related to via DNA; family also includes those people who stand by you and that you share your life with.

Thinking of our community members as relatives is powerful and can help foster a sense of belonging which is so important in creating a healthy self esteem and healthy self worth.

“I remember hearing stories from my mother and father about their parents and grandparents when they were taken off the reservation, taken to the boarding schools, and pretty much taught to be ashamed of who they were are Native American,” said Chaske Spencer, a Native American Actor and member of the Fort Peck Tribe. “You can feel that impact today.”

Several studies document the challenges facing the Native American community. A Centers for Disease Control (CDC) study found, “Native American individuals are reported as having the lowest income, least education, and highest poverty level of any group—minority or majority—in the United States.” http://www.ncbi.nlm.nih.gov/pmc/articles/PMC1449261/ 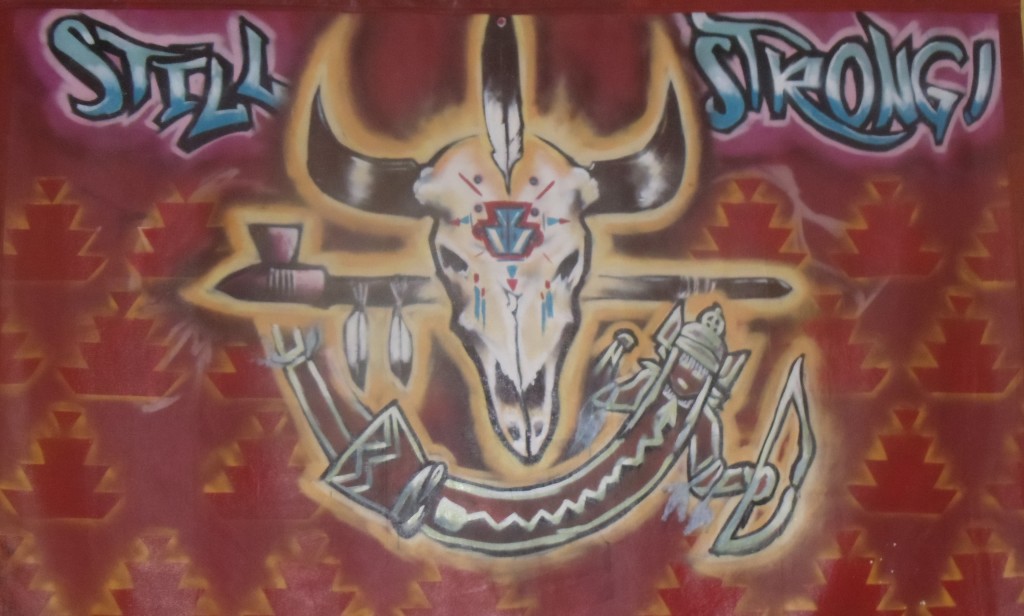 The CDC also found that Native Americans have the lowest life expectancy of any other population in the United States.

Intertribal Friendship House’s website lists the mission statement and its dedication to empowering Native Americans. “The mission of IFH is to promote the ability of Native people to thrive in an urban environment through ceremony, traditions and cultural connection, to provide a safe environment to strengthen cultural identity, promote health, inter-generational healing and support the development of extended family.” http://www.ifhurbanrez.org

“There is a need for Native people to have a place to gather, to retain their tribal culture, a place where young people can learn from their elders,” said Carol Wahpepah, executive director of IFH.

IFH welcomes many different families and individuals, Native, and non Native. It offers a food pantry that provides food every month at the Seniors Luncheon and food is also offered to families in need, if it is available.

Food donations are welcome and volunteers will be needed for the upcoming Harvest Dinner, November 21.  IFH is requesting frozen turkey donations and will be accepting them the week before the event. IFH’s annual Holiday Party is on Saturday December 19, and IFH will be sponsoring its yearly Toy Drive. Toy donations for ages 0 – 16, as well as gifts for the elders, are welcome.

If you are interested in donating or volunteering at IFH, please email ifhoakland@gmail.com . Any assistance is greatly appreciated and directly helps the local native community.