In a country that has experienced generations of profound government misconduct – ranging from outright theft of public funds to insidious forms of torture and violence against its own people – one might expect the political news of the last two weeks from Guatemala to be a source of great joy and relief. But the reality is more nuanced. 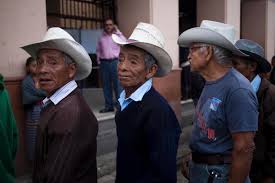 The presidential elections in Guatemala on September 6th have left local immigrants from that country with a mixture of feelings. The astonishment and jubilation over the resignation and imprisonment of the country’s current President Otto Perez Molina – three days before the regularly scheduled election – contributed to the excitement leading up to election day itself. But sometimes the evil one can see may be less than what may come up the road.

The election ended in a run-off between comedian Jimmy Molina and former first lady Sandra Torres. Former businessman Manuel Baldizon dropped out after placing third. The run-off is scheduled for October 25.

“Elections held on September 6 could not have been more disappointing for those in Guatemala demanding political change,” said Edgar Ayala in an e-mail. Ayala is a Guatemalan native who is an Oakland artist and activist.

Ayala estimates there are more than 60,000 Guatemalans residing in the Bay Area. In Oakland, the population is concentrated in and around the Fruitvale neighborhood. The number of children immigrants had been on the increase until recently.

To understand Ayala’s bleak assessment of the recent elections, it helps to know something about the country’s recent history.

The week before the election, Perez Molina resigned and was detained on charges that he was aware of a kickback scandal involving misuse of customs monies. His resignation followed the mass resignations of top government and business officials, including his vice-president, the heads of the central bank, the customs and tax agency, the social security institute, the heads of congress, leaders from several political parties, a judge and a vice-presidential candidate.
While Guatemalans have often suspected such scandals, the country’s legal system has been incapable of pressing charges. 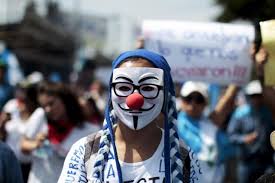 If the resignations suggest a new beginning, Ayala sees the election results as more of the same. While Molina has run as an outsider with a clean record, he was backed by a murky right-wing group known as Foundation Contra el Terrorismo, comprised of former military officials and traditional politicians who reflected the country’s troubled past. Ayala describes Molina as representing wealthy business interests. He points out that Torres is a leader of the Social Democratic Party which governed during Perez Molina’s administration. In his view, Guatemalans once again are forced to choose the lesser of evils.

On the other hand, Franciso (he only wanted to use his first name because of his immigration status), a young man who has only recently arrived in the United States, smiled broadly when he learned of Perez Molina’s resignation and arrest. His reaction was expressed in the joy and determination on the faces of Guatemalens waiting to vote on election day.

The political future of course remains to be seen. But for now there is some sense of satisfaction among Guatemalans that the days of unlimited impunity may have ended.