A Farm in East Oakland? Full Harvest explores the possibilities. 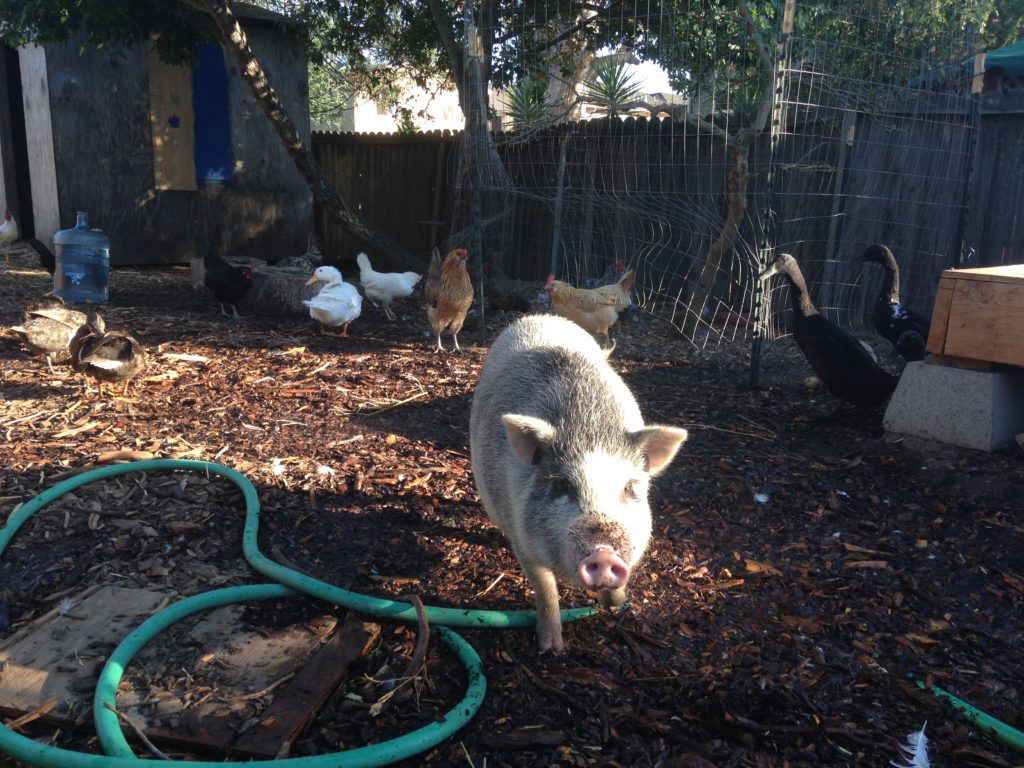 One fleeting glance at the three-storied rain cloud painted house on 39th  Avenue in Oakland’s Laurel District, and you would never know. The possibilities. The possibility of “Full Harvest Urban Farm”, an acre farm in East Oakland that is home to  an army of chickens, 15 waddling ducks, three African milk goats by the names of Cleopatra, Jamba and Luna, an insouciant black lab named Assata, a sassy Australian Shepherd named Ishta, with a one squeaky pig named Pumba, a dispersed orchard and vegetable gardens, adorned with comfrey, audacious flowers, constant movement and laughter.

Founded in 2012 by a family who sought to engage communities trapped in the food deserts of East Oakland, “Full Harvest Urban Farm”, is truly an oasis. We sat on the deck, guarded from the scathing sun under umbrellas overlooking the garden, chatting about the importance of urban gardens in food deserts like East Oakland. “We are deeply disconnected from where we get our food,” said Karissa Pennington, a “Full Harvest Urban” farmer. “Black communities— poor communities in East Oakland are targeted to eat boxed foods”, she continued. 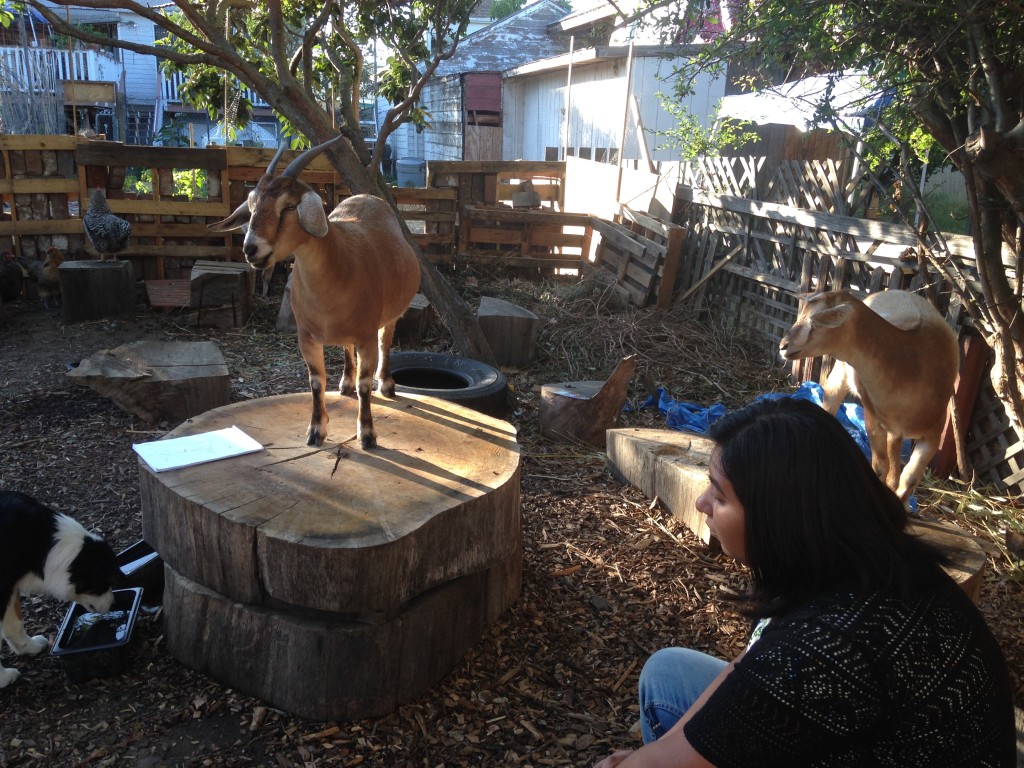 There is significant evidence that processed food, inorganic vegetables and fruits chip away at the lives of trivialized families, young children in low-income communities. In East Oakland, where liquor stores and fast-food restaurants monopolize corners, inaccessibility to healthy food continues its irreversible damage. 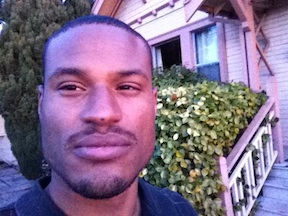 Region Pennington, one of the three “Full Harvest Urban” farmers ,says the farm gives him more than just organic fruits and vegetables. It gives him another chance at life. We sat down on dead Eucalyptus trunks while Region briefly recalled his life. Much of his life he felt neglected, hurt, hopeless. His father gave him away to a woman unrelated to his family because he was unable to care for him at the time. He found himself being adopted. And one day, he stumbled into his adoptive mother’s bedroom, to find her smoking a crack pipe. “It was shocking— I just shut down”, he said.  He recalled her addiction. “Crazy— I remember her stealing clothes from Eastmont Mall, and then taking them back to buy drugs. I had hoped those clothes were for me. I never got anything like that as a kid”, he continued.

From there, Region found himself running away, wanting to feel free from neglect. He ran away from home and began to steal. Running away became his way of feeling alive. It wasn’t long before his life spiraled into what seemed to be a dead-end. Torn between surviving and desperately trying to fit in, he wounded up with an eight-year prison sentence. “When I got eight years, I just started crying. I felt hopeless”, he said.

Tall and lanky, he stood up.  His face worn, his hands seamed heavy; he took a deep breath, and looked around the farm. “Here, I’m doing right. I have a purpose.” Pausing, he continued, “to see the shit I’ve seen in prison, in Oakland, to be treated subhuman, here I take care of the plants, watch them grow, my animals, build community, provide for my family. This for me is liberation.”