On a brisk Monday night, we roamed through the streets of Oakland in search of supplies to finish up a project for The Naming Gallery. Jonathan Bailey and I spent at least 30 minutes at the local Home Depot slowly gazing over the potential products. After our successful shopping trip, Bailey began reminiscing about his “Buddha like experience” that helped transform him into the artist he is today. 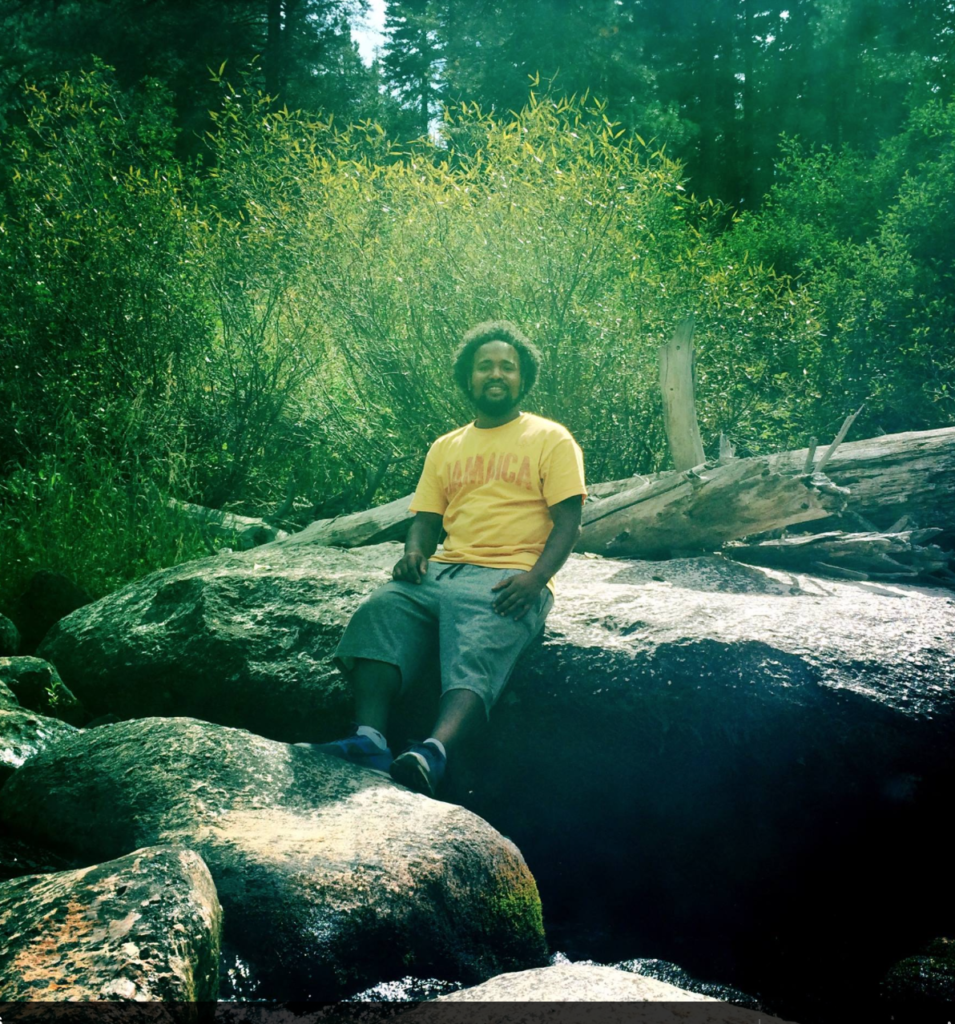 “My parents are originally from San Fransisco, but they decided back in 1979 that they wanted to leave the city and start a family. A lot of their roots were in the Bay Area, but they saw the city changing even back then. They said they needed space, a place were they could grow food and have animals, so they left the city in ’79.

“I was born way out in Calaveras County Valley Springs. I was home schooled until fourth  grade and I guess that’s where I got my sense of freedom. For me,  until I was about nine, I had complete freedom. I had some instruction from 8 a.m. to maybe 12 p.m., and the rest of the day was mine. We built tree houses. We had a driving range on the property were my dad would hit golf balls. We even had a stream running through the property – you know country living. To me that was normal. I thought this was normal until I was 14 and went to San Francisco. There, I saw homeless people for the first time.”

By this time it was pouring down rain as we made it back inside the gallery. Bailey went on to talk about his love for art and working with his hands as a kid. He recalled always having a lot of energy but losing momentum as he got older.

“Right out of high school everything changed for me,” he said. “This was around the time I moved to Stockton. I began to see reality for what it was. I didn’t live in bad areas but suddenly you would hear gunshots or I might go to a friend’s house and there would be a drive-by outside. It was all new to me. Tension and always feeling like I had to be alert wherever I went was never an issue back home.”

Growing up in a small sheltered community made Bailey highly inquisitive. He often asked his pastor questions like: “Who created God?” but found that these controversial questions often had no answers. Upon coming to the city his questions further developed as he gradually became depressed, realizing how rough the world really was. For the next 10 years he studied philosophy in an attempt to remove the blindfold that he had on for so many years.

Only a few weeks before our meeting, I attended a group show at the gallery that commemorated the tragedies of the Ghost Ship, Latin culture, diversity, and current events. As I walked in, I felt nothing but good vibes. The first thing I saw were photos of people dancing. Bailey was one of the featured artists of the night and I was immediately captivated by his work. I realized in that moment that Bailey was a jack -of- all- trades. His contribution to the gallery included carpentry and floristry. At first, I was a bit curious as to why the plants were involved, but soon came to the realization that this was a healing space that advocated growth. To me, his work symbolized transparency and the many stages of life.

My last questions to him: “What happened to the philosophy? Did you learn anything about yourself?”

He replied: “More than anything I realized that I’ll never stop searching and asking questions. I became a teacher for a while like my father but took a break…I have too much energy for that. I loved using my hands and creating. So that’s exactly what I did. It’s like I did a full circle.”