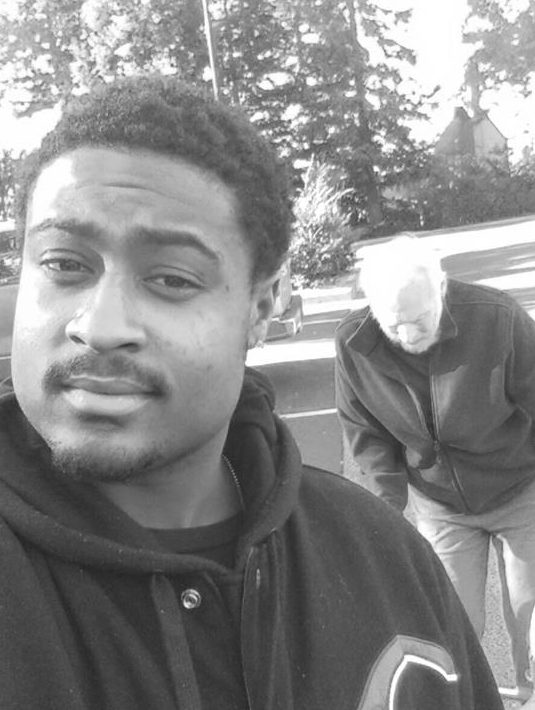 I remember the evening we got the call. I’d sat lazily at my dining room table with my cousin, discussing the current news and exchanging stories. We were mid gossip when our phones rang in unison. Odd, I thought. I could tell by the look on her face that she agreed.
She picked up her phone before I did, but I could tell right away something was wrong. Prepared for the worst case scenario, I answered “Hello?”.

On the other side of the line were two frantic female voices. I could hear mumbling at first, then sobs, and more mumbling.

I was in disbelief. I couldn’t imagine this to be the reality for my kid brother. Having lost my oldest brother to prison, I was not ready to accept that my brother, my youngest brother had become a victim of violence.

The time between that first call and the call confirming that he was going to live seemed like decades. You know, just enough time to recall every time I’d made fun of him as a child and wonder if I’d been the best big sister. Enough time to mend my relationship with whatever powers that be and ask the universe to please give me another chance. To be a good sister.

The next day, when doctors cleared him for visits, I made my way to Highland Hospital, which is a blessing all on it’s own. We all know Highland has a reputation for saving lives.

He seemed to be himself. Shook up, but he certainly didn’t look the mess I’d imagined he would be. He’d always had that going for him. He recuperated at lightening speed as a kid too. Go figure – he looked more like he’d just woken from a nap than he’d just returned from surgery.

After making a bit of small talk, we finally got around to long term plans and what he’d like to do once he left the hospital. All of us visiting agreed that it might be best if he came out to stay with me, 60 miles north of the Bay Area and the city he’d known for the better part of his 17 years.

He didn’t cave immediately, but a week later he arrived at my job bandaged and well on his way to what we knew was going to be a better life.

Six years. For six years I’ve watched my brother grow and transform into a young man. I’ve seen his darkest moments stemming from PTSD and paranoia get the best of him. But, I have also seen him thrive and show some of the most relentless work ethic. I’ve seen him give the shirt off of his back to help a friend, and continuously mentor his peers.

Even while battling alcoholism, homelessness, and the mental health issues consistent with suffering some trauma, he just keeps moving.
Despite having been dealt a less than desirable hand, Jovon has made it his career focus to help people with disabilities as well as the elderly.

No matter what the case, what his nights look like, he goes to work. He shows up 100 percent for his clients and he’s always made it about their day. His clients love him. So much so that he has become one of the most sought out male caregivers in the area.

When I asked him what he thought was the biggest contributing factor to his resilience, he attributed it to having grown up in a family where he didn’t always have a choice but to be strong. He believes that at some point in your life you just have to look in the mirror. Look yourself in the eyes and believe in yourself. Even when no one else does.

He has exemplified those principles time and time again as he has continued with school, maintained his full time job, and balanced the difficulties of his life simultaneously.

In my opinion, that is what it means to be resilient. To have all the reasons in the world why you should not do something with your life, yet somehow seem to see that one glimmer of light. To choose to focus on it, and because of that unique ability always find a way out from between a rock and a hard place.

My little brother, Jovon Nelson, is one of the most resilient people I know.