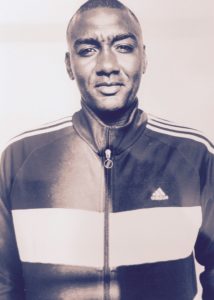 It’s not the election of Trump. It’s the murder of Martin Luther King. It’s not presidency of Trump, it’s the assassinations of John F. Kennedy and Robert Kennedy. It’s not the rhetoric of Trump. It’s the brutal death of Obama’s speeches; visualizing hope and change. It’s the fatal change of our course in history that hurts us all to the core. It’s the final cruelty of knives to the gut like Caesar in Rome, but this time, America is Rome, and the weapon of choice is our American electoral college system.

It’s not the fact that the red states voted for Trump. It’s the fact the Republicans invented so many corrupt legalities to trump and suppress my vote.

It’s not the electoral college. It’s that the electoral college system is rooted from slavery. Where African- American’s were once counted as three-fifths of the human being. And today black and brown bodies in prison are counted in Republican counties towards their electoral college in each Republican state. In other words, imprisoned people are purposefully counted as residents in a county to increase the amount of electoral votes a state can receive, but at the very same time, the voting rights of those very same prisoners in that very same state are systematically denied due to their current incarceration.

If the electoral college were homework, then there is literally extra credit and bonus points given out in each election for how many prisoners that each county can incarcerate in time for the next census.

It’s the dotted line of history that can be drawn from 1787 in Virginia, to the Federalist papers, to the 14th  Amendment of the Constitution, to President Nixon and President Reagan’s war on drugs, to President Clinton’s three -strike law and Hillary Clinton’s “super predator” comments, to Rudy Giuliani’s stop and frisk laws, to mass incarcerations, and now finally, all the way directly to the actuality of a Donald Trump presidency.

Therefore, what was once an old tradition of prejudice in America has now been made “great” again. After all, what is older and greater than racism, sexism, homophobia and xenophobia in America? What was once America’s greatest source of income? Generations of disenfranchised people, taxed, and forced into labor without representation, in effect, our electoral process has indeed made “America great again,” in this way. Great, like, the hat on Donald Trump’s head says.

There’s a reason why Nasdaq’s stock soared on Wall Street for private prisons just one day after the presidential election of 2016. Mass incarceration, plus, the electoral college system, is America’s new favorite equation. It makes money from free labor and it wins elections. However morally bankrupt it may be, is of no consequence now. Its implied “greatness” is witnessed in Trump’s victory.

This is how I feel during the election night in Oakland, California.

I feel conned, fleeced, forlorn, and trumped – left somewhere stranded in bad TV land without a sunny disposition or a goshdarn remote. I feel deported banned, and bombed without recourse.

It’s the Tiger proofing of the golf course. The constant moving of the goal post. The new rule change, once a victory is imminent. The killing of the democratic ideas that should be, and the resurgence of evil laws in their place.

It’s history repeating itself. But this time our modern version of Hitler (Trump) has been groomed through the duplicitousness of our own electoral college.

I can only agree with a brave history teacher named Frank Navarro who was recently suspended and reinstated for connecting the dots of Hitler in WW2 to a Trump presidency of today. “Everything I talk about is factually based. They can go and check it out. It’s not propaganda or bias if it’s based on hard facts,” Navarro retorted with 40 years of experience in teaching American history.

And this is what makes me want to vomit, America.
This is what makes my head spin.
Regular people, even celebrities such as Oprah, and comedian Dave Chappelle requesting that we all “give Trump a chance.”
But, I don’t need to give Mr. Trump a chance; I’ve seen enough from him and I’ve studied enough of Ken Burn’s documentaries on WWII history to literally be sick to my stomach.

Because, unfortunately, this is no longer just talk show banter or jokes on SNL.
This is our Doom’s day / Dr. Strangelove scenario come to life.

When the game is rigged and you’re stuck in that same game of deception,
you’re disparaged. That’s how I felt on election night in Fruitvale District 5.
Cheated, lied to, and unable to focus. Forced back into an old slavery- based vote gathering system that ignores the good of the popular vote and may lead to the nuclear doom of us all.

With Mr. Trump and his “twitter fingers” on the button.

And as the legendary world championship basketball coach Gregg Popovich, of the San Antonio Spurs, recently vented on Trump at the end of this current election season: ”I now fear we are Rome.”

I hate to agree with “Coach Pop,” but thanks to Trump and our present form of an electoral college, we are Rome, indeed.
Attachments area
Preview YouTube video Dave Chappelle Stand-Up Monologue – SNL