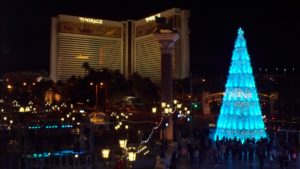 What happens in Vegas, stays in Vegas. It’s an ad slogan with some truth to it. People take the phrase seriously, shunning those who come back from Sin City with perpetually loose lips.

I just came back from Vegas, with stories. I’m a storyteller. I like to talk. But the slogan gave me pause when deciding whether to share the details of my recent trip.

Talking about Vegas without giving away too much is a delicate art. That’s true for the guilty (let’s hope all the cameras were put away and that your cousin wasn’t live Tweeting from the champagne room. Again.), and for the innocent. Because even if your hands are more or less clean, anything that is said, or unsaid, might still be construed as a cover for indulging in one or more of the seven deadly sins.

My innocence hasn’t helped my predicament since I’ve come back from my trip. And it hasn’t helped me shake the idea or the idea: what happens in Vegas… 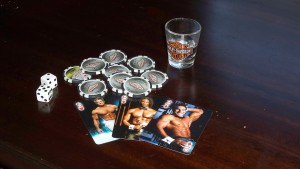 I think one of the reasons the slogan has done so well for Vegas over the last 8 years or so is that it points to something true about that town – or at least what it aspires to be. It’s a place where we imagine absolutely anything and everything can go down, where all the moral laws and social obligations that bind us in our regular lives are suspended and then  we are allowed to go home, instantly absolved, no foot print. It’s also a mandate against snitchers, a reminder of a binding code. You can and should bend a lot of rules if you want to play in Vegas, but only if you agree to this one first. What happens here, stays here.

And now I am back in Oakland, and I’m thinking about our own codes. I’m wondering if Oakland could create a slogan, one that would not only to grab the attention of visitors and tourists, but encompass the entire city’s culture. 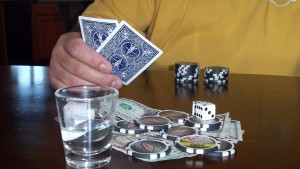 In Oakland, where diversity is believed to be its greatest asset, law and order is volatile, and economic disparities are widening, it would take a lot of tolerance, patience, and creativity in order to develop a slogan that would embrace all of the communities here.

Keeping it real? That’s what we like to say here in Oakland. 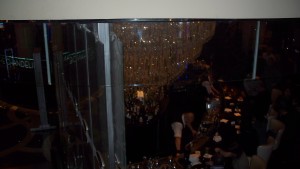 “So that’s where you been all night?”
Photo: Sabirah Mustafa, Oakland Voices

Unlike a Vegas trip, where people assume you committed a misdeed there and add their own assumptions, keeping it real doesn’t assume a thing. It is what it is, we shrug our shoulders and say.

Maybe, Oakland can keep it real by being open and truthful about sharing what is really happening in our community.

Hopefully, that will create a real positive effect.