A Tale of Four Fatalities in Two Days in One City 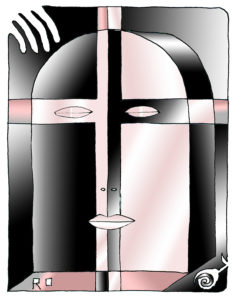 Four young people who were still in their teens were gunned down in the streets of Oakland on a grim Thanksgiving Day weekend last year. Two of the victims were killed on a Saturday and the two others were shot dead on a Sunday.

A 19-year-old young man and an 18-year-old young mother were that Saturday’s victims. Sunday’s victims were 15- and 16-year-old girls who were said to have been best friends. Their bullet-riddled bodies were found in the street near Brookdale Park in East Oakland’s Allendale district.

The four killings were initially reported in a single article in the Oakland Tribune. The article was mainly about the two girls who lost their lives on that Sunday. Just 49 of the article’s 156 words were devoted to the two Saturday killings. The 49 words – two sentences – were tagged on to the end of the article about the two girls. To this day, those 49 words were all the attention the teens killed on Saturday ever received.

The deaths of the two girls were more extensively covered in the news than the other two victims or, for that matter, than any homicide victims in Oakland this year, with the possible exception of the Oikos school mass murders.  In fact, the coverage of the girls’ homicides continues to this day, nearly a month after they were killed.

The newspaper coverage of the girls’ terrible deaths features their photographs, which is unusual in the reporting of an Oakland homicide.  We see that they were white girls who had dropped in on an uncle’s mobile home at 4 in the morning that Sunday, and they turned up dead a mile or so away around two hours later.

There were no pictures of the Saturday victims, but it would be safe to assume that they weren’t white. It’s a safe assumption partly because of the very fact that there were no pictures. The race of a murder victim in East Oakland is more newsworthy if the victim is white, because it happens so infrequently. So you might be more likely to run a picture of a white victim.

One of the five (and counting) stories on the girls’ killings covered their upcoming funeral arrangements. The story even included guest books where readers could share condolences with the victims’ families. We get quotes from the girls’ parents, neighbors who rushed to their aid as they were dying, a school district official. There was even a 10-picture slide show.

No information has been reported about any funeral arrangements for that Saturday’s homicide victims. Maybe they didn’t have funerals. Or families and friends who cared. Or photos of their lives. Just the usual Oakland killing that gets no follow-up. They’re just dead and gone.

They are gone, and, in the usual case, they’re forgotten and lost in numbers of homicides that preceded and succeeded theirs. Like most homicides in Oakland, there will be no arrests and the perpetrators will literally get away with murder.

But the girls’ homicides are not the usual case. The latest story on their deaths reports that police have actually arrested two suspects in the killings and charged the 18-year-old alleged shooter with two counts of murder. Arrests and charges, of course, are pretty much the exception to the rule in Oakland homicides.  The story on the arrests ends by  providing a link to a website set up by the family of one of the girls to pay for funeral expenses.

The tragic, abhorrent killings of these two girls on Thanksgiving Day Weekend seemed to get more attention from news reporters, police, and the general public than maybe 115 or so other homicides in Oakland in 2012. But murdering teen-aged girls is particularly appalling, disgusting, enraging, and sick.

Pamela Turntine, the Oakland Tribune’s managing editor, said the two girls’ homicides received the amount of coverage that they did because the girls were children who were still in high school, and they were killed at the same time, in the same incident. The 18- and 19-year-old victims, on the other hand, were considered young adults. “That’s not an excuse,” Turntine said, “but it’s not every day that two kids are killed at the same time,” and in the same place, under the same circumstances.

Turntine also cited family members’ willingness to talk to reporters as a factor in the amount of coverage a homicide will receive. The families and friends of many people killed in Oakland won’t even talk to the police, much less members of the press. Turntine also said staffing issues can play a role in coverage, in this age of dwindling circulation and bare-bones newsrooms.

But a crime victim’s race has nothing to do with the amount of coverage the story gets, Turntine said. “It didn’t matter if they were white, black, or Hispanic – two high school girls got killed at the same time. That’s news when a young child gets killed.”

If only we could think of all homicide victims as teen-aged girls. But the two who were killed on the Saturday of Thanksgiving weekend were “young adults” — 18-year-old Greysi Morales-Cordon and 19-year-old Aaron Marks.

This is the first mention of their names since the 49 words their deaths received on November 25, 2012. And it may be one of the the last mentions, along with more than 100 other victims. That, too, is tragic.