Every morning when I look at my bathroom mirror, I notice how my face has changed since I first started noticing that my face does indeed change during my teen years, almost 30 years ago. I notice now how my face has steadily gotten chubbier and the lines around my eyes aren’t as crisp as when I was younger and in much better shape but I can see that, thanks to my DNA, my features are still more or less the same and haven’t veered too far from my youth. I, fortunately, am not as startled as I should be when I look into my mirror every morning. 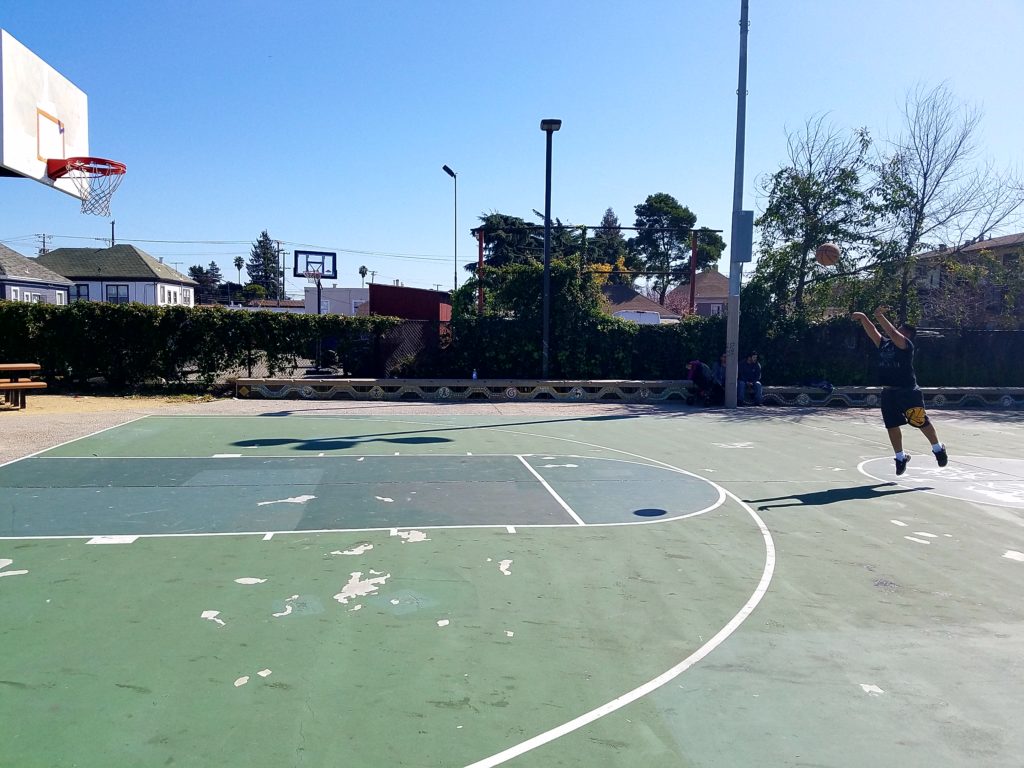 Around the same time, in my early teen years, I moved to Bridge Avenue in the Fruitvale District here in Oakland and I’ve lived here, off and on, for about 20 years now. So I’ve seen this neighborhood change for the better and the worse. My parents bought their first house here over 30 years ago after renting a house a few blocks away on 39th Avenue and Foothill. I lived here until my early 20’s, moved out, and then my wife and I bought our first house next door to my parents’ house. Not only that, but I have two aunts, one uncle, four cousins, and two nieces that live in several houses around this tiny block.

Bridge Avenue is surrounded by Foothill and  International Boulevard on two sides and 35th and 38th Avenues on the other two sides.  It is also only one block long as it is cut off by East 16th Street before it reaches International Boulevard. It’s a pretty nondescript street. When I mention the name of the street I live on to locals, nobody knows it by name, but once I describe it, everyone knows someone who used to or still lives here.

Walking around the two- block radius around my house, I compare and contrast how both my neighborhood and I have changed since I first moved here.

The strip of businesses along Foothill Boulevard between Bridge Avenue and 38th Avenue are a hodgepodge of small shops and buildings that have been empty since I was young. There is a brick building with large blacked- out windows on the corner of Bridge Avenue and Foothill Boulevard. This was once a general store that closed such a long time ago that I only remember they had an awesome candy aisle; I can’t remember much else about it. 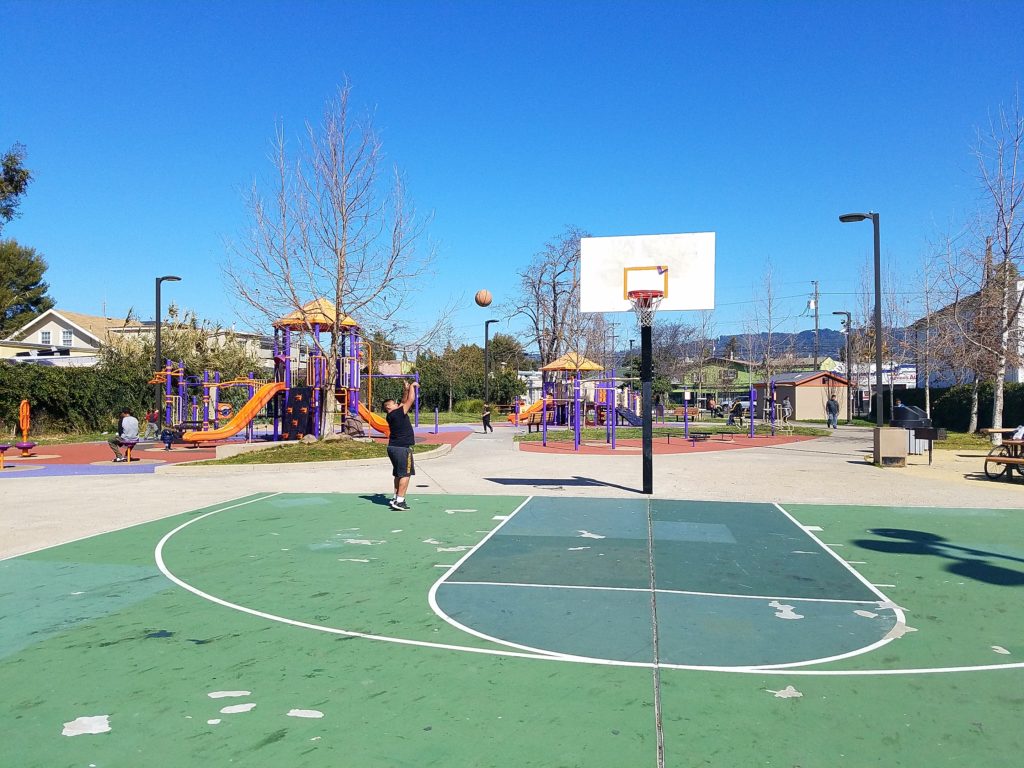 Next door, squeezed between the brick building and a fence that separates the Cesar Chavez Park from the residential homes along Bridge Avenue is a little shack of a restaurant that is appropriately called “La Casita” or Little House in Spanish. (Editorial note: This restaurant is owned by a distant relative.)

Cesar Chavez park itself has been remodeled in the past 10 years and transformed from an open air gang and drug addict- infested plot of land to a more family friendly layout with new playgrounds. The grass area has been replaced with astro turf. Two of the most enjoyable sounds I hear living in this neighborhood – the sounds of kids playing in the park, echoing off the apartment buildings next to the park, and later in the evening, the sound of frogs croaking in the creek that runs through the back of the park.

One of the most distressing sights though are the empty and boarded -up businesses on the 3700 side of Foothill Avenue; most have been vacate for over 20 years. These buildings look like mausoleums to dead hope. Either someone doesn’t have the hope that they can build a successful business here or the owner has completely given up hope that anything fruitful can be done there. 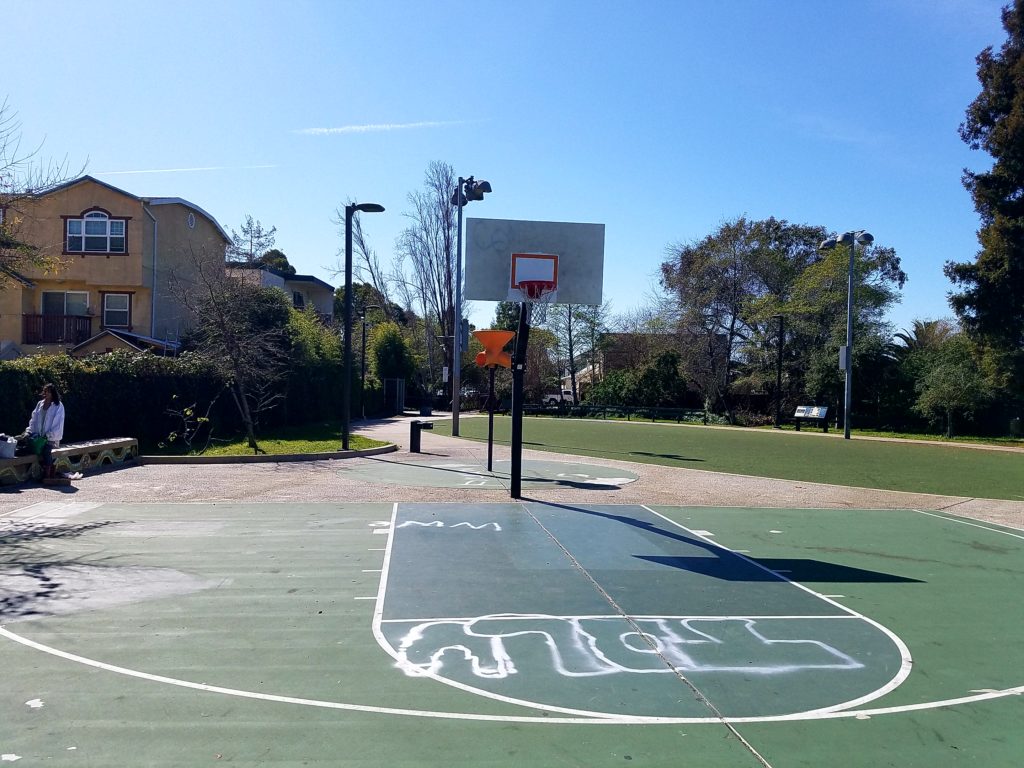 One of these vacant buildings is not only one of my favorite stores growing up, but of all time: Connie’s Tropical Fish. We would sometimes stop on the way home from elementary school and if we were lucky, my mom would buy us a goldfish that would last a week or two. Once the heavy glass -plated doors closed behind you, you immediately noticed how dark and quiet it quickly got. All the outside noise of the big city was drowned away and you were free to enjoy the long rows of aquariums with different tropical fish inside, along with  their names and where they were from. Connie’s was a mini-oasis that taught me at an early age that if this fish can come to this store in my neighborhood, why can’t I go to visit them around the globe where they are from?

On this four lane street, there is constant movement. It’s gone past the time when International Boulevard was filled with car dealerships about 30 years ago. With the influx of Mexican and Central American immigrants to the area, a new economy has sprung up, built around their entrepreneurship, the restaurants, grocery stores, and other customs from their home countries.

I can’t help but feel how much I have aged compared to how much the neighborhood where I grew up has as well. But as much as there isn’t anything I can do to prevent my steady decline, this neighborhood, as well as most neighborhoods, there are many factors that go into the reasons it ebbs and flows. International Boulevard stays busy while businesses just two blocks away on Foothill Boulevard stay vacant for decades.

We are the mirrors our neighborhoods need and we are their reflections, but the big difference is we have the power to change the reflection that we see.