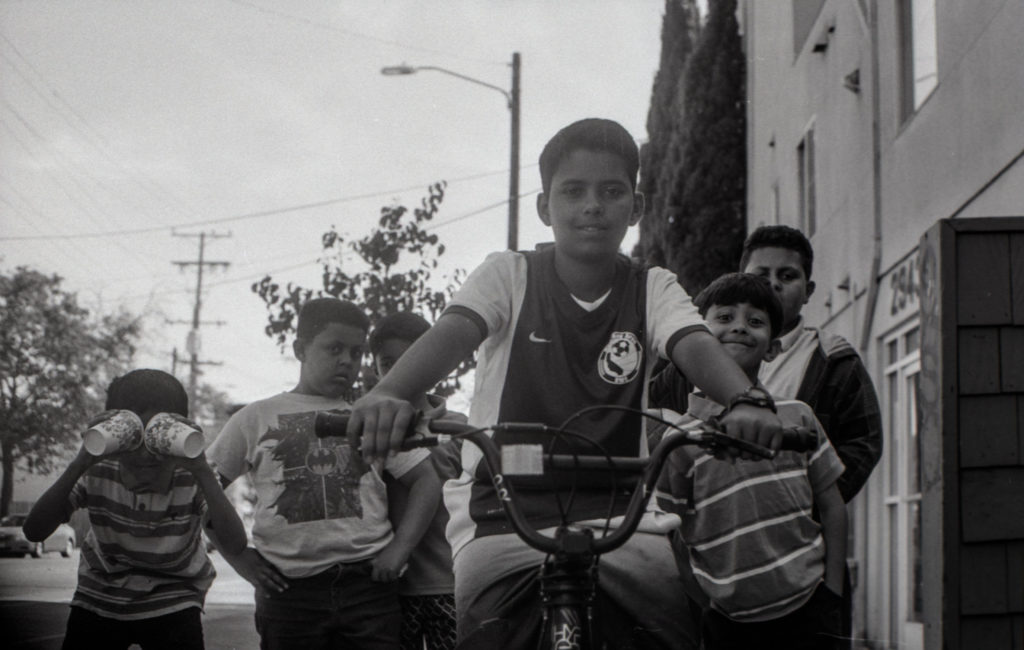 Kids riding their bikes in the neighborhood

There’s a busy street between Dimond District and Laurel. I guess you could call it a bridge between the two districts. If you just sit and observe, you’ll note cars rushing down MacArthur Boulevard, kids walking home from school or playing outside of their apartment building. It’s made of the very stuff that’s melting in Oakland’s pot. The rich , poor, middle class, working class, black, white, Asian, Indian, Hispanic, gangsters, preppy students – you name it. They all live in or around this neighborhood or are simply passing through.

At first glance it’s not  the most attractive place on the map, often with trash on the streets and heavy smog filling the air.

“Like many neighborhoods in East Oakland, it has its history,” explained Jocelyn who owns Free Oakland Up off of Coolidge Avenue. She preferred to give only her first name. “When I first moved here in May of 2014, the neighbors would constantly complain because there would be parties in the parking lot until 3 in the morning. There was also lots of gang activity during that time but within six months, it all just seemed to vanish.”

She said every once in a while she’ll see kids fighting in the street when they get out of school. “But what can I say I was a kid once. More than anything I love the diversity people donate stuff from all over the world.”

The owner of Diamond Market has a similar outlook on the neighborhood.

“ I moved in about three years ago,” she said, also preferring not to give her name. “The first year was tough. I was robbed three times, but all by people not from this community. But since then it’s been great. It’s a really tight community over here. If anything happens around the community we talk about it and look out for one another.”

With gentrification sweeping across Oakland, this area has been resilient thus far,  hanging on to its culture. It continues community events such as the Oktoberfest and has preserved landmark businesses such as Loards Ice cream, in business since 1950. Another business that has served this community for generations is the Food Mill.

Michael Lewes has been working for the Food Mill since 1984.

“ The Food Mill is a meeting place for a lot of people,” he explained. “You’ve got people who have never been here before and you have people who are fourth- generation shoppers. My grandma used to shop here, you know. We’ve been around (the neighborhood) since 1933.”

Lewes said in the past few years, the community has been “picking up.”

“But I still think the economy is not where it needs to be. There are still a lot of people not employed. Still we have more people out and about whereas before people were locked behind doors afraid to come out,” he said.

Longtime Oakland resident, Robin Peyton expressed her love for the neighborhood’s diversity but said she is sad for the people who are being effected by change.

“I used to know this homeless person who would wash windows at the gas station over by Fruitvale,” she said.  “He was always just so happy. He would tell me good stories. He’s just an up beat dude.”

She said one day she saw him he looked agitated. When she asked what was wrong, he said he didn’t have any where to eat.

She said she  never saw him.

“It was just very sad because things change over time and we never think of the people that it will directly impact when things do change. But I think what I love about this area is it feels like the last little corner of this side of Oakland that still feels rich with culture, texture and beauty. It’s such a wonderful place. It’s like a cross section where everybody just exists in the most beautiful way.”