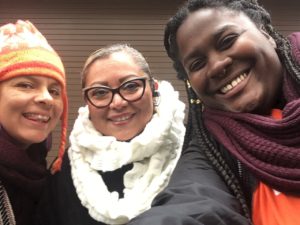 I am a dispatcher for Street Level Health Project for the ACILEP (Alameda County Immigration, Legal and Education Partnership) rapid response network.  I believe all work is meaningful and has dignity, yet aside from the 12 years I spent working in schools serving students and families, my current job has been the most important. In this moment it’s exactly where I belong and need to be. It’s also been the hardest job I have ever had.

My job is to: answer the 24 hour/7 days a week emergency hotline (three, eight hour shifts a week), listen to folks and try to support them. Folks can call us for three main reasons: one, there has been an ICE sighting ( when that happens we dispatch other dispatchers who aren’t on call or volunteers to go verify), two, callers themselves are in a detention center, or three a caller’s loved one is currently in a detention center. We also go out to verify suspected ICE sightings, support folks at the sights and do outreach/education workshops. 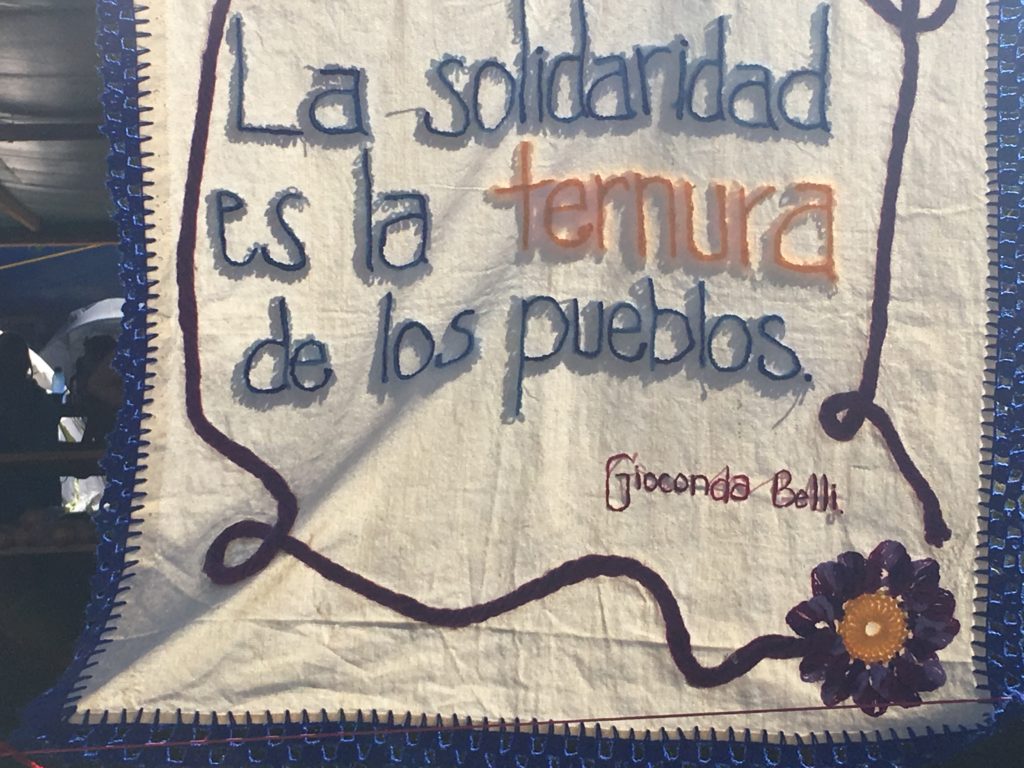 “Solidarity is the tenderness of real community”

Lately it’s been extremely hard as the attacks on our communities continue. As a mestiza with indigenous roots, I do not recognize borders and firmly believe that we all belong to the land.  Too many others believe the lie that the land belongs to us, that borders are necessary to keep “certain” people out, and that these walls actually keep folks out. This belief system dressed up as this capitalism extractive (unsustainable, literally taking from the land) white supremacist economy is what is fueling the relentless attacks, justifying the terror and trauma by claiming we are “illegal.” It completely fails to recognize, one, that before 1492 many thriving civilizations existed here and the descendants of those folks are still alive and well to remind us of just who is “illegal” and, two, this country’s role in folks leaving their homelands in the first place. Duh.

A few weeks back I was covering a midnight to 8 a.m. shift and I had to mute my phone because 140 hate calls had come in. One of my fellow dispatchers before me had to deal with the hate as well as several calls had come in while he was on his shift. The fear of the “other” is real. The hate is real.

On February 27th during my 8 a.m. to 4 p.m. shift, I experienced something I still have a hard time describing, this many weeks later. My fellow dispatchers had fielded calls before me and would after me. We have all felt the effects of the terror in our own ways as this work is very personal for all of us.  It was a couple days after Oakland’s mayor made what she and her supporters felt was a helpful announcement. I’m not sure how helpful or supportive it is to further alarm an already- terrorized community. I received 45 calls, and missed 20, so 65 calls in an eight -hour shift. Literally 7 minutes or less between calls.

I talked to a mom who had dropped off her kid at school and was too frightened to go grocery shopping, an OUSD official needing advice on what to say to parents, and countless community workers reporting sightings all over my neighborhood.  I talked to many about a picture of heavily armed militarized officials in front of a liquor store not too far from my house that went viral scaring the mess out of folks. I talked to a father too scared to pick up his kid after school because he heard ICE was nearby, another dad who did pick up his kid but didn’t want to leave the school, too scared to walk his streets back home. The terror, panic and trauma made me sick literally.

I cried between calls, prayed very hard and became more and more scared as the day went on. Documented and scared, I prayed and kept thinking about the level of fear felt by my undocumented people.  My responsibility that day especially was to listen, validate and remind folks that we all belong despite everything. It was also to remind folks to ask questions when they hear about sightings second- and third- hand so that we protect ourselves as much as possible from the onslaught.

Towards the end of my shift,  I received a call claiming yet another ICE sighting very near my apartment; a person claimed black ICE vans and agents were snatching up folks right before his eyes. I doubted the caller and asked if he was sure, saying that many calls had come in and turned up nothing. He said he was an immigrant and would not lie.

As he said this sentence, I approached the corner where all this was supposed to be happening and found nothing. I had walked up two blocks on Foothill Boulevard to the corner of Fruitvale and my streets were empty. My neighborhood, usually alive with lots of people, had only a couple of folks waiting for the bus. Barely anyone at the nearby stores. It felt empty and lonely. That is what this announcement did-it kept people inside their homes, fearing and expecting the worse.

Let us all keep being mindful of our privileges so we can act and do things that truly help with the healing our communities need. Let us all use our power, we all have it, in service to our communities. Not to serve ourselves. Trauma and hate keep growing.

As does love and fierce resiliency, which are stronger. I keep praying. I keep crying. I keep singing and keep reminding everyone: We ALL belong. 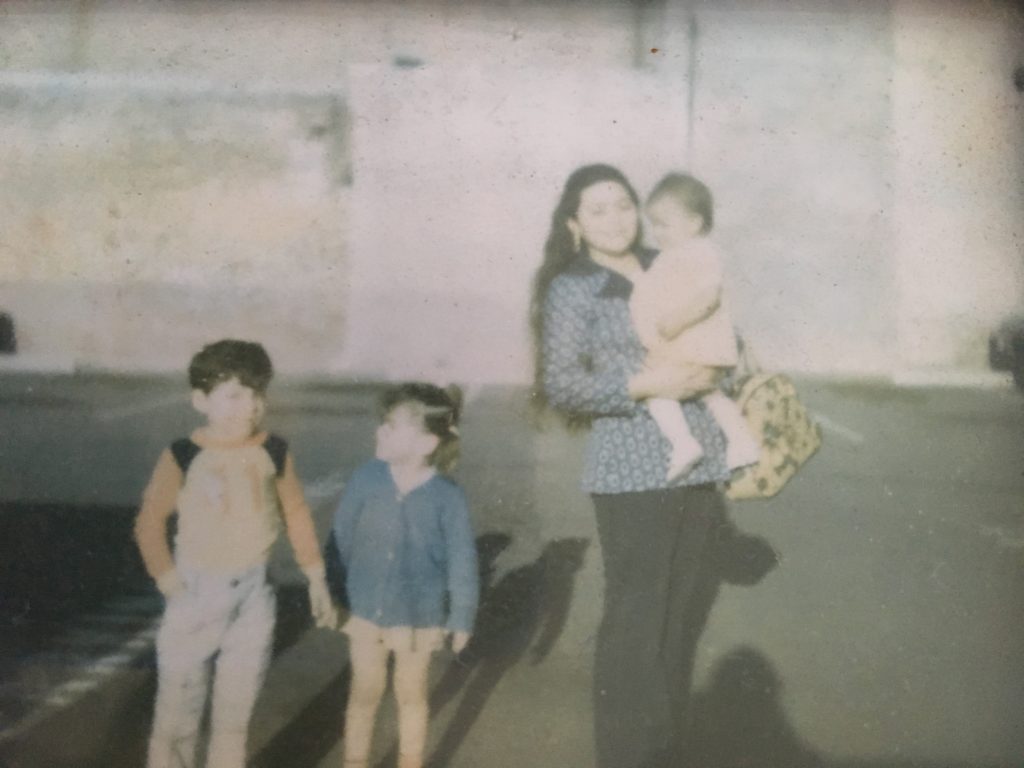 Author, 8-months old, with family on arrival to the U.S.