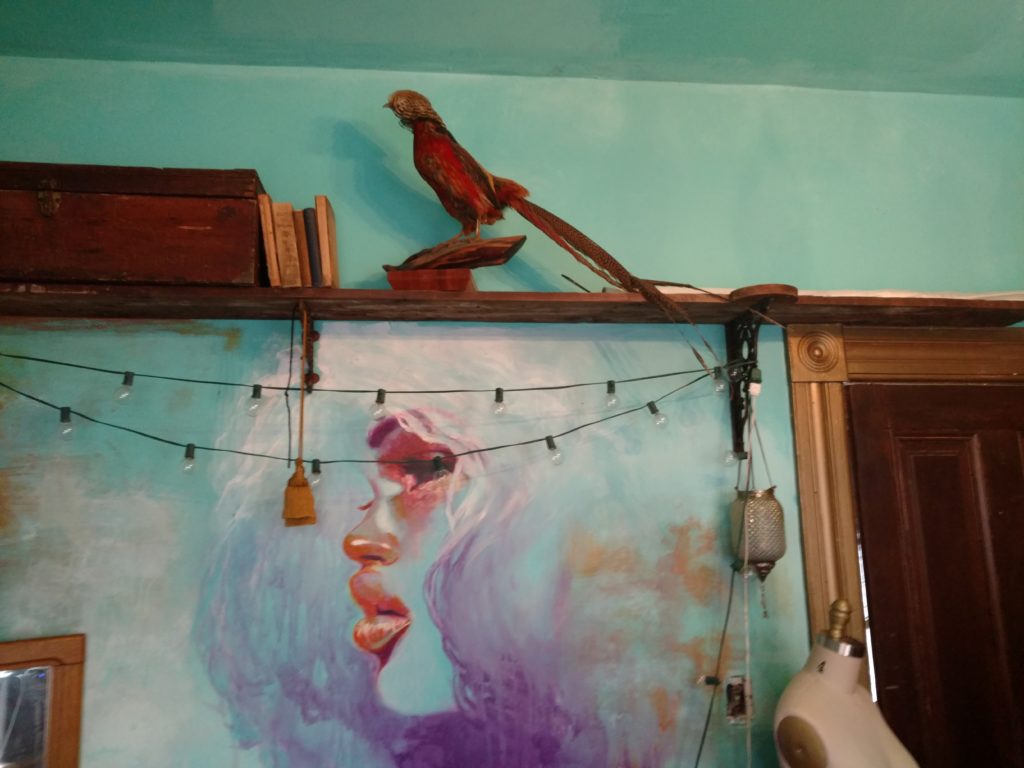 There’s a large old Victorian boarding house, now an artist’s communal living space, in East Oakland that always makes people stop and stare when they go by. It has climbing roses, decoratively painted steps, taxidermy buck heads, and a rotating number of works-in-progress outside.
The proprietor, “C” leads me inside (She wants to remain anonymous due to recent crackdowns on artist spaces in the wake of the Ghost Ship fire.) As we sit down, a fire alarm goes off. “That’s been happening all week”, she says.
As she resets the device, we sit down to talk about what it’s like to run an artist’s space in Oakland, and what the challenges are in the wake of the massive warehouse fire that claimed the lives of 36 creative young people.
“About five years ago, my friend told me ‘You need to be here in Oakland, this is where everybody is at.’” ”C” was living in Fremont at the time and moved to Oakland to be around like-minded people- artists and creatives. She is a fashion designer and installation artist.
“I didn’t intend for this to be a communal living space, but whatever type of creative person you are, you’re going to plant these seeds and they’re going to bloom around you. I’m not surprised it happened, but I wasn’t planning it.” She began to rent out inexpensive rooms to travelers and artisans who needed a place to live and collaborate.
“The first time we threw a party it was just a housewarming. Everybody was having an amazing time and we were all dancing –that moment I stopped and started sobbing. I was really proud: it was like my gift for people. I really miss that. I miss that a lot.”
After a few years of hosting highly- anticipated and enormous Halloween parties for friends and neighbors, she chose to ramp it down. Safety is a top reason why “anybody with a conscience” would reconsider using their home as a venue, she says. Now her gatherings are much more limited in number and volume.
“At some parties I’ve been to we would go up a ladder and crawl into a little room and I thought “wow that’s so cool’—and now I think ‘wow, that’s horrific,” “C” says.
“With the Oakland fire, it’s going to scar us in a way that people on both sides are going to think twice about.” she says. Those who attend art events are going to be more fearful, and the party hosts are going to lay low, “probably for quite a while.”
“C” knows the Ghost Ship artist space proprietor Deric Almena in passing. Though she didn’t care for him personally, she has a lot of respect for his collective. Several of her cohorts know him, his space, and knew some of those who died in the fire.
“That could have happened to our space, that could have been us, and we knew it.,” she says. “As the parties got huge, the responsibility of keeping everybody okay was stressing me out. That was one of the reasons we stopped.”
In the days following the fire, “C” knows of at least three artist live/work spaces that have been shut down by the city. “I don’t think it should have been that swift to give them the ax” she says. “I understand why they’re doing it, but if I was one of the people who perished, I would not want my community to be punished. They were practicing their craft and doing what they loved, and I would not want people in the aftermath to not have a chance to experience those things.”
She says she thinks the city is on a witch hunt, going after the artist communities because city staffers think the partiers are “doing bad things in there and not getting permission.” She wonders how many have even been to a rave. 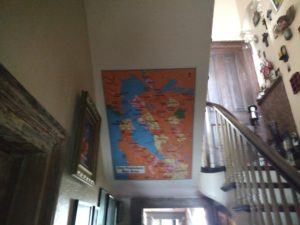 “So when we built crazy things in our backyard it was really nice to share them with our friends, but also our community. I was really afraid because we’re bringing outsiders, and kids at times, but it was great to make something that brought joy to other people.” The vitality of a community, she feels, depends on artists opening up their doors.
“But to do that, it takes so much money. To throw a real party, to get permits, to rent a warehouse—nobody is going to permit anything we’re trying to do. And part of the underground is rebellion.” Though she acknowledges the permits are to keep everyone safe, she also feels they are a resource for more money for the city.
“When I first came to Oakland, it felt like the Wild West of the Bay Area. You could do anything. Landlords didn’t mind a bunch of kids living on their property because they at least paid their $3,000 a month.” But she sees lots of artist properties, even before the fire, getting sold to wealthy developers and made into condos. She fears that more of this is on the way, post fire.
“We’re still in the middle of everything right now. Maybe in a few years I can look back and see things clearly. But right now, we’re literally still on fire,” she said. There is simply too much to reconcile at the moment. As we walk out the door, the fire alarm goes off again.

Facebook post by “C”.
“Finding the right words to describe how I feel about the Oakland fire.. is.. hard. Bare with me as I’m gonna try.
Underground art scenes have shaped me ever since I was old enough to realize I could sneak out my bedroom window and spend the night in some dark grimy warehouse filled with colorful freaks and way too loud music. I’ve been to so many parties I can’t even count. And when I got my own space in Oakland my natural instinct was to create one of my own. Some of you reading this have probably been to some of my parties.. and if you have I don’t have to explain the awesomeness of the spaces we created here. With pure love of making art and the desire to share them with you, we always had sincere intents of awing our friends and making memorable nights we could talk about when we’re old.
Every party we ever threw I would always take a step back at some point in the night and just watch my guests… dancing smiling yelling intoxicated friends, sometimes strangers.. totally letting loose.. and I would cry. Yes. Cry. Its beautiful thing to witness people feeling good as the result of something you made. Every artist strives for this. We put our art and ourself into the world to share our talents in hopes we will move you.
When I hear the media say “artist collective”  and “un-permitted” in a negative light.. I seriously feel my stomach drop. They are talking about me.. they’re talking about a lot of us here. We, the people who find sanctuaries in such places know just how important they are in our worlds.
With that said, this tragedy will have us all thinking twice about entering that small dark room or building that crazy structure out of pallets. I know because two years ago as our events grew larger I started to feel the weight of the responsibility of keeping my guests safe. I knew if something happened I couldn’t live with guilt knowing I created something that hurt another. It’s one of the reasons we stopped.
Moving forward from this is gonna hurt. We are scared. We’ve lost friends, family, and pillars in our underground community. But I hope we can come together in love and compassion and not loose faith in those spaces that are so dear. To my underground family and to those suffering from this tragic loss, I love you. Be safe.”