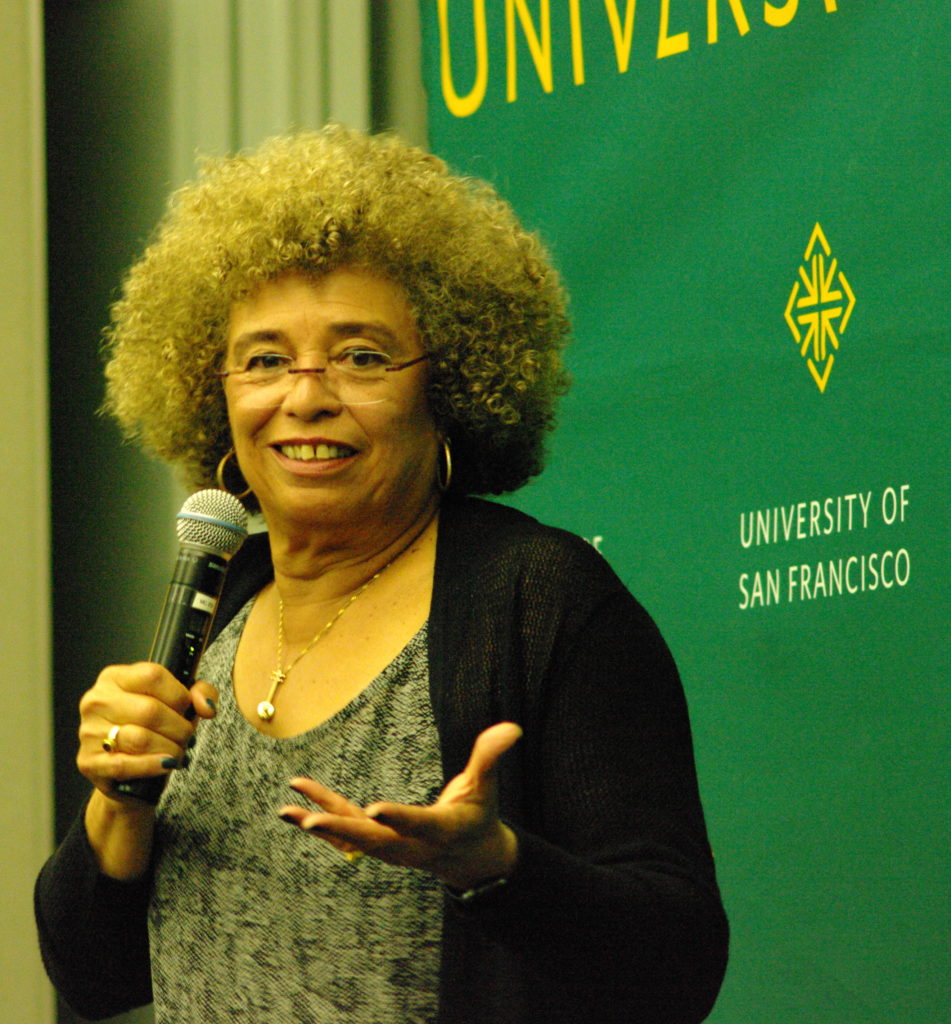 Angela Davis talks to students at the University of San Francisco

I did know that she grew up in Birmingham, AL. I knew she was on the FBI’s Ten Most Wanted List in connection with a 1970 kidnapping gone bad, resulting in the deaths of Jonathan Jackson, Judge Harold Haley and two others. She was a fugitive for two months before she was arrested.  After a much-publicized trial, she was acquitted by an all-white jury in June, 1972.

Today, she is Professor Emerita at UC Santa Cruz and a world-renowned thinker. While she acknowledged the Black Panther Party in her lecture(she was never an official member but definitely a supporter), she also talked about Beyoncé, Black Lives Matter, and Bernie Sanders.

“It’s a great time to be alive, especially for those who are young because it is a time of resistance,” Dr. Davis said as she opened her talk, speaking directly to the students. “Activism against police violence has produced a new set of circumstances. Students, regardless of racial background, have always been at the forefront of radical activism,” she said, referring to Black Lives Matters and its founders.

“I can say that I am happy that Beyoncé decided to do this evocative performance,” she said, referring to Beyoncé’s Super Bowl tribute to the Black Panther Party. “I embrace the fact that there is a broad conversation that was staged by that performance.” 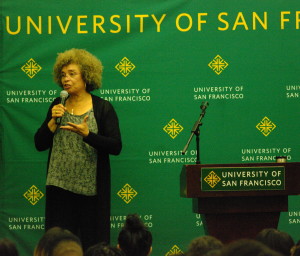 Angela Davis at the University of San Francisco

Speaking about Democratic presidential candidate Bernie Sanders, she said: “It is important that someone like Bernie Sanders is calling for free healthcare and free education.” She has since endorsed Sanders for President.

She concluded with comments about feminism, speaking to the women student activists in the room.  “There isn’t one version of feminism.” She expanded on the concept of feminism by challenging the audience to think about what kind of feminism would liberate the world, mentioning that there was such a thing as anti-black feminism. Dr. Davis qualified her brand of feminism as “anti-capitalist feminism.”

This event was sponsored by the Black Student Union at the University of San Francisco.