By Mustafa Solomon, Bill Joyce and Marilu AguilarPosted November 30, 2015 8:14 am

The Oakland City Council’s Public Safety Committee on November 10 accepted a $1 million gun tracing proposal as a pilot program to be funded for two years, with a review and assessment scheduled thereaafter. 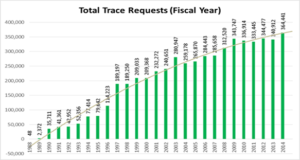 Source: National Tracing Center of the Bureau and Alcohol Firearms and Explosives

According to the Bureau of Alcohol, Tobacco, Firearms, and Explosives, gun tracing refers to the “systematic tracking of the movement of a firearm…from its first sale by the manufacturer or importer through the distribution chain to the first retail purchaser.”

The evening began with a little excitement that disrupted the silent tension at city hall when a  large gathering of fast food workers, union members, and community activists  rallied before the meeting in support of raising the minimum wage. Part of a national day of action, over a dozen leaders — including Vice Mayor Rebecca Kaplan, Alameda Central Labor Council Executive Director Josie Camacho and Anthony McCray of ACCE — urged their constituents to campaign for a state referendum to raise the minimum wage statewide to $15 per hour, with subsequent annual cost of living increases.

The Public Safety Committee meeting proceeded as scheduled in the downstairs meeting room, heavily guarded by Oakland police officers.  About 50 Oakland residents, including community members and correspondents from Oakland Voices, were in the audience. 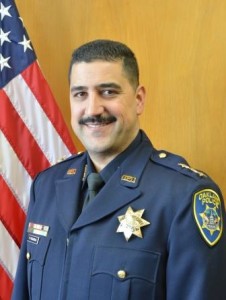 Assistant Police Chief Paul Figueroa said the new squad assigned to the shot-spotter duty would be able to respond immediately to shots fired. The heightened response would allow officers to collect gun casings and possibly make connections to shootings in other areas. Figueroa said neighbors would feel more secure knowing that officers “are actually going to knock on doors and check on people.”

The committee accepted Wehrly’s explanation that OPD’s current technology is out of date, relying upon the labor-intensive manual entry of all recovered gun data. The paid positions, however, including $360,000 budgeted for police officer overtime and comprising over 75 percent of the proposal, triggered sharp questioning from both committee and community members.

Committee Chair Councilmember Desley Brooks pointed out that when the budget item was approved, no specific program had been identified. “When money is allocated, you find something to spend it on,” she said, expressing concerns for long term financial obligations “for something we’re not clear about.” 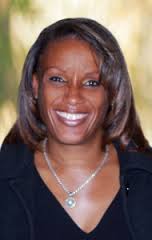 Councilmember Abel Guillen questioned the use of overtime. “I’m looking at the numbers, $360,000. To me you hire more staff as opposed to dedicating that to overtime to have more coverage in the neighborhoods, if that is in fact what you’re trying to do,” he said

Figueroa explained that the two crime analysts positions were time-limited and the overtime pay is for officers to respond to shots fired on their regular beats. He indicated the special unit would be deployed when gunfire is most prominent –   75 percent  of gunfire occurs between Fruitvale Avenue and  the San Leandro border during Saturdays and Sundays, between the hours of 6 p.m.and 4 a.m.

Assata Olugbala, a community member,  asked if the proposal represented best practices or “was it an experiment in some form?” She reminded the committee that not all young men with guns are criminals. “These young people want to protect themselves. They don’t want to commit crimes. They’re afraid of being victims. It’s not all criminal but it’s the culture that needs to change,” she said.

Paula Hawthorn of the Brady Campaign against Gun Violence backed the proposal’s promise in tracking down networks of gun users through the crime analyst positions. Aeeshah Clottey, founder of the Attitudinal Healing Connection, reminded the committee of the recent murder of muralist Antonio Ramos. She supported the proposal. “I think the $1 million should be allocated but that the police officers should be known by the community,” Clottey said. 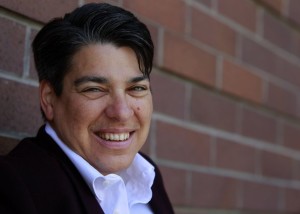 Councilmember-at-large, Rebecca Kaplan, author of the proposal, described it as a “pilot” program. She emphasized the need to fund a focused response to the Oakland’s gun violence. “Every shooting happened because there was a gun there,” she said, “and the widespread easy proliferation of illegal guns in our community is a serious public safety threat.” Kaplan emphasized the improved technology to track down sources of illegal weapons along with the importance of an immediate police response.

With 88 homicides already this year, the homicide rate has surpassed last year’s rate; gun violence continues to be a major issue, not only for the targeted area, but for all of Oakland.

Following the meeting, Kaplan told Oakland Voices, “With city council approval of the pilot next Tuesday, there will be no lag time, and we can begin implementing it right away.”

The gun tracing proposal is on the agenda for the December 8 city council meeting for a vote.