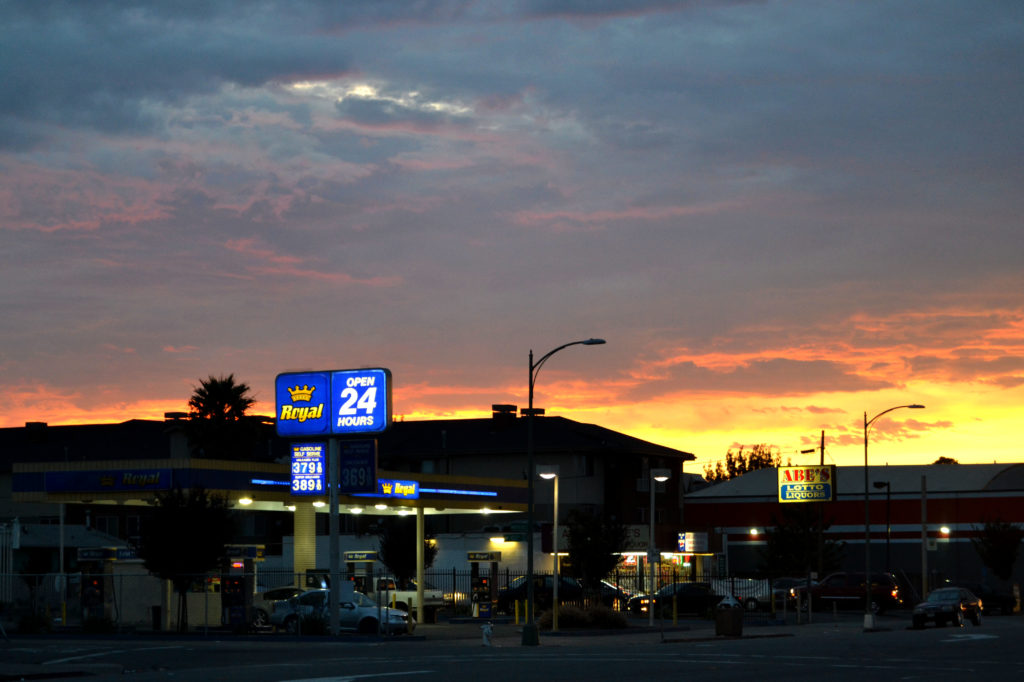 During times of change, especially unwarranted change, I turn to certain quotes to remind me that change can be good. Oakland is undergoing a transformation right now. Change is everywhere. Is it good change? That, I think, is the thought going through the mind of every Oakland native right now.

“Don’t look back, you’re not going back there.” – Mary Engelbreit

I grew up in Oakland.  From the time I was born until I left for college, Oakland was home.  I spent the 1980s in Jingletown, and the 1990s in Iveywood, where I still live. Two neighborhoods that in some way are very different, yet very much the same.  In them, you will find working-class families and individuals trying to move forward and prosper.  In my family, we all had friends from different walks of life, which I always felt reflected the diversity of Oakland.

When I started college in San Luis Obispo, friends always asked if Oakland was really as scary as it was portrayed in the media. I never knew quite how to answer.  To me, Oakland has never been scary. It has always been a city with an amazing soul and spirit.  People are generally friendly and can appreciate each other for their cultural and economic differences.  Yes, I wished there was less crime when I was growing up.  It has been steadily decreasing over the last few years – something Oakland does not get enough credit for.

“Everything changes and nothing stands still.” – Heraclitus

Change creates a ripple effect.  I am seeing how the changes in Downtown Oakland are already moving towards my neighborhood in East Oakland.  The first time I noticed this was when I saw that there are so many more bike riders in my neighborhood.  When we first moved to Iveywood, it felt like it was no man’s land.  In the last few years, it has been changing.  There’s a lot more movement – day and night.  The predominantly African-American and Latino neighborhood is becoming more diverse.  I see it when I ride AC Transit to and from BART during my commute.

The New York Times has dubbed Oakland ”Brooklyn by the Bay.” Being an Oakland native, this label brings mixed emotions. I visited Brooklyn in the summer of 2013 and I liked it. It felt safe, clean, and there were a variety of things to do. What sort of felt strange was that everyone seemed similar. Maybe they didn’t look similar, but it felt as though everyone came from the same background. One of my favorite things about Oakland is that you can encounter people from different walks of life on any given day in any given neighborhood.

It is great to see Oakland getting positive media coverage and not hear only of the homicides. Oakland is a wonderful city and it should get the recognition it deserves. However, with positive praise come the masses looking to move from the incredibly high rents of San Francisco out East.

Numerous articles have been written about the rising cost of living in Oakland.  This results in growing concern over displacement of long-term residents. Artists, low-income families and individuals are slowly finding themselves with fewer rental options.  Growth should not push others out.

My neighborhood is an untapped gem, if you ask me.  House prices are still low, and there are many nearby amenities.  BART is a 10- minute drive, as is the Oakland Airport and Amtrak. I think people will catch on to this in the coming five to 10 years, and the neighborhood will change.  Will I like the change? That’s uncertain.  I don’t want it to lose its vibrancy.

“The only thing constant in life is change.” – François de la Rochefoucauld

There is a fine balance between the good and bad of change that I think many of us Oakland natives are struggling with.  Yes, we want our city to prosper.  No, we don’t want it to lose its soul.  Yes, we want education to become a priority and school ratings to go up.  No, we do not want the low-income students, who may most benefit from good schools, to be displaced.

Only the future will tell what Oakland will look like in 10 years; but I will tell you this, it already looks different from what it was 12 years ago when I moved back from San Luis Obispo.