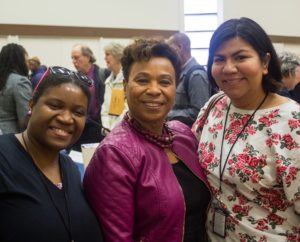 On January 30, 2016, I, along with my fellow Oakland Voices correspondent Aqueila Lewis, attended a town hall on gun violence hosted by Rep. Barbara Lee (D-Oakland) at Taylor Memorial United Methodist Church. I was not prepared for the electrifying and emotional two hours that ensued.

From the panelists’ remarks to the stories shared by the audience members, it became clear that this community, all of Oakland, is desperately in need of and seeking changes to the current gun laws. When the moderator, Lateefah Simon, opened by asking for all those who have been touched by gun violence to stand up, at least half the audience stood up.

Simon really set the tone for the town hall. She stated that “our hearts are broken because every single day we look at children who were never able to become adults.”

Pastor Anthony Lawrence Jenkins, Sr.  led the audience in a prayer and urged everyone to get involved as it is time for us to “start to eradicate the infectiousness” of violence.

The town hall had two youth panelists from McClymonds High School in West Oakland; the two of them lost 20 people in the last year to gun violence.

“As a community member, I fear for my community,” said Dane’Nicole Williams, one of the youth panelists. She recently lost a friend to gun violence. “We didn’t lose one boy, we lost two – that boy is in jail for life,” she observed. “We don’t have time to not be taking a stand” against gun violence, she said.

Treyvon Godfrey, the other youth panelist, had a hard time discussing the topic. Godfrey, who is only 19, has lost five close friends to gun violence. When he began speaking about the fears that he faces every day as a young man of color, he simply broke down and could not keep talking.

At that moment, I think the urgency of this topic became very real to all of us in the audience. It was there, staring us in the face, in the form of this young man.

Another panelist Lynette Gibson McElhaney, president of the Oakland City Council and representative for West Oakland, said the discussions around gun violence and gun laws are “about the right to life.”

“My parents ran from the South because the Klan ran free, but they didn’t want to run to this,” McElhaney said, referring to the current gun violence engulfing Oakland.

Unfortunately, McElhaney has herself been recently touched by gun violence. Her 17-year-old grandson was shot and killed on December 20, 2015.

Congresswoman Barbara Lee said we need to recommit ourselves to peace and justice in our communities. She is currently working on provisions in Congress to declare gun violence a public health issue.

An audience member asked the panelists how an organization with lobbying power such as the National Rifle Association (NRA) can be defeated to change national gun laws.

“NRA is not more powerful than we are,” Lee said, simply. She is asking her constituents to support her in the following legislative priorities: repealing data restrictions on gun sales and background checks, securing vital public safety resources, closing the gun show loophole and restricting the sale of assault weapons and large capacity ammunition.

She is also calling on the Oakland Unified School District to introduce programs such as Tai Chi to help students find different outlets.

The audience was given time to ask their questions and share their stories. Soon enough the entire audience was in tears. We heard the stories of people who have lost numerous friends and family members to gun violence and survived the pain to share their experiences. We heard from a woman who had been shot a few weeks prior while attempting to help another woman during a domestic violence dispute.

Dinyal New, a mother who lost both her children within weeks of each other, reminded us of the countless mothers who are now childless because their children were taken from them by gun violence.

As New walked past me, I reached into my handbag to hand her tissue. I lost my parents by the time I was 23 and it shook me to my core to see a mother crying for the children she’s lost.

Godfrey was so touched by New’s reminder that he left his seat on the panel to give her a hug.

Towards the end of the meeting, an audience member said she was unsure of what our community needs to get through the current cycle of violence. Williams responded, saying that sometimes she feels numb to what’s happening around her. But she said one thing that she is sure of is that we, collectively as a community, need help.

“We need to take care of our youth,” Williams reminded us.

I completely agree with her because the future is for our youth, whether we are parents or not. We need to be active participants in our community’s work to end the cycle of violence so that future generations may see our community prosper.

As Dr. Martin Luther King, Jr. said many years ago, “life’s most persistent and urgent question is, ‘What are you doing for others?'” 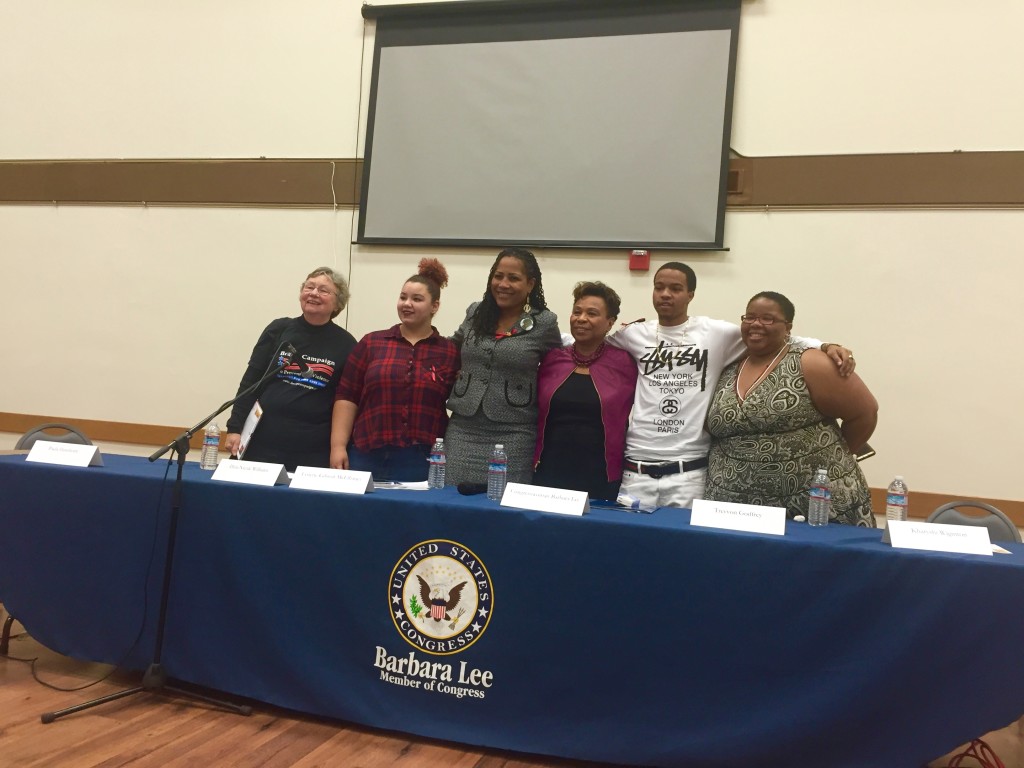