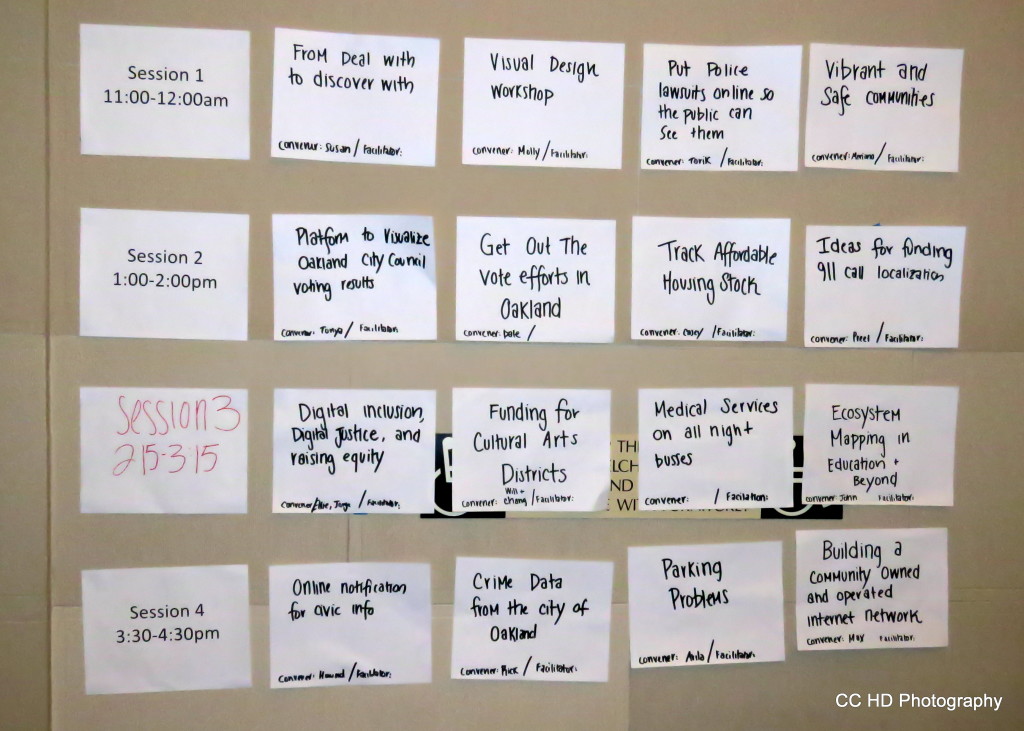 The final schedule for City Camp 2016

In spite of glorious sunny weather and a plethora of Super Bowl events, more than 100 citizens and city staff gathered at City Hall on February 6th to champion ways to use digital technology to solve many of Oakland’s problems and to increase openness and transparency in government.

This was the fourth such gathering over five years, bringing together tech-savvy developers with activists and “entrepreneurial bureaucrats” in what organizers describe as an audience driven “UnConference” format.  That is, attendees freely proposed topics for workshops and then scheduled the most popular ones. 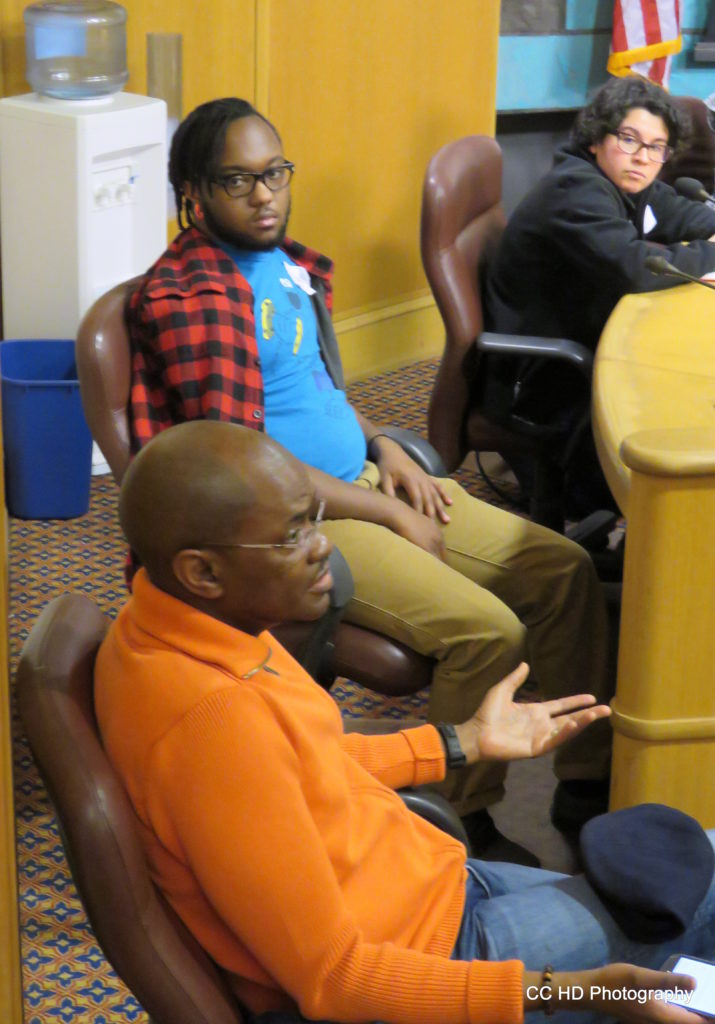 Mayor Libby Shaaf opened the event, noting she was one of the folks who had been to all four City Camps, including the first, called Code4Oakland.  “I  still have that great t-shirt,” she said.

The Mayor has been involved in promoting Oakland as a new Technology center since she served on the city council. She has helped promote Open Data policies which liberate city databases for use by community groups  and civic tech activists, many who volunteer to work with OpenOakland.org, the organizing group behind the last three City Camps and other community tech events.

Mayor Schaaf also said addressing the Digital Divide in Oakland is crucial, but now more possible.  Until recently the influx of new tech firms had made differences more dramatic between the newer tech workers and older residents.

“Now we see more people with access to smart phones…” Schaaf explained,  She also highlighted the decades of work by Oakland Technology Exchange West (OTX West) and its program to provide thousands of recycled computers to low-income families in Oakland.

“How can we move from the Digital divide to the Digital Bridge…?”, she asked. “How can we harness tech and use it to drive people together, toward opportunities, towards better access….?”

Mayor Schaaf said she had four priorities she wanted the attendees to discuss and “hack on”  :

—  holistic community safety, including improving relationships between police and communities of color
—  sustainable infrastructure
—  responsive, trustworthy govt with transparency
—  equitable jobs and housing
“This city is in the middle of an affordability crisis,” Schaaf said, adding that the cost of housing relative to income is going up faster in Oakland than any other city in the U.S. She said there is a need to both raise incomes as well as stabilize housing costs. “We are ground zero (for this fight),” the mayor added.

The mayor highlighted the OpenOakland OpenBudget project as an example of both transparency and civic engagement: “This is something you brought to us,” she said. “the ability to see our budget as a picture.”

Schaaf concluded by asking the audience to ” keep equity at the front of your thoughts.” 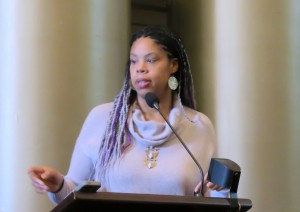 Ericka Joy Baker spoke on diversity in Tech.the need for ethnic diversity in the Tech industry was delivered by Erica Joy Baker, a former Google employee who now works at Slack in San Francisco.  “Diversity… is super important, especially in the City of Oakland, which is, reportedly, the most diverse city in the United States. “

The need for ethnic diversity in the Tech industry was the topic of the second keynote speaker, Erica Joy Baker, a former Google employee who now works at Slack in San Francisco.  “Diversity… is super important, especially in the City of Oakland, which is, reportedly, the most diverse city in the United States,” she said.

Baker talked about the lack of data about diversity until recently.  She said most companies feared criticism and lawsuits because of their lack of diversity.

“It turns out fear is a liar, most times, because fear will have you thinking things that are not true,” she said. She pointed out the recent sharing of hiring data by large tech firms has resulted in a greater focus on diversity in the hiring of new tech workers because the numbers show a marked lack of diversity.

“With this increase in transparency, there is an increase in action [with] people starting lots of programs to improve diversity and inclusion at their companies,” Baker said.

Nicole Sanchez, the VP of Social Impact at Github, also addressed the issue of diversity.
“I like all these different ideas that are focusing on equity,” said Tonya Love, an Open Oakland volunteer.  “This is more important as we get more Tech in Oakland…  We want to make sure that those that work here in Tech reflect the diversity that is already in Oakland.”

There were 16 breakout sessions held throughout the day led by volunteer facilitators and note takers. Topics ranged from housing issues to digital access to 911 system replacement options and other community concerns.

Jose Lopez, an organizer with Citizens for a Better Environment in East Oakland, came to City Camp for the first time. “I heard about it and I’m really excited to learn  what ideas people have to help the residents of Oakland,”  he said. “Bridging the Digital Divide is desperately needed” in Oakland. 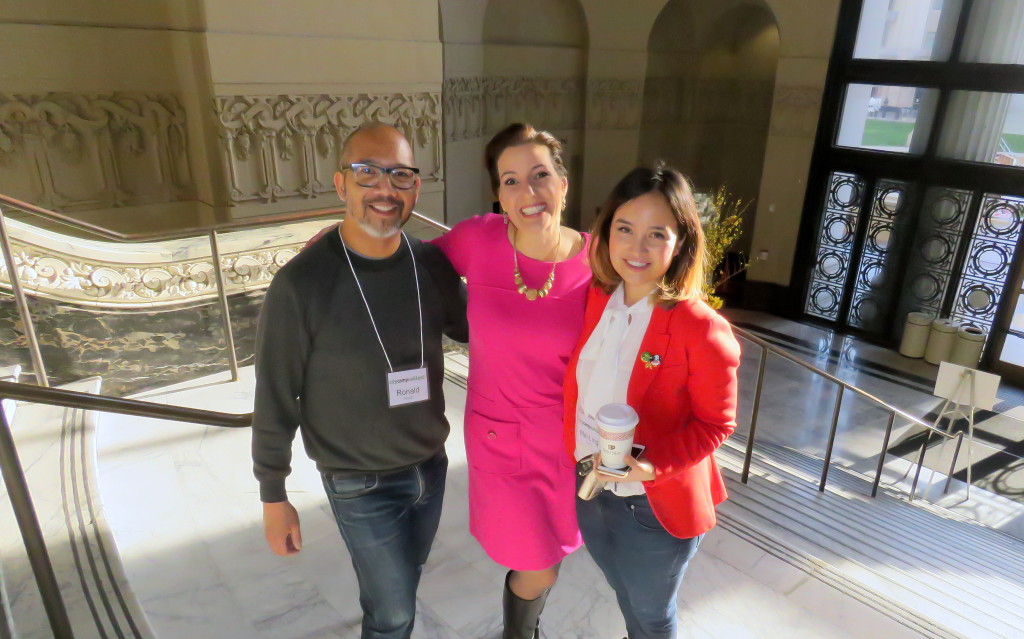 Ronald Pineda, principal organizer at OpenOakland for City Camp 2016, said his goal was to bring community groups into deeper connection with the City. “We wanted to continue to honor our partnership with the city and invite more groups that call Oakland home,” he said.

“For this year’s CityCamp, we made that a priority. At the same time, we wanted the process to be fun and joyous, because partnerships thrive in those environments. I’m seeking feedback to improve OpenOakland’s future offerings—to ensure they remain reflective of this special city,” Pineda said.

In his day job, Pineda is the enrollment manager for public programs of the Rockwood Leadership Institute.  Pineda began working with now Mayor Libby Schaaf almost 20 years ago at Oakland’s first Net Day to wire OUSD schools for internet access. 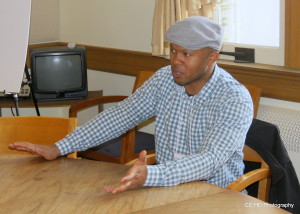 “CityCamp has been an excellent place for people to sharpen ideas and develop projects, ” explained Tarik Bennett, of Open Oakland. “I was a convener for a session on (Oakland Police Department ) OPD lawsuits. The original idea gained a lot of perspective from knowledgeable people which may help it become a reality.”

Two separate sessions looked at OPD and crime info. One, focused on getting and displaying current and historical crime data, was led by Rik Belew of Open Oakland, who maintains a blog on crime data at rikiwiki.electronicartifacts.com [http://rikiwiki.electronicartifacts.com/wp-content/uploads/2013/04/opd_openData_130131.pdf]. This session reviewed past efforts such as the CrimeSpotting website that is now not maintained and discussed issues related to removing personally identifiable information, which is often required by law.

The second session reviewed  lawsuits against the police and their impact on the city budget and the problems of obtaining this information. Bennett led this session with the assistance of Sonny Le.

Participants wanted to track individual OPD officers who have been sued for inappropriate use of force or other problems as they move through OPD and also through other regional police forces. They also wanted information on the cost to the city by police beat. Some attendees are following up on the community interest by prototypng an application to display related information.

Mai-Ling Garcia, ‎Online Engagement Manager for the City of Oakland.

Arranging the schedule, based on attendee votes.

The final schedule for City Camp 2016.

Part of the lunch.

Posters from session on Digital Divide.

Ellie [left] and Tonya [center] led the session on Digital Justice and the Digital Divide.

John Baldo, one of the City Camp organizers.