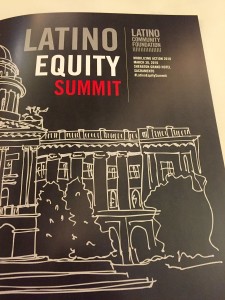 Last month, I attended the Latino Equity Summit at the Sheraton Grand in Sacramento, California.  The Summit brings together Latino leaders, advocates and policymakers in an effort to discuss community solutions to assist the Latino community.  This year marks a unique and historic moment in Latino politics; for the first time in the state’s history, Latinos hold two of the top leadership posts, with the appointments of Assembly Speaker Anthony Rendon and Senate President Pro Tempore Kevin de León.

“Today is about our collective voice,” said Jacqueline Martinez Garcel, CEO of the Latino Community Fund.  Latinos in California are the largest racial or ethnic group in a state.  She commented on the “trash talk” in the current political campaign, and reminded us that “Latinos are a driving force of the economy in California.”

“How do we ensure Latinos are thriving and reaching their highest potential?” she asked.  Her answer: 1) by securing policies that protect the environment and address climate change; and 2) advancing opportunities for Latinos to excel in higher education.

California Senate President de León reminded us that California has come a long way from the days of former Governor Pete Wilson and Proposition 187, approved by California voters in 1994, which denied public services to people who were in the country illegally. (The law was overturned as unconstitutional by a federal district court.) de León, the youngest child of a single mother with a third- grade education, proudly announced that for the first time in our state’s history, two people of color are at the helm.

“Latinos are the strength and backbone of this economy,” he said, echoing the words of Ms. Garcel.

A panel on the environment addressed the misconception that the Latino community does not care or is not educated on environmental issues.  One of the panelists pointed out that the California Central Valley has been struggling with water issues on the scale of the Flint, Michigan water crisis for decades. Another asked why no one is talking about the numerous towns in the Central Valley that have no access to water?

The prevailing thought amongst the panelists and attendees was that the mainstream media does not pay attention to the issues that plague immigrant communities.  According to Earth Justice and the California State Library, 92 percent of California’s farm workers are Latino and are disproportionally affected by the current drought we are facing.

Earlier in the day,  Garcel reminded us that “change happens when we change the minds and hearts of our leaders.”

With those words, the attendees set out to meet with various state representatives to remind them that the Latino community is resilient and will persevere. 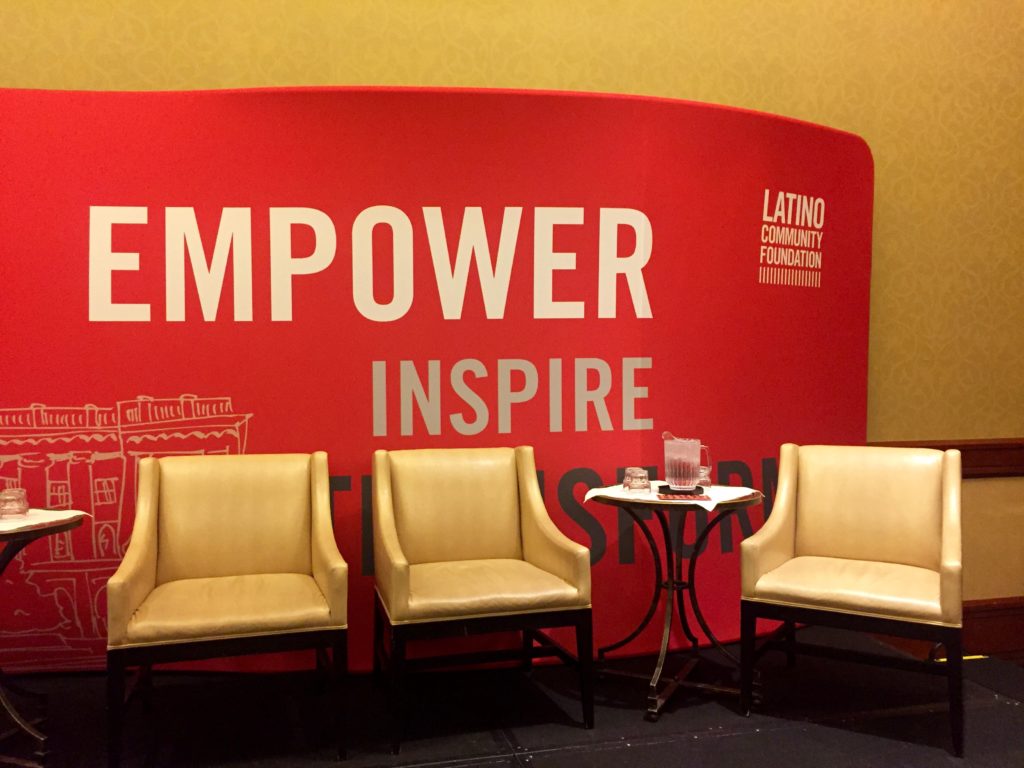