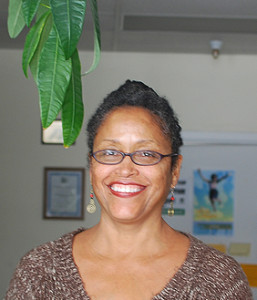 Children growing up with asthma are a reality for families living in the 94621. “The most polluted zip code in Oakland,” said Nehanda  Imara, an organizer with Communities for a Better Environment (CBE).

The study found fine particulate matter 2.5 microgram per cubic meter of air,  a size which experts agree can enter the bloodstream through the lungs and is linked to respiratory diseases such as chronic bronchitis and asthma. Living conditions that jeopardize the lives of hundreds of children playing at Acron Woodland, Community United, East Oakland Pride, Encompass Academy, Greenleaf and New Highland Academy Elementary Schools—all located in the 94621. 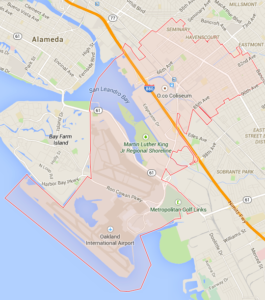 “Both children in my household are diagnosed with asthma,” said Leticia Hernandez who participated in the study. Ten adults who were interviewed as part of the study reported that one member of their household has asthma.

Its legal team has to date stopped Stewart Enterprises from building a crematorium in the 94621.

Founded in 1978, CBE has been working to stop the five Bay Area refineries from importing dirty crude which would increase pollution and greenhouse gases. It would also increase the probability of industrial disasters like the 2012 fire at the Richmond Chevron refinery or the recent train derailment in West Virginia, because trains would carry lower quality, more corrosive crude for refineries to process.

Imara told me, “We don’t need another drop of pollution.”

Imara also serves as an adjunct teacher of African American and Environmental Studies at Merritt College. She created the first Environmental Racism/Justice course at the Peralta Community College District. Professor Imara lives in East Oakland, suffers from asthma, but like a breath of fresh air, she empowers the voiceless into action—a 94621 community change agent.

In addition to pollution, she talked about forces she called, “social stressors,” which include the negative impact of foreclosures, unemployment, over policing, food desserts, blight and the lack of affordable housing and safe parks.

I shared my concerns about blight caused by abandoned gas stations that had leaking underground gasoline storage tanks in East Oakland.

My Oakland Voices colleague, Sara Rowley, and I have conducted a months-long investigation into the issue of abandoned gas stations in East Oakland. Tomorrow, Oakland Voices will feature those stories.