What Came First, the Super Bowl or sex work?

What came first, the chicken or the egg, or in this case, the Super Bowl or sex trafficking? We can safely assume that sex work came first.  When cities find themselves hosting this big event, they tend to crack down harder on sex trafficking within the weeks leading up to the Super Bowl instead of focusing much- needed time and resources on advocacy groups doing the work year-round. It is these organizations that make important distinctions between sex work and sex trafficking and create policies that protect the workers. It is also, these organizations that will be there long after the stadium seats are empty. 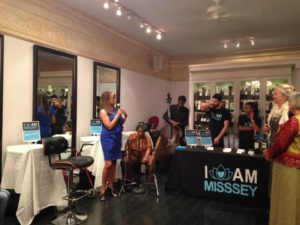 One major distinction to make is that sex workers work voluntarily, in exchange for money. Although sex workers can also be victims, for some, this can be a regular line of work. However, sex trafficking, like all forms of human trafficking, involves victims who are coerced and tricked and who are essentially modern day slaves.

Late last year, Amnesty International (AI) worked to pass a policy to protect the rights of sex workers. Amnesty says that it is fully aware of the marginalization of sex workers; its policy states (we) “ …realize the economic, social and cultural rights of all people so that no person enters sex work against their will or is compelled to rely on it as their only means of survival, and to ensure that people are able to stop sex work if and when they choose.” Along with Amnesty, other advocacy groups make distinctions between sex work and sex trafficking for the safety of those involved in sex work so they won’t be criminalized, abused, violated and discriminated against and forced to work underground.

Days before Super Bowl 50 was to commence, Ryan Murphy, an Oakland native and Denver Broncos practice squad safety, along with his brother, were seen with an 18 -year- old woman who was responding to an online ad soliciting sex work. Murphy and his brother were then questioned by the Human Trafficking Task Force about the incident; the woman was part of the task force’s sting operation to crack down on sex trafficking around the time of the large event.

Murphy was involved in soliciting sex work and not human trafficking. This distinction should be made for many reasons. “Treating sex work as if it is the same as sex trafficking both ignores the realities of sex work and endangers those engaged in it,” explains Melissa Ditmore, an author of reports issued by Sexual Workers Project (SWP). According to their website, SWP provides client-centered legal and social services to individuals who engage in sex work. The organization also believes that not making these distinctions can grossly misinform people about the seriousness of human trafficking and at the same time give people a false sense of safety once the last cleat has left the field and the cameras are off.

In 2013, San Francisco’s Mayor, Ed Lee launched the Mayor’s Task Force on Anti-Human Trafficking. This task force was assembled just two months before the NFL chose Levi Stadium to host its Super Bowl 50. Although ending the exploitation of women, men and children should be at the very top of all our lists, the exploiters, as well as the exploited, don’t simply appear with the crowd, or disappear for that matter. According to Mayor Lee’s own human trafficking report, the FBI includes the San Francisco Bay Area on its list of the 13 highest child sex trafficking areas in the nation. That ranking has nothing to do with the NFL or Super bowl 50.

There are various organizations around the Bay that work year-round to promote awareness and advocacy. We should be focusing on them. Organizations such as MISSSEY,  a community-based organization, provides support to and advocacy for commercially, sexually- exploited youth in Alameda County. There is also No Traffick Ahead, which is the largest multi-county workgroup in the Northern California Bay Area dedicated to a long-term, sustainable approach to combating human trafficking in all forms. According to their website, their workgroup comprises more than 50 agencies from six counties across the Bay Area. These are just examples of organizations that were already doing advocacy work before, as well as during and after the Super bowl.

Unfortunately for Murphy and his brother, soliciting sex is illegal, but he is fortunate he was questioned and then sent home. However, his brother and a dozen other Johns in the past few weeks were cited and even arrested for soliciting.

Only time will tell whether Mayor Lee and his task force will continue cracking down now that the Super Bowl dust has settled. But if they do not make it a priority, there are plenty of advocacy groups that distinguish the chicken from the egg and know that the egg, or rather sex work, came first.