We all know about online dating services and have heard of people finding their significant other through these websites. Or perhaps you overheard people at parties or bars talking about their sexual experiences related to services. 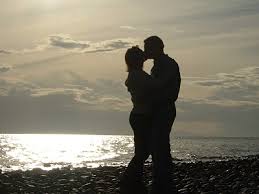 It all started as early as the Internet did back in the ’90s, with chat rooms and forums for single people, which then evolved and evolved into what we have today. But these services have been  going on since the creation of the first newspapers in Europe in the early 1700s, where personal ads were posted in search of a husband or wife. People have always feared to be alone because having a partner and being married has been imposed on us by our societies.

I decided to interview three random people at the Fruitvale BART station and get their personal opinions from their online dating experiences. Let’s start off with Kasey:

Kasey is a 26- year- old Caucasian female. She used Plenty Of Fish© and Okcupid© to try it out for about a year, for two hours a day. She said it gave her something to do in her spare time. Even though she didn’t take it seriously, she was willing to engage in a serious relationship if the right guy came along. The first time Kasey met someone she said it was nerve wracking. But she felt safe because she only set up meetings in public places. She said was looking forward to having a “good time.” Kasey only actually met with two guys out of the eight she arranged to meet. She had protected sex with one of them and did not catch a STD or anything from this experience. Eventually Kasey stopped using online dating; it didn’t work out for her the way she wanted.

Janelle is a single mother; she is a 24 -year- old Hispanic female. She used Tinder© and Plenty Of Fish© for about five weeks and was lucky enough to find a partner even though she was using these websites to find friends and sex. As a mother of two, Janelle’s self-steem was low and she didn’t think guys would find her attractive anymore. These websites brought her self-steem back up. She met six guys, had unprotected sex with them and didn’t catch anything. She kept some of these guys as friends.

Online dating can be risky, heartbreaking, or it might help you find a partner. People have different reasons to use these alternatives and will sometimes lie about their intentions. Services like these have been around for years and will continue to exist here in Oakland and around the world.