Not Just For Sundays – A Poem and A Plea

keeping the beat of drums

my tiny head bobs back and forth

while i hum the tune to a sacred song

i have yet to learn the words

but i can feel its love

and pain woven together melodically

at the top of their voice

while sisters and brother not related by blood

dance and clap and smile

onto porches and stoops

where some have sat

soaking up this sound

to drums as well

they will stretch over these velvety pews

and hum our tune 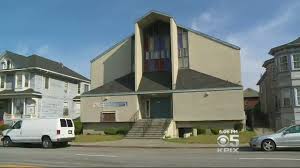 The changes in Oakland due to gentrification, development and displacement have been on the lips of longtime residents and natives of this culturally- vibrant city for some time now. Just recently there has been news around those newly arrived or “gentrifiers” complaining about black churches and their music being too loud. 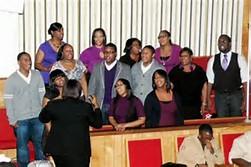 One church in particular is Pleasant Grove Baptist Church in West Oakland. According to an article written by the Post News Group, the City of Oakland sent a letter dated August 31, 2015, alerting the church of noise complaints and citing Oakland’s Noise Ordinance, Municipal Code 8.18. The city also threatened to fine the church $3,529 and $500 a day if the loud music persists.

There is some fear and concern for what this may mean for neighboring churches because this letter came without a warning or visit from the city. With the growth of a gentrifying population throughout Oakland, it is possible more churches could be cited.

When I was young, I couldn’t wait to go to church and watch families dance and sing as if they didn’t have a care in the world when we knew there were many. It never occurred to me we were too loud or that people didn’t enjoy the soulful sounds resonating through the community.

For reasons other than gentrification, this is not the same Oakland of my childhood. People I once called neighbors have moved and others have taken their place. But it seems that newcomers aren’t just waiting for communities to transition into “safer” communities. The sometimes baseless fears that the gentrifying population bring  can cause some of the natives to be profiled as criminals and make everything they do subject of suspicious, like something as simple as being lost.

A while ago I came across an app but it was reintroduced to me in the last week – it is  called NextDoor. This social network is a platform for neighbors to connect with each other about issues in their community. Within the context of Oakland and gentrification (which I am sure applies to other cities and neighborhoods as well), people use it as a tool to profile people of color and alert the police, which can lead to serious consequences.

The consequences that arise from racial profiling are the over- policing of a community or a type of community member like that seen at Lake Merritt a few weeks back. In late September, a white Oakland resident called the police on some members of Samba Funk who are black and Latino, practicing on the drums.  This resulted in the citation of the drummers by 13 police who showed up as a result of this complaint. 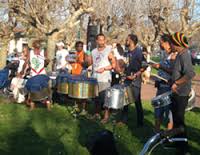 Not only is this over- policing, but the fact that this person, who is new to Oakland, felt the need to call the police on drummers in the park in the early evening is not only arrogant, it’s bad neighboring.

The problem, one can argue, is not the churches, or sketchy- looking people in the neighborhood or drummers in the park. The problem is Oakland. However, there is more to this city than just gangs and drugs. There is culture and I guarantee you that Oaklanders will not just stand by and let their culture be deemed “noise” by people who don’t understand its significance and history.

Gentrification is such that people who come into already- established neighborhoods do not wish to become neighbors but end up, what I refer to as, “Columbusing.” This refers to people from another place settling in a land they are not native to in an attempt to make this new place their own, while subsequently driving the natives out.

For those who don’t know about Oakland, there is much culture, art, faith, activism, unity and yes plenty of trees. I encourage the gentrifying few to walk around, like you would in any other neighborhood and get to know people. Get to know the churches that have been around for over 65 years like Pleasant Grove in West Oakland. Get to know the artists and musicians and community members because they are here to stay.

Pleasant Grove and other neighboring churches have reached out to activists as well as artists and community members to stand with them to protect Oakland’s culture and diversity. Some Black Lives Matter activists are joining with the church and community to hold various protests and have church outside. On November 7th, there is a event scheduled wherein Pleasant Grove and neighboring churches will march from its doors at 1124 Adeline St. in West Oakland down to Defremery Park on 1651 Adeline St. Defremery is a historical park where Oakland- born Black Panthers fed multitudes back in the 70’s and Black cowboy rodeos are still being held to this day.  The community will join up at this site and hold church outside and the organizers of this event welcome all old and new community member to come and enjoy music and other festivities.

I encourage the residents of Oakland who are concerned with the recent changes and citations  to join talks, forums and neighborhood discussions as well as town hall meetings at city hall, because the changes that are being made between gentrification, development and displacement won’t stop unless the city speaks and maybe then we will be able to hum the same tune.