Open a dictionary, flip to the “R” section, and I’m certain that under “resilience” you will find a reference to my mother. You know how they say that people have a tendency to give their parents personalities that are larger than life? Well, it would be hard to find something that could contain my mother’s personality. Maria Hernandez Cabello, my mom, was the sixth of nine children and nothing was ever impossible to her. 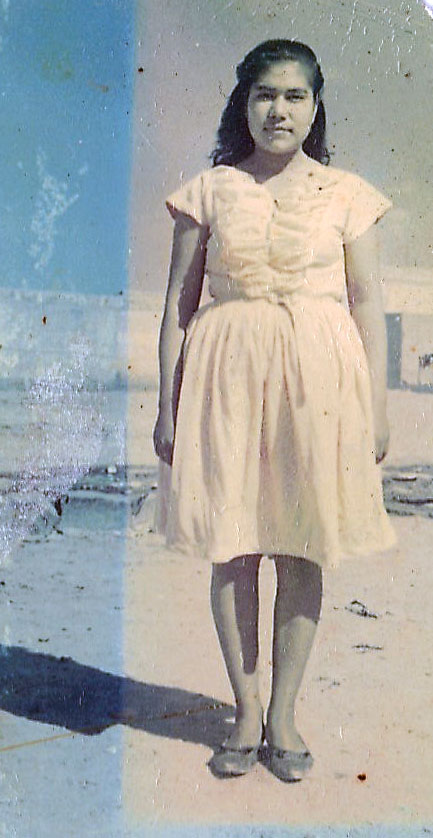 She married my father when she was around 18 years old. By the time she was 27, she had three children. Before the birth of their third child, my father left Mexico for the U.S. They couldn’t have known  that it would be about eight years before they would see  each other again.

My mom spent eight years in the 1970s living in Mexico, essentially as a single mother. My dad sent money initially but it dwindled over the years.

During that time, it was hard for a woman to find a job in rural Mexico. My mom did not see that as an obstacle. She took whatever job she could. She planted crops and pulled weeds. She made beautiful pottery. She would take her three children with her at times – my oldest brother would help and my sister watched my middle brother.

There were no luxuries to be had. Money was tight. There was no electricity in the little house she and my dad built. And there was no running water.

Some days the only things she had to make for dinner were tortillas and chiles. When she found that she didn’t even have that, she would send my siblings off to our grandmother’s house so that at least, if my grandmother had extra food, they could eat. She was blessed to have generous people around her; people who gave her food for her children, not expecting anything back.

She would alter hand me downs so that they fit perfectly. Her sense of humor and uplifting spirit didn’t fade during the hard times.

Eventually, she saved the money she needed to reunite with my dad. My oldest brother always tells the story of when she finally made the decision that it was time to take that treacherous trip north. My brother says that our mom was unsure about making the trip, but she knew that they couldn’t continue to live under their current conditions.

She sat my brother down and asked him, a 12- year- old, whether he thought it was a good decision to head north. That alone showed her desperation. My brother, like any good son, told her that it was her decision and he would support her in whatever choice she made.

On the day they were starting their journey, my brother recalls that they were at the bus depot, about 45 minutes away from home, when again she asked him if he thought this was the correct decision. My brother asked her what she thought because, in reality, my brother didn’t really want to leave their hometown. My mom was still unsure and she may have been a bit scared. But then she said, “If we go back, they’re all going to laugh at us.”

And with that, my mother took a trip 1,500 plus miles north, crossed a river and the U.S. border illegally, all with her three children, 12-, 10-, and 8-years- old, in tow. I can’t imagine how hard it must have been for my mother, but she never gave up.

Her story of resilience inspires me when I feel like crawling under the tiniest rock, and this is only the beginning of it.