Canticle Farms: Dancing on the Horizon 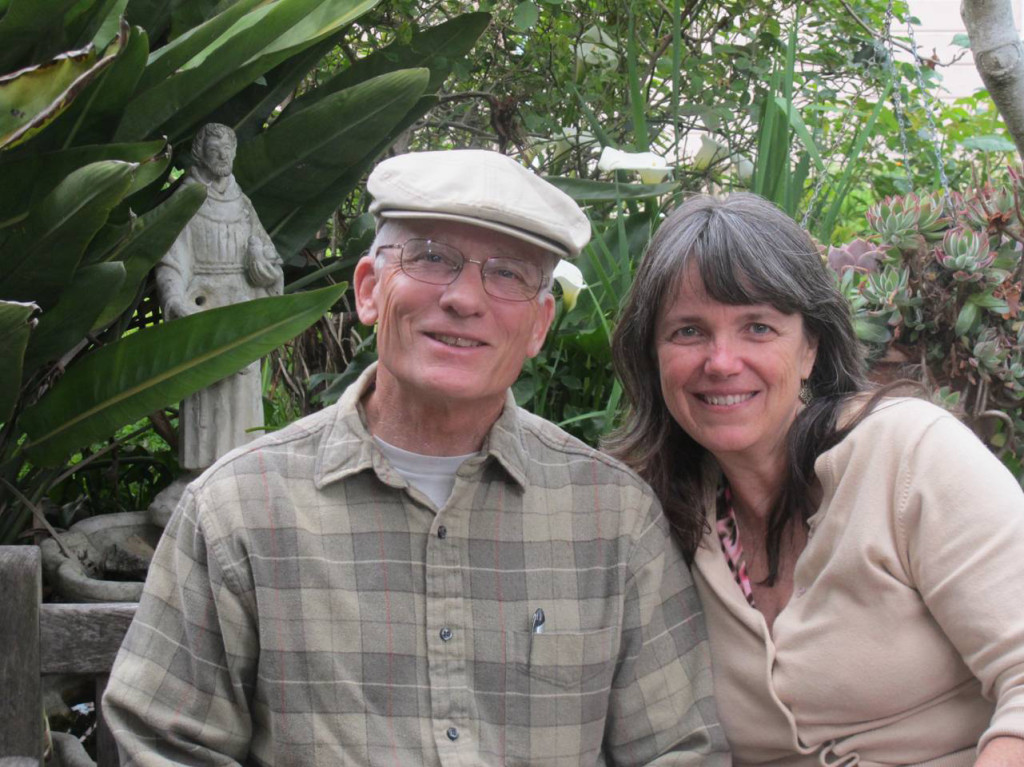 When one hears the word “farm,” all sorts of images cross one’s mind.  The idyllic world described in the childhood nursery rhyme  “Old McDonald.”  Small truck farms located on the margins of country roads.  Or maybe the acres and acres of farmland one sees driving down I-5. 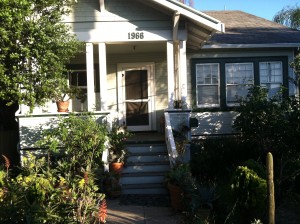 Canticle Farm is none of these.  Rather it is an urban farm located on 36th Avenue and Harrington Avenue in East Oakland–three  parcels of land that are now joined as one.  In founding Canticle Farm,  Anne and Terry Symens-Bucher drew from their life-long experiences and activities as faith-based, nonviolent peacemakers. Over the last six years, Anne and Terry and their five children, who are fifth generation Fruitvale residents, have been joined by several others who now comprise Canticle Farm’s intentional community.

The farm’s name is derived from a prayer-poem written by the 14th century Catholic saint and mystic St. Francis of Assisi.  The “Canticle of Brother Son and Sister Moon” described the saint’s ecstatic realization that the entire universe reflects and magnifies the presence and handiwork of the Creator in all of its dimensions. 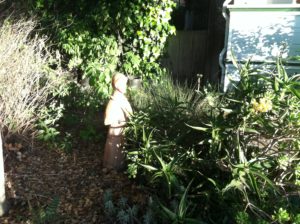 For the Oakland couple, who are both lay Franciscans, Canticle Farm is first and foremost a place where contemplation and action meet. Canticle Farm’s meditation/prayer space is open to everyone. Twice daily people sit in receptive silence. A larger gathering occurs every Friday night and there is a Sunday morning para-liturgy.

Courses on nonviolence and other workshops are offered frequently.  Anne and Terry’s relationship began when they were both participating in a nonviolent faith-based campaign they helped to found at the Nevada Nuclear Test site in the 1980’s.  Both Anne and Terry are practitioners and offer classes on the late psychotherapist Marshall Rosenberg’s ‘nonviolent communication”.

But nonviolence doesn’t simply refer to acts of violence between human beings.   Rather they promote “integral non-violence” which refers to the upheaval created by many social systems.  Unregulated free-market capitalism, despite its claims to “lift all boats,” inevitably undermines and demeans the poorest among us by offering them nothing but the backside of the “invisible hand” of the market economy.   Left teetering on the verge of homelessness, employed (if at all) in low-paying jobs, they are regularly among the first victims of periods of  economic downturn. 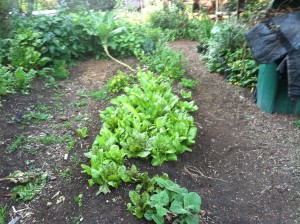 As if to openly challenge the violence of all forms which surrounds the five houses which dot their property, Canticle Farm has no six-foot wrought-iron fences nor guard dogs prowling the premises. 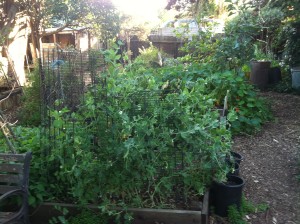 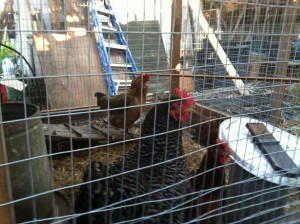 “We are taking down fences because we believe that true security lies in our relationships,” Anne Symens-Bucher said. “We are essentially helping to recreate a neighborhood where people know and care for each other. We share food, we pick up trash, we greet people as they walk by. We are planting food in the front and back yards of our houses, urging people to do the same and to share the food with each other. This is true security.”

Others less posed to adapt to the changing “knowledge economy” of the 21st century also find a home at Canticle Farm.  These include people who often lack the stable families and lives and educational opportunities that would allow them to prosper.  Through the complex myriad of factors which are part of urban life, people in these circumstances often make bad choices to merely survive in their rough and tumble neighborhoods and end up running afoul of the law and finding themselves in jail.   One of Canticle Farm’s five houses is a new Catholic Worker, offering hospitality in a restorative justice-based program for people in re-entry. The loving environment of Canticle Farm allows them to find a new and more hopeful direction for the future. 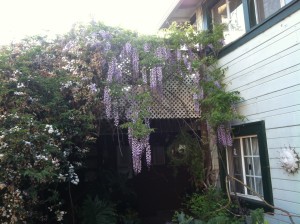 But human beings are not the only ones who suffer in a consumer-driven society like our own.  As we are growing increasingly aware as we prepare to begin what may be our fourth consecutive year of drought in California, our environment is also endangered. Canticle Farm is rooted in the practice of permaculture which recognizes all created life is contained in natural systems.  Thus flora and fauna as well as human lifestyles cannot be seen separate from their ecological surroundings.  Using principles derived from permaculture, all foodstuffs and animals on Canticle Farm are grown organically. Nothing is wasted with all food and vegetation residue invested in various composting systems..

Mirroring the saying “Be the Change You Want to See,” Canticle Farm is bringing peace to East Oakland “one house at a time.” 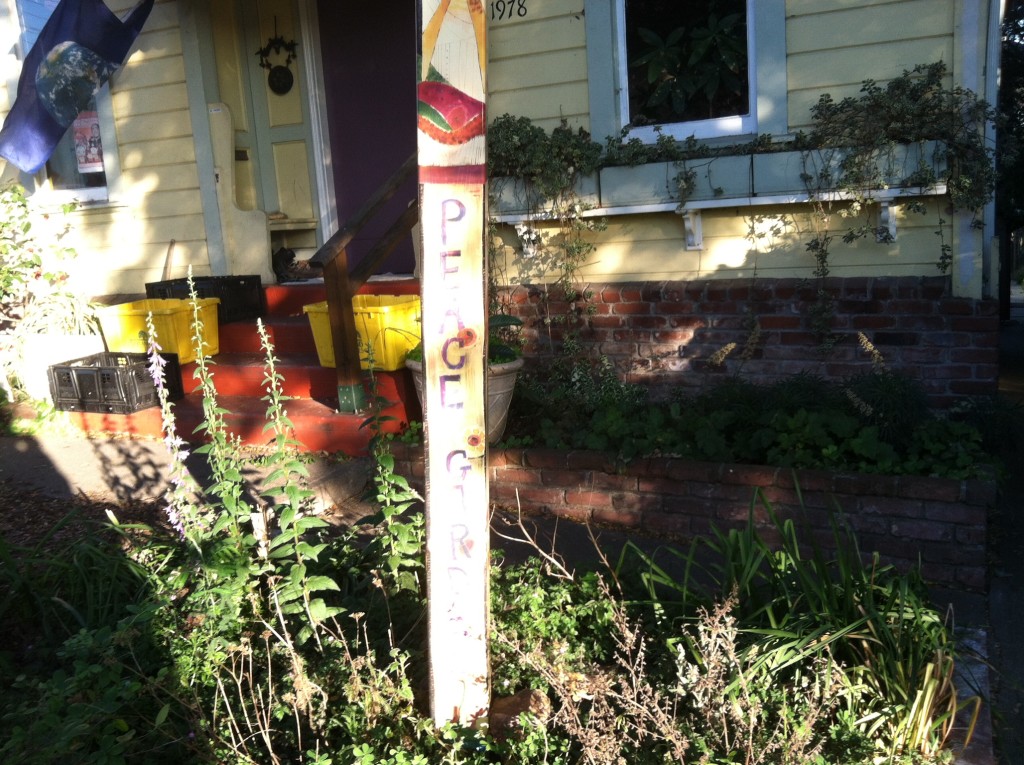