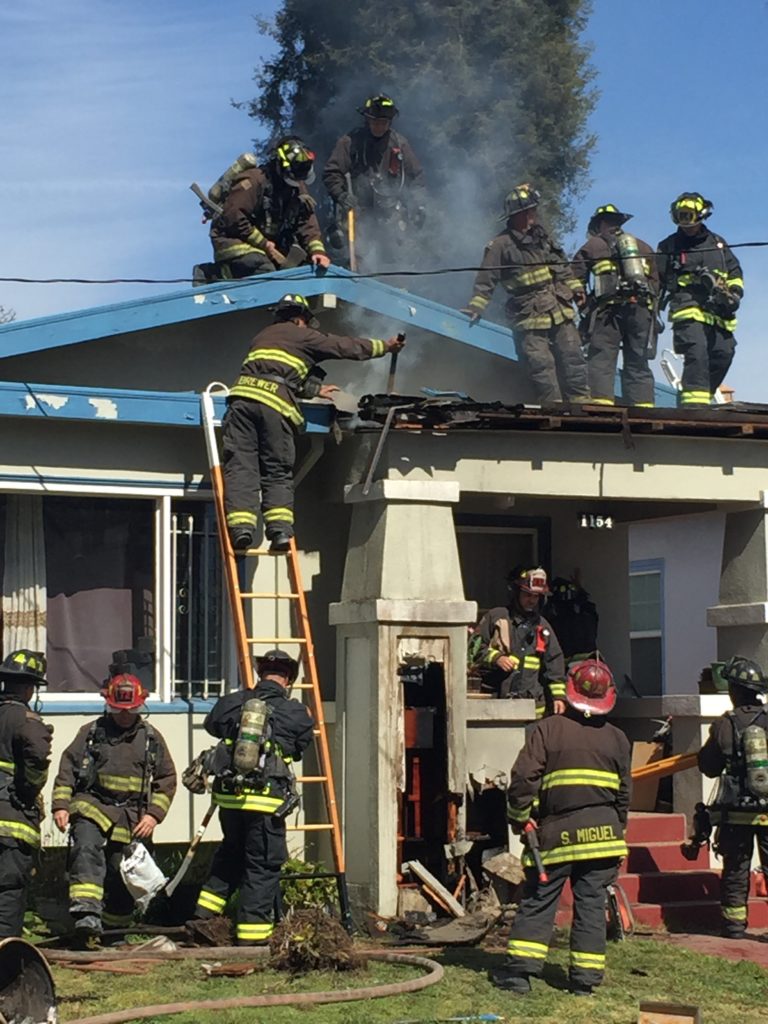 A house fire in the 1100 block of Bayview Avenue damaged the structure but did not cause any injuries yesterday. Oakland firefighters responded about 2:30 p.m.; witnesses said it took about an hour and 15 minutes to put the fire out.
The man who lives in the house reported seeing a fire in a planter in front of the house early yesterday morning. He put out the fire and moved the pot but apparently the fire had gotten into the walls of the house. 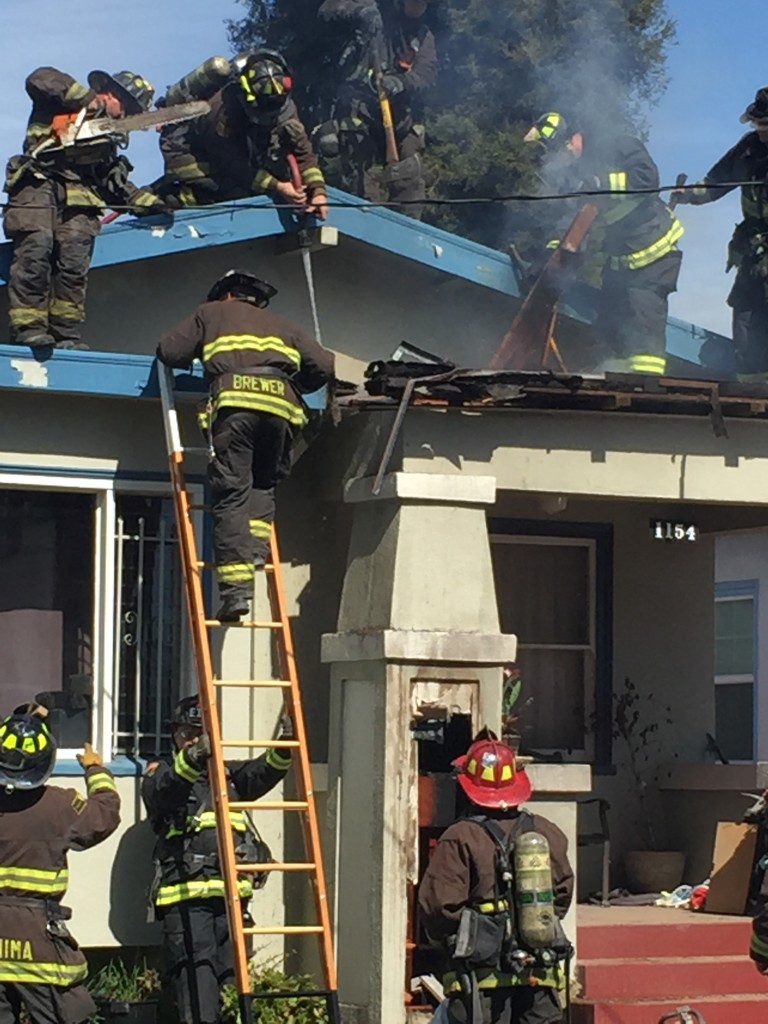 Neighbors and residents of the house reported that about 2:30 p.m. heavy black smoke was billowing out of the front of the house. They tried to put the fire out but were unsuccessful and called the fire department.
The resident said he thinks the fire was set and has no idea who would do such a thing.