Health of the Hood: Maxwell Park

Each of our correspondents took roughly a 3 square-block walk around their neighborhood, taking stock of the area’s services, stores, homes, schools, and especially how people in the community were living their lives. The goal is to give real, detailed texture to our understanding of the quality of life in East Oakland’s neighborhoods from the perspectives of people who live there. These pieces were done in conjunction with Oakland Tribune Violence Reporting Fellow Scott Johnson’s Oakland Effect project.

I’ve lived in this neighborhood since I was 2 years old. It’s pretty quiet and suburban. I know some of my neighbors, and they even come over from time to time for events. The crimes that happen here and there are mainly break-ins, but other than that it’s pretty quiet. Everyone seems to have a pretty nice front yard and keeps it up. 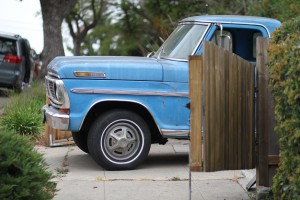 It’s a residential area with mostly single family homes and only one apartment complex. The streets are pretty clean and neat. All the streets have a lot of incline. There are trees on just about every block. 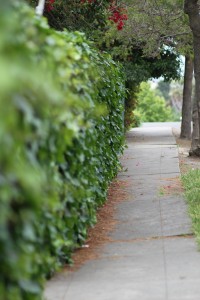 Contrary to the popular image of East Oakland, many neighborhoods are quiet, beautifully green, and pleasantly drama-free. By Katrina Davis, Oakland Voices 2012.

There aren’t too many people on the streets, and the people I’ve seen thus far have been getting in their cars to leave. Others just seem to be doing some cleaning around there house. I feel safe walking around my neighborhood. I feel safe because everyone looks each other in the eye and greets each other. Also, the fact that it’s pretty quiet and not too many people out on the streets makes me feel comfortable. The only time I ever feel nervous in my neighborhood is when I hear about a recent crime that was committed nearby. The whole area I’ve walked seems tranquil. Especially with the nice yards and trees everywhere.

There aren’t any stores in my neighborhood. We have a few close by markets such as Max Values and Farmer Joe’s, they’re about 5 minutes away if you drive. There aren’t any liquor stores.

Although there aren’t banks, shops, restaurants, etc in my neighborhood, they are very close by.