Health of the Hood: Maxwell Park

Each of our correspondents took roughly a 3 square-block walk around their neighborhood, taking stock of the area’s services, stores, homes, schools, and especially how people in the community were living their lives. The goal is to give real, detailed texture to our understanding of the quality of life in East Oakland’s neighborhoods from the perspectives of people who live there. These pieces were done in conjunction with Oakland Tribune Violence Reporting Fellow Scott Johnson’s Oakland Effect project. 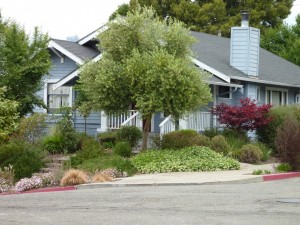 The neighborhood is primarily residential, with single family homes on Walnut Street. Walking west on High Street from Walnut Street, the residences are mostly apartment buildings and there are a funeral home and a few retail stores, including a Laundromat, a hair salon, a pizza joint, a couple of auto repair shops, and a used appliance store.

The streets are reasonably clean and the pavement is pretty much intact. Most of the side streets have speed bumps. On the corner of High and Congress Streets, about three blocks west of Walnut Street, there is a liquor store and the street there is usually littered with discarded bags and bottles and plastic utensils.

There weren’t many people on the street. There was a guy near the door of the liquor store, another man on Montecito getting something out of his car, an older woman crossing the street on Congress, and a woman getting out of her car on Walnut. 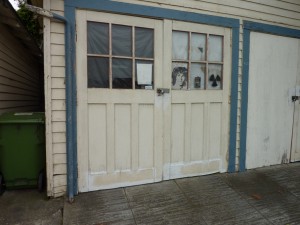 Doors, and The Doors. By Ronald Owens, Oakland Voices 2012.

It usually feels pretty safe to walk in the neighborhood. The neighborhood is usually quiet and kids play ball on the street. It can feel a little dicey around the liquor store, especially when it starts to get dark. Some streets closer to High Street are kind of rough and there have been shootings lately there.

The general location is usually quiet. It seems less tranquil on streets like Congress, especially in the areas nearer to High Street.