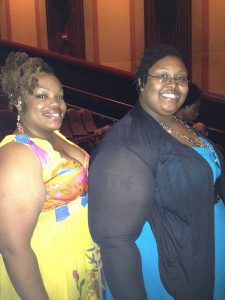 The atmosphere of the room is thick with joy and hope. Young women donning colorful, flowing gowns, and beautifully coiffed hair, laugh and giggle as they line up for group pictures.  Young men in tailored suits, and hair neatly trimmed, shake hands and greet each other as they enter the room. Their parents look on proudly, some even with tears in their eyes, as they beam with pride at the amazing strides their children have made.

With all the joy and happiness that fills this room, one would think that this was a prom or a graduation ceremony. Instead, it’s the premiere of Shine, a documentary by Peers Envisioning and Engaging in Recovery Services (PEERS) – an Oakland-based non profit advocacy group for people with mental health challenges.

Shine highlights the mental health challenges of youth in urban communities. This uplifting documentary was directed by Dan Reilly.

In a nearly packed Alameda Theater, audience members are drawn into the lives of three Bay Area youth as they share the traumatic experiences that created their mental health challenges, their journeys towards recovery, and their fights to eliminate the stigma of mental health issues.

In this film, we meet Markeeta Parker, 23, of Oakland, who bravely tells how she was sexually abused as a child. “Inside these walls, they have a lot of history to tell,” says Parker as she recounts how, between the ages of 7-9, her father molested her at home. For years, Parker suffered in silence, as no adult would listen to her. In the film, she describes living a double life: on the outside, a playful and happy child, but on the inside was a child suffering in her sadness and pain.

Arthur “AR” Renowitzky, 24, was shot in the chest during a robbery attempt while leaving San Francisco’s City Nights dance club in December 2007. The incident left him paralyzed from the waist down. In the film, Renowitzky talks about the deep depression he fell into in dealing with the mental and physical impact of his paralysis.

23 year-old Brianna Williams – also an Oakland resident – talks about her struggles of feeling different as an adolescent, and not receiving the understanding or support of her peers or adults.

According to the National Institute of Mental Health, three quarters of all lifetime cases begin by the age of 24. Young people who experience depression, Post Traumatic Stress Disorder (PTSD) and other mental health challenges in urban environments, such as Oakland, are often under-served.

“Some trauma that is experienced by the youth is not officially diagnosed by a psychologist, so it does not have the credence, and they are not given the correct treatment,” says Shannon Eliot, Media and Marketing Manager at PEERS, and co-producer of the film.

Briana Williams says young people can also face hurdles in their own communities because “some African Americans don’t understand mental health challenges.” She says opinions from others like “‘you need to get through it,’ or, ’you’re not strong enough’” often slow a young person’s recovery. “Mental health challenges are impacted by your situation and life experience. It’s important to find help.”

Williams also says sometimes it’s hard for young people to have their trauma taken seriously when others find out they are from Oakland – a city often stereotyped as a hotbed of crime. The expectation, she explains, is that youth are so used to violence that it shouldn’t phase them.

Despite these barriers, “there is also hope,” says Khatera Aslami, Executive Director of PEERS, who says that society should not “focus on the hardship, but focus on the process.” The PEERS organization creates an environment for youth to support one another on the journey towards health and wellness. The group also creates what it calls a “barrier-free community,” designed to make anyone who needs help feel safe and included regardless of their race, gender, sexuality or other traits.

Shine lets us see barrier-free communities in action. All three youth highlighted in the film are currently involved with peer support groups that are rooted in Oakland and the greater Bay Area. Brianna Williams is a PEERS Transitional Age Youth (TAY) Initiative coordinator, working with young adults.

Markeeta Parker is an advocate for youth with mental health issues. AR Renowitzky is the founder of the “Life Goes On” (LGO) Foundation – a nonprofit dedicated to fighting youth gun violence and finding a cure for paralyzing spinal cord injuries.

By sharing their stories, and through their genuine compassion for helping others, their work is helping to change the hearts and minds of others about the issue of mental health. The light that they shine is helping to illuminate the pathway towards a society where youth voices will be heard, and where they are able to receive the help that they need and deserve without the judgment, discrimination or disrespect that mental health issues – and people from cities like Oakland – currently face.

If the courage and determination displayed by Markeeta Parker, Brianna Williams, and AR Renowitzky in Shine is any indication of what is to come, then we should all take heed and embrace this positivity with arms stretched wide.

To learn more about Shine, and to see the film for free, visit the PEERS website.