Winston Callender Might Still be Alive if Things Were Different 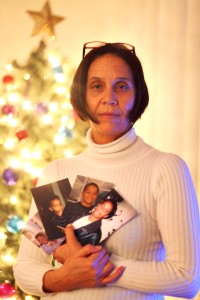 Judith Jones points to a photo on her wall. It’s one of dozens – part of a collage filled with images of her son Winston Callender, his friends, and family. The one she’s smiling about is a picture of a young Winston, posing with two friends, all wearing wigs and big smiles.

It was taken when a friend of Judith’s decided she was going to play a trick on her uncle’s wife by dressing up as a strange woman and introducing herself to the wife. Judith says her son had to be part of the fun.

“Winston was like, ‘I wanna dress up!’,” she remembers, smiling. Then he decided to take it a step further – walking out into the street in full drag, and stopping traffic.“He would just do things to make you laugh.”

His sister Chanelle is chuckling, thinking about her brother’s antics. “He would put on my clothes, knowing they were too small!”

There are many great memories of Winston. In between memories of good times, there is always the realization that Winston is no longer here. Those are the moments Judith begins to cry.

“I’ve been crying about Winston all day,” Judith says. “All night, all day.” She has been in mourning for months – ever since her son died last October.

Almost 2 years ago, he was shot by two men on High St. Winston was left paralyzed from the waist down. He spent the next 18 months at Highland Hospital, as doctors struggled to fix intestinal wounds they ultimately could not.

Today, Winston’s family is still struggling to heal from the loss of a young man who meant so many things to each of them. “Winston was loving, caring, comical,” Judith remembers. He was “generous. He was a good person, he had a good heart. He never ceased to amaze me. Most of all he was my baby.”

Blanca Callender, his widow, lost her greatest advocate. “He always wanted to see me succeed. He was my motivator, my supporter, my personal chef. He just lifted my spirits whenever I was down.”

Chanelle is quiet when she talks about Winston around Judith. Chanelle wants to not break down, to be strong for her mother, to protect her. It’s what Chanelle and her brother always did. They looked out for their mother, and for each other. “Winston was a father figure to me,” Chanelle says, remembering her brother as a spiritual person, and a poet who wrote about poverty, struggle, and his family.

As all three women sit and reflect on the joyful times they had with Winston, and who he was to them, Judith gets more serious as she talks about Winston as a young boy. Early on, she saw her son headed down a difficult road.

“He was very impulsive, and destructive,” says Judith. 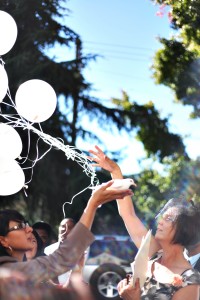 When Winston was a boy, Judith started noticing his mental health and learning issues. When she asked his teachers for tutors, and approached doctors to evaluate her son, they all said that nothing was wrong, that he was simply being a boy and that he’d grow out of it. But unfortunately as he became older, his episodes were more and more frequent.

Even though she couldn’t get an official diagnosis, Judith could tell that her son was struggling with mental illness. She knew, the way a mother just knows her child. And she feels that those challenges helped lead him to a destructive life on the streets.

Judith was desperate for help. She wanted her son off the streets, and in a program to address his mental illness. But she still hadn’t received a diagnosis for him.

She went to Child Protective Services and his doctors, but she was told nothing could be done for him unless he was a ward of the court – meaning he had to break the law to be helped.

Fortunately, Judith was connected through a friend to an organization called Access, where Winston was able to finally receive a psychiatric evaluation. He was diagnosed with several problems, including attention deficit-hyperactivity disorder, oppositional defiant disorder, and post-traumatic stress disorder.

Even though he was finally diagnosed, Judith feels it came too late. “He became another statistic. Winston fell through the cracks because nobody cared except me.” Winston, having stigmas about his disorders, would constantly fight with his mother about receiving treatment.

Chanelle feels her brother had another major struggle – one that lead him to hanging out on the corners. She says her brother also had the issue of not having a father figure in his life.

Living with his mother, who was a single a parent, Winston looked for a father figure among his peers, Chanelle explains. 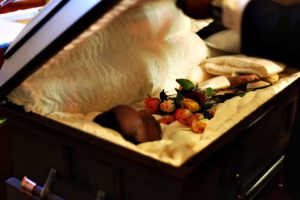 Judith agrees. “These young boys are trying to teach each other how to be men. And they don’t know how to be.”

Winston didn’t have his father around, but that didn’t stop him from being a loving, caring father to his own children. Blanca, Judy and Chanelle all say that Winston was a fun-loving but stern parent. He seemed committed to giving his children the kind of paternal attention he grew up wanting.

Lacking that guidance, Winston felt vulnerable. “I feel that the world got a hold of him,” Chanelle says. “Because he was dedicated to his friends, and his friends were in the streets.”

That loyalty led Winston to somewhere he didn’t have to be: out on the street, around criminal activity. That’s where he became a target.

Winston survived the shooting, and his family was hopeful that he would recover and come home. Judith, Chanelle and Blanca would stop by to see him at the hospital. They would push him outside in his wheelchair so he could get some fresh air.

During one of her visits, Judith asked her son why he never listened to her when she warned him of the dangers of hanging with the wrong crowd and being in the wrong place. She posed the question lightly, gently. She said she was trying to understand what he was going through, but she didn’t.

Winston, sitting in his wheelchair, smirked and simply replied, “Because, you’re not a man.”

Winston endured multiple surgeries to fix his damaged intestines, only to have more problems arise, making his recovery difficult. He stayed in the hospital for nearly 2 years, only to be told after his final surgery that there was nothing more they could do. He was discharged to spend his final days with his family.

Upon hearing the news of his certain passing, Winston was still determined to see his last birthday. On the day he turned 29, he was discharged from the hospital. Blanca sat beside him in the ambulance ride home.

He was greeted at home by friends, family, and a birthday cake that he wasn’t able to eat because his wounds wouldn’t allow him to maintain any type of food.

5 days later, Winston passed away surrounded by his family, in his mother’s Fremont home. Judith still hasn’t been able to bring herself to throw away his cake. 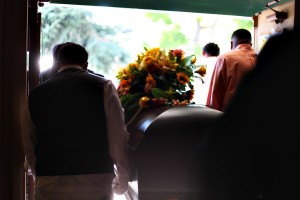 “I talk to him when I’m walking, I talk to him every day out loud. I just, it’s not the same.” Chanelle says of life now that’s Winston’s passed.

Blanca says that it’s hard losing the only person who cared about her feelings and thought she was special. “I can die happy because I know who’s going to be there to meet me, and it’ll be Winston. Dying to me isn’t so scary anymore.”

“I’m not happy,” says Judith. She also says she’s not the same person ever since Winston was shot. And that she never will be.

A mother might still have her son, a daughter her brother, a wife her husband, and two young children, their father.