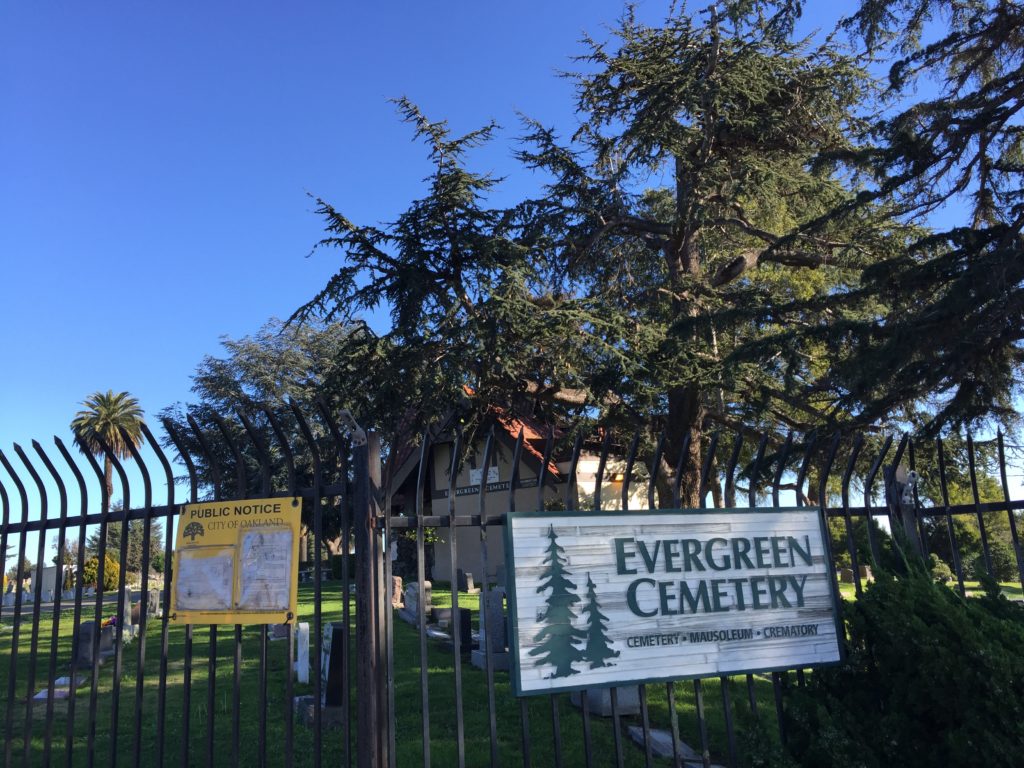 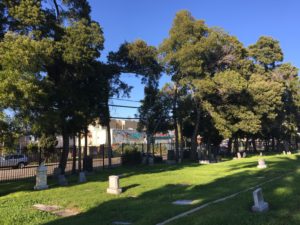 Driving through East Oakland to get to Evergreen Cemetery is a colorful, noisy and energetic experience. Churches, corner stores, foot traffic and hectic driving punctuate the three-mile journey from my house in the Fruitvale district. The cemetery sits atop a hill in the middle of the Frick, Havenscourt & Millsmont neighborhoods and is nestled inside a triangle outlined by 64th Avenue, MacArthur Boulevard and Foothill Boulevard. Some famous people buried there include Huey P. Newton and 412 unclaimed bodies from the Jonestown massacre. The cemetery is an understated big deal. Like Oakland. 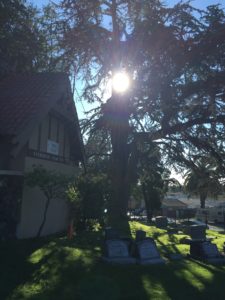 Cemeteries in urban areas are some of the last sacred spaces that are universally respected. They also contain whole, relatively undisturbed ecosystems. Deodar Cedar, Coast Redwood, Monterey Cypress, and Palm trees (among many other kinds of trees) mark the sweeping lawn, their roots gently slope the tilt of the gravestones. 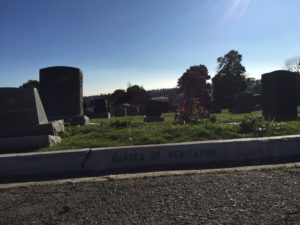 Squirrels run across the lawn and scurry up trees as the different bird calls fill the air. The constant din of the crematory interrupts the silence as do occasional sirens, barking dogs and voices of neighborhood people. 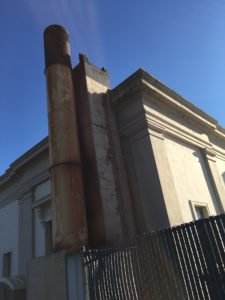 Cars blasting music tear through the hilly streets. Through the fence looking out from inside the cemetery, you can see a graffiti mural that decorates the side of a corner store. A conspiracy or murder (flock) of ravens or crows (I can’t tell the difference) alight on a pine tree in unison, calling out their distinct song. These birds signify bad omens or negative energy in some cultures, but I find them fascinating and feel friendly toward them. Their presence comforts me. Their large wingspans mark the blue of the sky as they call to each other and I find myself wishing I could understand what they’re saying.

Something I love about cemeteries in the Bay Area, but Oakland 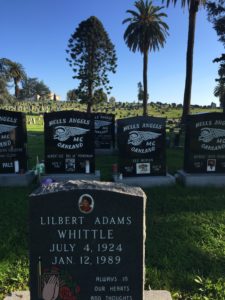 especially, is that the dead reflect a characteristic diversity, even from many years ago. At Evergreen Cemetery, I found gravestones belonging to Black, Tongan, Japanese, Latino and all types of European and Asian names and photos. 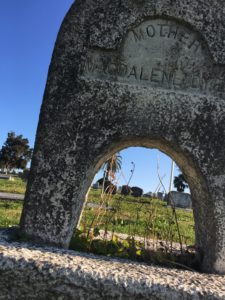 The Hells Angels, known for their exclusivity associated with several things, but among them–White Supremacy, have a section of the cemetery for a group of about thirteen headstones for fallen members of their club. They are surrounded by headstones belonging to Black and other people of color. The irony of that elates me.

I have always been drawn to cemeteries. Their cleanliness, silence and universality compel me. The idea of a shared space in an urban setting that is respected by all people regardless of their ancestry or culture inspires me. It gives me hope for some kind of unity. Even if it happens for a somber reason. 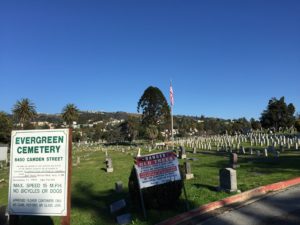 During a recent Oakland Voices meeting, we were trained on video creation/production and our instructor, Jane Tyska, showed us a video she made of a crematory in Nepal. The cloth-shrouded bodies lay atop pyres made of stone and hay, faces still visible, as someone rubbed butter on them before they were set aflame. I found myself cringing and feeling discomfort as I looked at a dead stranger. It felt too intimate.

I asked myself, why in mainstream American culture do we hide death? Why do we take time and resources to embalm people with harmful chemicals; dress them up; and showcase their corpse only to place it in a decorative box to be buried in the ground? 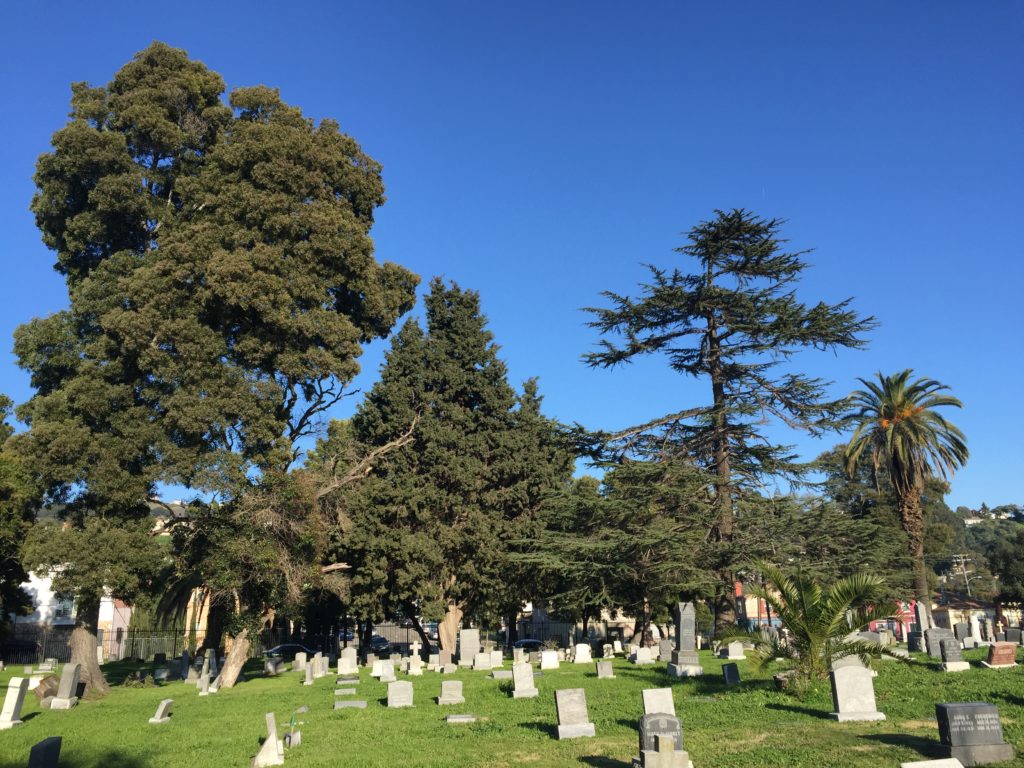 Despite cultural artifice around how we treat death, cemeteries remain my favorite places to walk, think, read, take photos, breathe; and just feel gratitude that I get to be alive for a small moment in time. And alive in such a special place—Oakland, California.