By Kat Ferreira and Cinque Mubarak

Tension hung in the downtown air as the presidential election votes were being counted. It felt like everyone in Oakland was having an anxiety attack simultaneously. Well, everyone except those gathered at 310 Gallery for a joint election night party in support of Measure LL and Oakland School Board Incumbent Roseann Torres.

Entering the gallery, a sense of positive energy washed over guests, as if it wasn’t election night at all but rather a celebration of a Warrior’s victory. The room was dimly lit and the music was loud. People of all ages were laughing and exchanging jokes about where they’re going to move if Donald Trump won the presidential election. 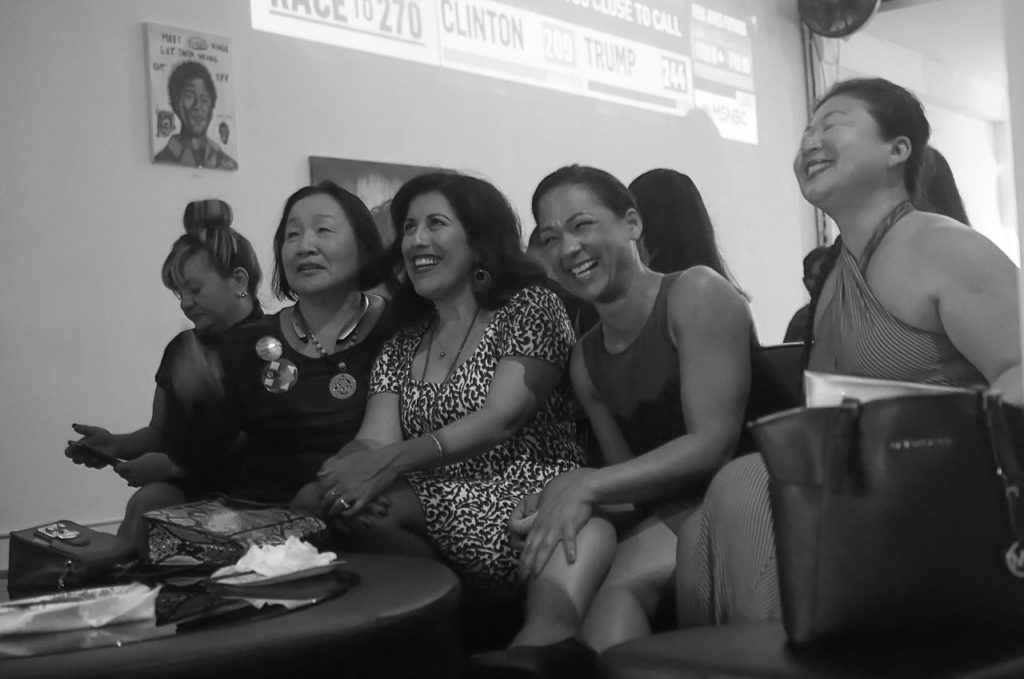 While the mood on election night was light and festive, the journey of Measure LL supporters was not an easy one. The sex-trafficking scandal and police misconduct plaguing the Oakland Police Department may have garnered national attention this fall, but the effort behind Oakland Measure LL had been in motion for years.

Measure LL creates a new independent civilian Police Oversight Commission, comprised of members of the community appointed by both the Mayor and City Council representatives. For the first time, an independent governing body in Oakland will have access to independent investigations and the power to hold police officers accountable.

“It’s a great opportunity for the police to buy into community policing,” said Brett Badelle, supporter of the measure and owner of 310 Gallery. “It gives the community a chance to work not only with the police but with the independent oversight commission, too. Once that happens, I feel like we can really get to a point where we can hold each other accountable.” Measure LL ended up passing with 82 percent of the vote. 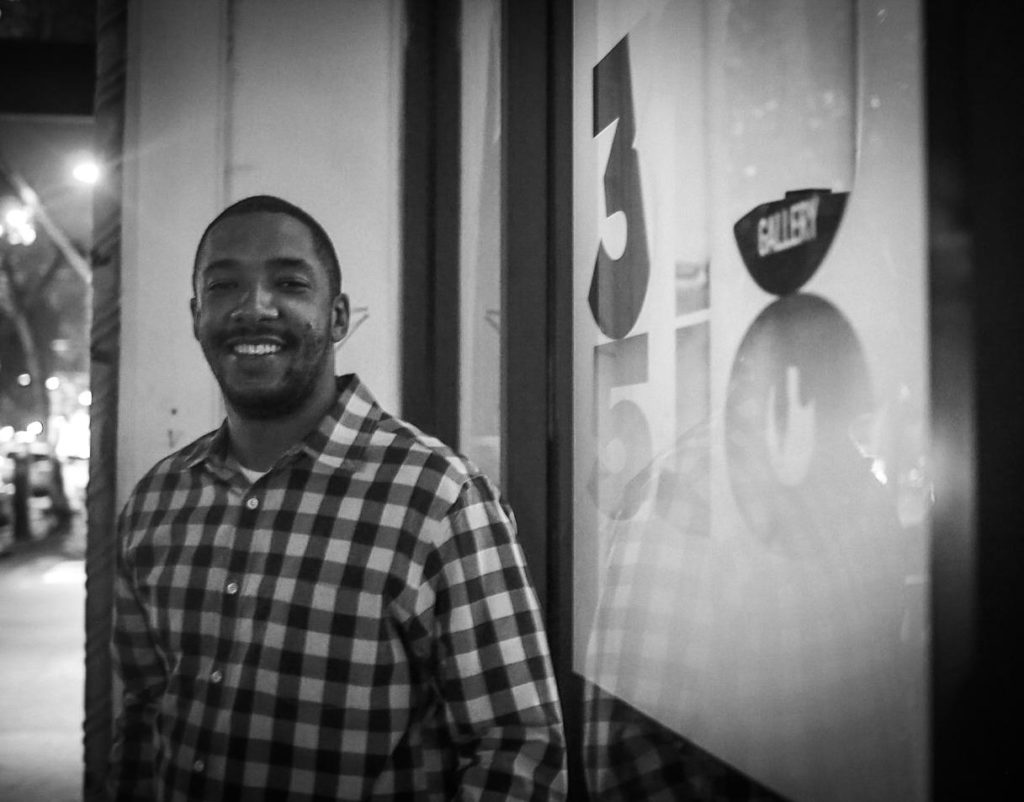 Political activist and blogger, Pamela Drake described the Measure LL community organizing efforts as “a campaign entirely run by committee with no funding. I’ve worked on a lot of political campaigns and this was by far the most decentralized effort.”

While critics of the measure say it is too watered down, advocates of the legislation say they feel strongly that this incremental approach is the first step to greater reforms to come.

“I call this measure a gateway reform, it’s not the complete reform,” Drake said. She said ongoing police misconduct in Oakland “is a very deep systemic problem, so nothing could be the complete reform but LL opens the door to community engagement and transparency.”

Drake said the biggest challenge during the campaign was that the initial coalition supporting Measure LL fractured. Some fellow community activists “decided not to support the legislation, some even opposed it, and were  very negative toward the people who got this to happen,” she said.

“Some folks won’t have reform, ” she said. “They want a full revolution. But I really want us to not have a rift in the progressive movement in Oakland and to work together towards change.”

Critics have expressed concern about the number of commission appointees allotted to the mayor. Some fear politicians could stack the commission with biased appointees. After the announcement that Measure LL was winning with more than  80 percent of the vote, the victory speech by Rashidah Grinage specifically addressed this concern.

A vocal proponent of the measure, Grinage has a deeply personal stake in ensuring the commission represents Oakland citizens. Grinage lost both her son and husband in an Oakland police shooting incident in 1993. At that time, there was little recourse available to her via the Oakland Citizen’s Review Board, the city’s current structure for citizen complaints against police.

“It’s the beginning of a new day in Oakland,” Grinage said. “We hope that you will help get the word out because what we need in order to make this commission a success is for people who are fair-minded, who take this seriously, and who will represent all of us, and not political leaders.” 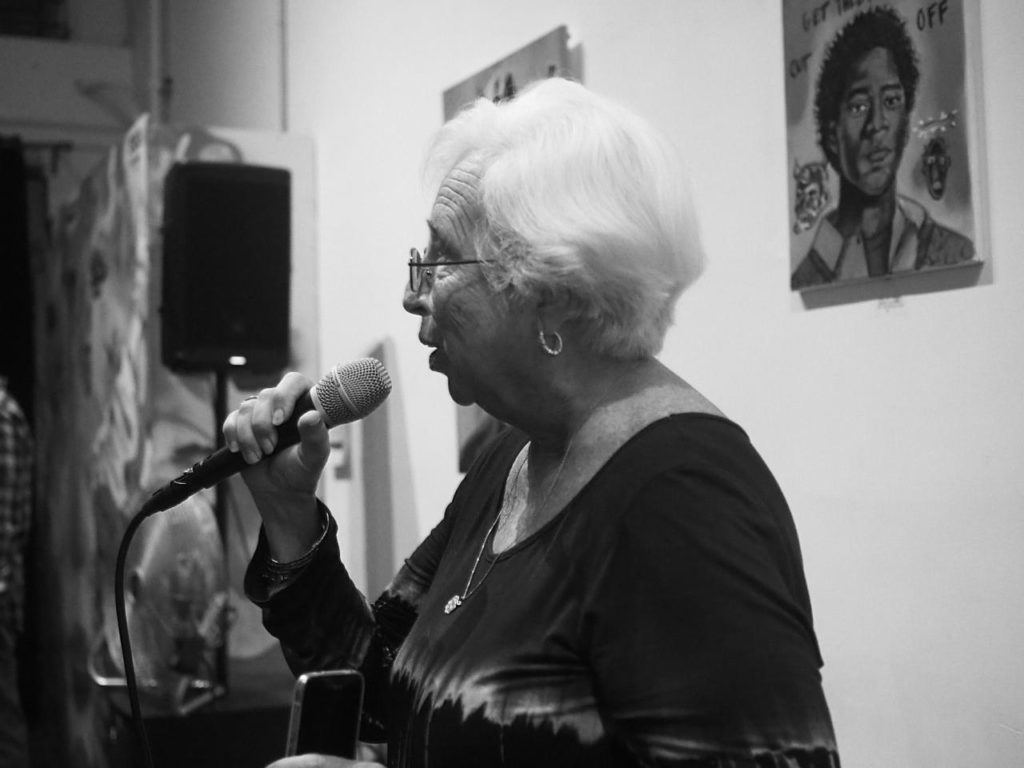 Grinage said this commission is an opportunity for Oaklanders to have a say in how police interact with the community. “Please help us get the word out,” she said. “We want a diverse commission, we want a commission that looks like Oakland, that is not just a bunch of lawyers or former judges. We want folks from all walks of life.”