They nicknamed her Cinderella but she was more like Superwoman

The day began like any other, as 18-year-old Phyllis D’Almeida made her way to school. Her thoughts were focused on the calculus exam she was scheduled to take that morning. But when she arrived at school, the air was heavy with tension and whispers.

It was December 8, 1941, and the students were informed that the Japanese had bombed Pearl Harbor the day before. While her British schoolmasters carried on with the exams, they cautioned Phyllis and her classmates that their lives were about to drastically change forever.

Born and raised in Shanghai, China, Phyllis is Eurasian, the eldest daughter of five children born to her Portuguese father and Chinese mother. Centrally located along China’s Eastern coastline at the mouth of the Yangtze River Delta, Shanghai was one of China’s principal trading ports for centuries. The city attracted merchants from across the world, like Phyllis’ father, who had a successful shipping business at the harbor.

Known for its rich cultural diversity, Shanghai was referred to as “The Paris of the East” and had a vibrant arts community and a network of social clubs. Phyllis grew up in an area of the city known as the International Settlement, surrounded by a mix of upper-middle class Chinese, British, Russian, German, and Japanese neighbors. The area was also one of the few locations in the world unconditionally open to Jewish refugees. Located on the bank of Huangpu River, the International Settlement’s waterfront area known as “The Bund,” was the heart of their community.

First, the Japanese military ended all trade in the city. They set fires and sank every foreign ship in the harbor, essentially bankrupting Phyllis’ family and most of the residents.

But Japan’s economic occupation didn’t end at the harbor. The military seized property all over the city, including Phyllis’ home. The Japanese officials claimed the original deed to her family’s large house was British.

“My sister and I gathered as much of our belongings as we could,” Phyllis says.

She and her sister watched as the Japanese soldiers placed a huge seal over the front door so no one could enter. Thankfully, Phyllis’ family and her younger sister’s nanny escaped unharmed to the home of her aunt. It was a cramped, two-bedroom apartment with no running hot water.

Then, the Japanese military rounded up all civilians of nationalities they were at war with and imprisoned them in camps. But since Portugal remained a neutral country during the war, Phyllis and her family were spared internment.

“First it was the bachelors, then it was the married men, and finally whole families including small children,” Phyllis laments. She watched as many of her friends were captured or escaped to Singapore to join the British Army. 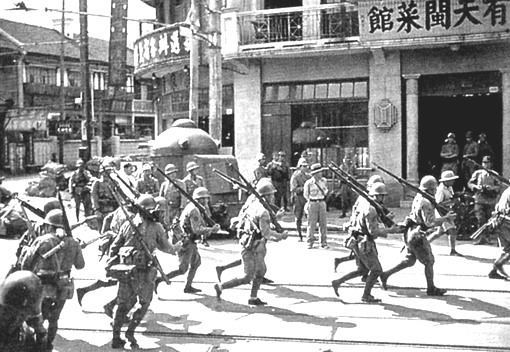 As the Japanese occupation wore on, money and food were scarce. Phyllis went to work to help support her family and took classes with the American Jesuits who had a college campus nearby.

Her community tried to function with some semblance of normalcy but the war was inescapable. One day, while Phyllis walked along The Bund, with throngs of other workers, a man next to Phyllis was shot by a sniper without warning.

“Strict curfews were enforced and only German, Japanese, and Russian families had any privileges,” Phyllis recalls.

While a system of food rationing had been instituted, supply could never meet demand due the lack of trade. “I would stand in line for hour after hour for a loaf of bread, only to get to the bakery shop’s counter to find there was no bread left,” Phyllis says.

Phyllis fled to Hong Kong where she was able to get a job working as a secretary with the U.S. Army. Shortly after she departed for Hong Kong, China’s Communist government sent police to her family’s home to harass them. Phyllis had escaped to an independent British colony, but her father’s role as a leader in both the business and Portuguese communities brought her family under increased scrutiny.

Phyllis worked tirelessly to help her remaining relatives flee Shanghai. It wasn’t long before Phyllis’ skills as an interpreter were noticed by a large American distributor. Based in Detroit, Michigan, the company relied on Phyllis’ translation services and negotiation support while navigating the markets of Hong Kong.

The company owners asked Phyllis if she would like to return with them to work full-time out of their headquarters. “Of course, it’s everyone’s dream to go to America! It would be my dream come true!” Phyllis exclaimed at the time. Fondly nicknamed “Cinderella” by her new coworkers as proof that dreams come true, Phyllis arrived in America and later sponsored her family’s immigration process into the United States as well.

Phyllis often reflects back to that day of her math test. On December 8, 1941, she was on the cusp of adulthood with a big, bright future ahead of her. She had planned to travel to London to attend college. Instead, she spent decades trying to rebuild a life for herself and her family after the war. She sometimes gets wistful and regrets missing so many of the opportunities normally afforded to youth in peacetime.

I’ve known Phyllis D’Almeida my entire life. By the 1970s, she became the surrogate Auntie to my family, newly transplanted to Detroit from the West Coast. My childhood memories of her are a swirl of warmth. I picture her round, large cheeks, locked in a perpetual smile, holding up equally round, large eyeglasses. I can still hear her loud, boisterous laugh and her endless chats, draped in a posh British accent. 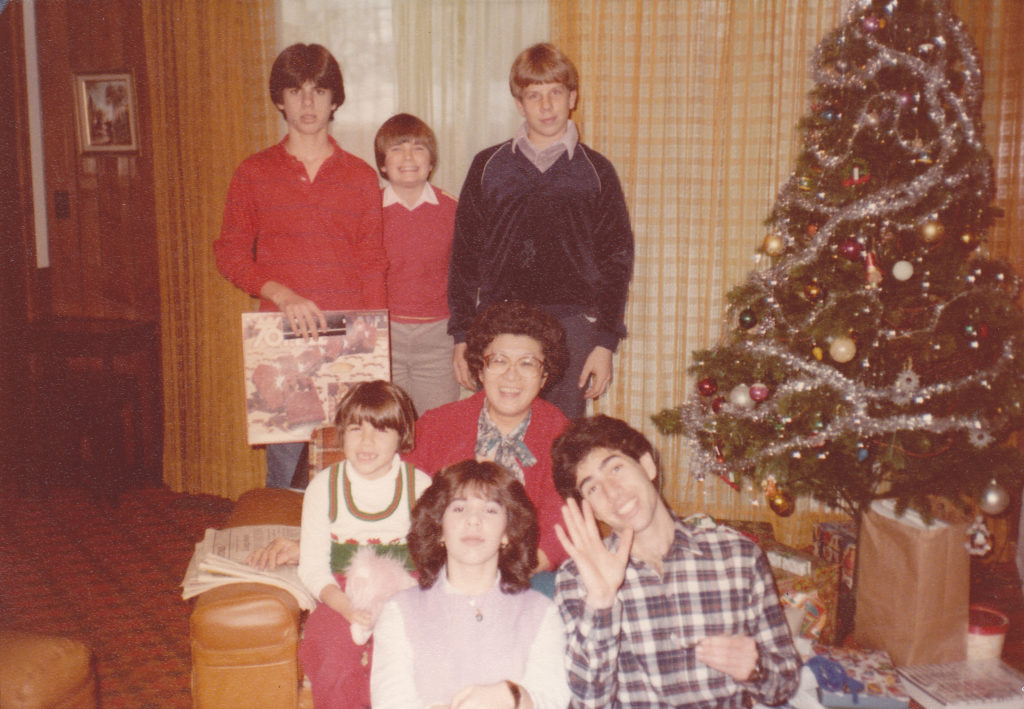 Auntie Phyllis with some of her nephews and nieces. Detroit, circa 1980. (Source: K. Ferreira)

I had thought of my Auntie Phyllis as just an everyday, independent, modern career woman with enough love and vitality left over to spread around to everyone else’s kids. As a teenager, I was shocked to learn she had helped her entire family escape a war-torn region, too. While the war may have kept Phyllis from studying, marrying, or having children of her own, the life she made for herself—and the quality of life she made possible for others—continues to inspire me.