There are many ways to define comfort food. Some favor recipes that elicit childhood memories of satisfying home-cooked meals. Others define comfort food as meals that “stick to your bones” or cure hangovers.  The hearty menu at East Oakland’s Kainbigan fits all these descriptions, literally, as the restaurant awning’s most prominent lettering reads “Filipino Comfort Food.” 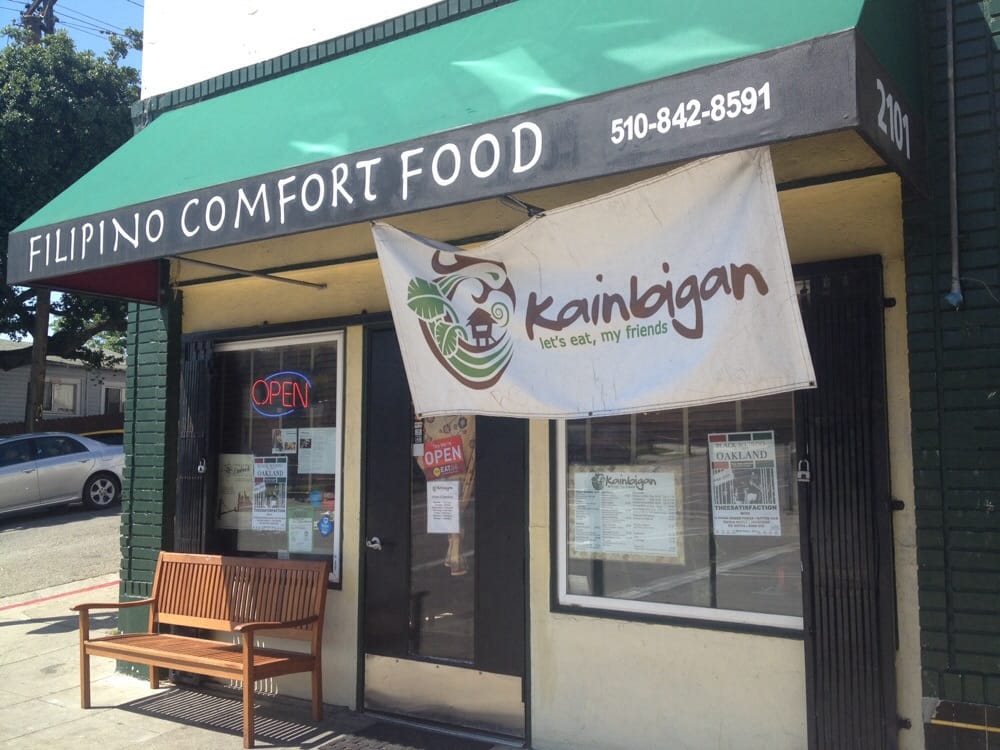 Located about five blocks from Highland Hospital, at the corner of 14th Avenue and E. 21st Street, Kainbigan has seating for about eight customers who place their orders over-the-counter. Chef Charleen “Chikun” Caabay can often be found in the back, grilling up Pinoy classics made-to-order.

While the restaurant space may be small, some of the family-style portion sizes could feed an army. Caabay’s bistek fried rice, garlic noodles with crispy adobo, and lumpia are perfect antidotes for chilly winter weather.

“I’m a Bay Area native and as a queer, woman of color, I was drawn to Oakland for the location of my restaurant because of the city’s vivid diversity. Oakland is home to the largest concentration of queer women in the country and has a longtime Filipino immigrant community,” Caabay said.

Caabay chose the name Kainbigan as a mash-up of two Tagalog words. Kain means “to eat” and Kaibigan means “friend.” The wordplay communicates Caabay’s passion for sharing comfort food with her community. “A word that says ‘Let’s eat, friends’ was a great fit for how much joy it brings me to cook for people,” Caabay said. 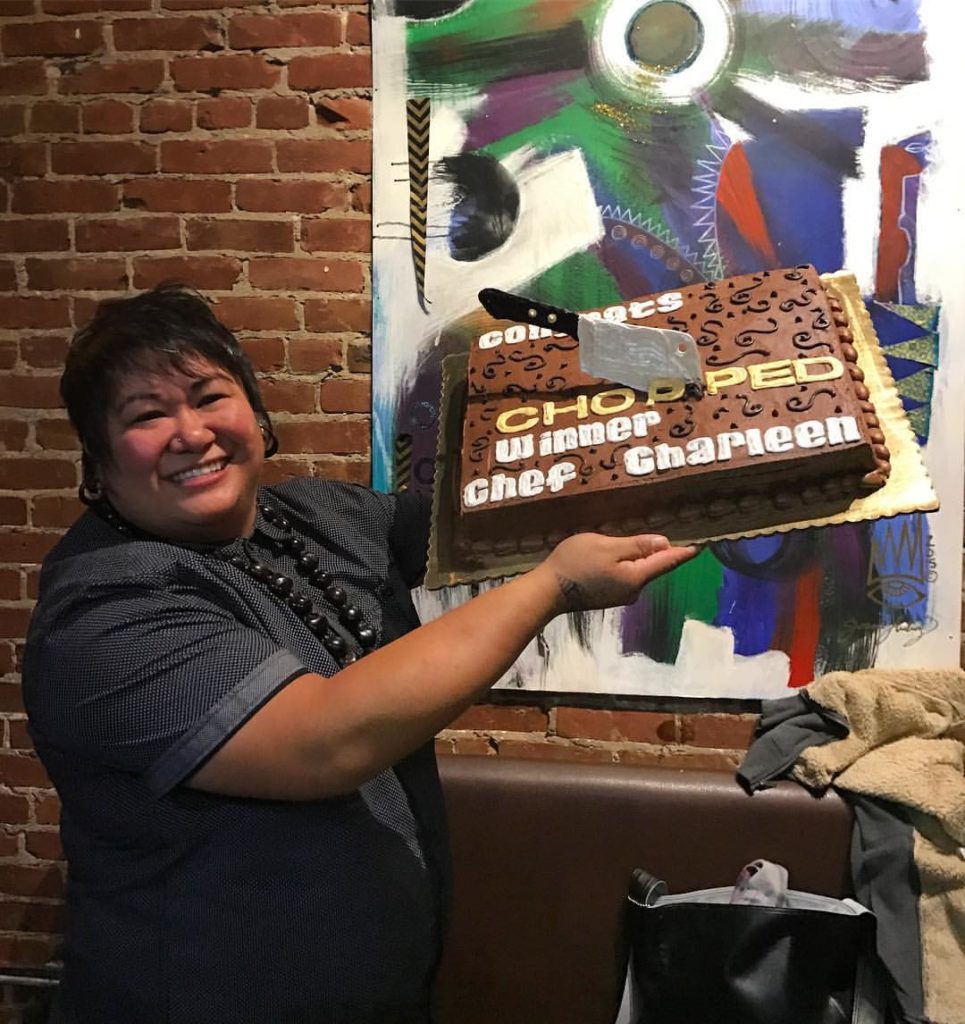 From Childhood Recipes to ‘Chopped’ Winner

Caabay has a fascinating journey, from her humble beginnings as a self-taught chef to her recent win of the Food Network’s cooking show ‘Chopped.’

“Growing up second generation American, my parents stressed the importance of working hard, going to school, getting a stable job, all those traditional social norms,” she said. “So, following my passion and trying to make a living cooking Filipino comfort food was really a risky, leap of faith.”

What Caabay may lack in formal culinary education, she makes up for in love for cooking staples with a twist. Kainbigan’s menu consists of her family’s recipes and favorite dishes from her childhood.

“These are the recipes I grew up on,” Charleen explained, “classics prepared by grandmother and mother, handed down to me and my sister.”

Thanks to a supportive network, Caabay turned temporary misfortune into an opportunity to follow her dream.

“I had a career in the IT industry but I got laid off. When I wasn’t working, what brought me the most joy was cooking for my friends and family. They began to encourage me to put my food out there.” 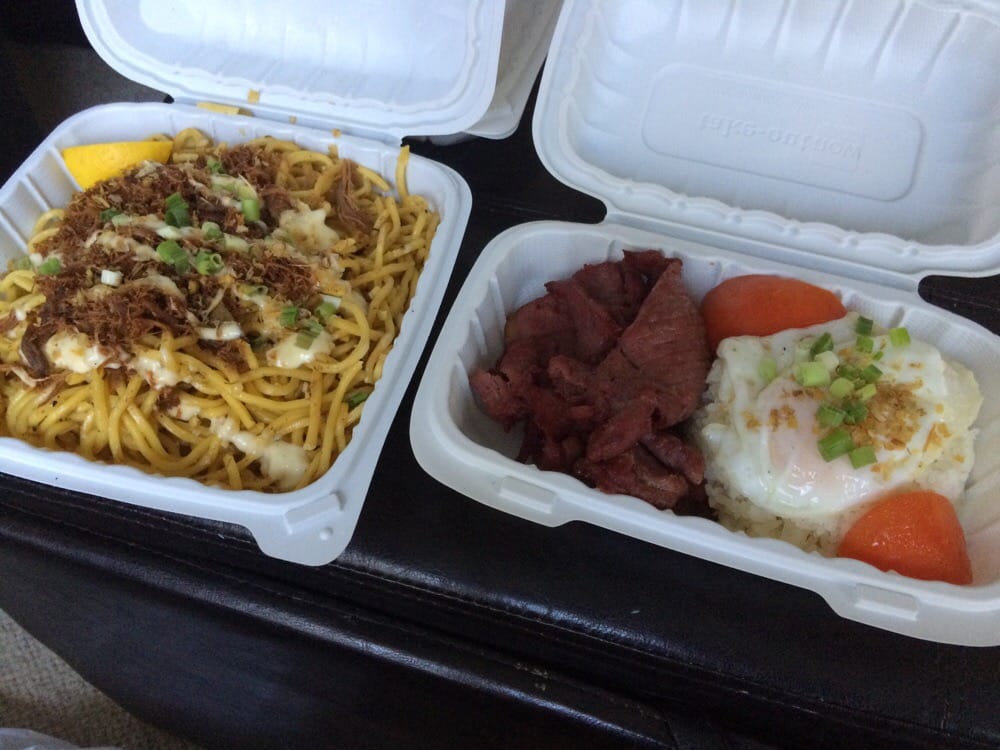 Shortly after being laid off, Caabay dove into the catering and local pop-up restaurant scene with great success. The feedback was positive and she began exploring the possibility of a permanent restaurant location, as word-of-mouth continued to spread.

Again, her supportive network of friends helped guide her path.  One of Caabay’s friends noticed the empty restaurant space on 14th Avenue and brought her to see it.

The small space felt ideal since there was already a functional kitchen. “But it was a learning experience,” Caabay added, explaining that the permitting and zoning process took about eight months.

In 2013, Caabay opened Kainbigan with one of her best friends, Christine De La Rosa, and has been serving up Filipino comfort food ever since. 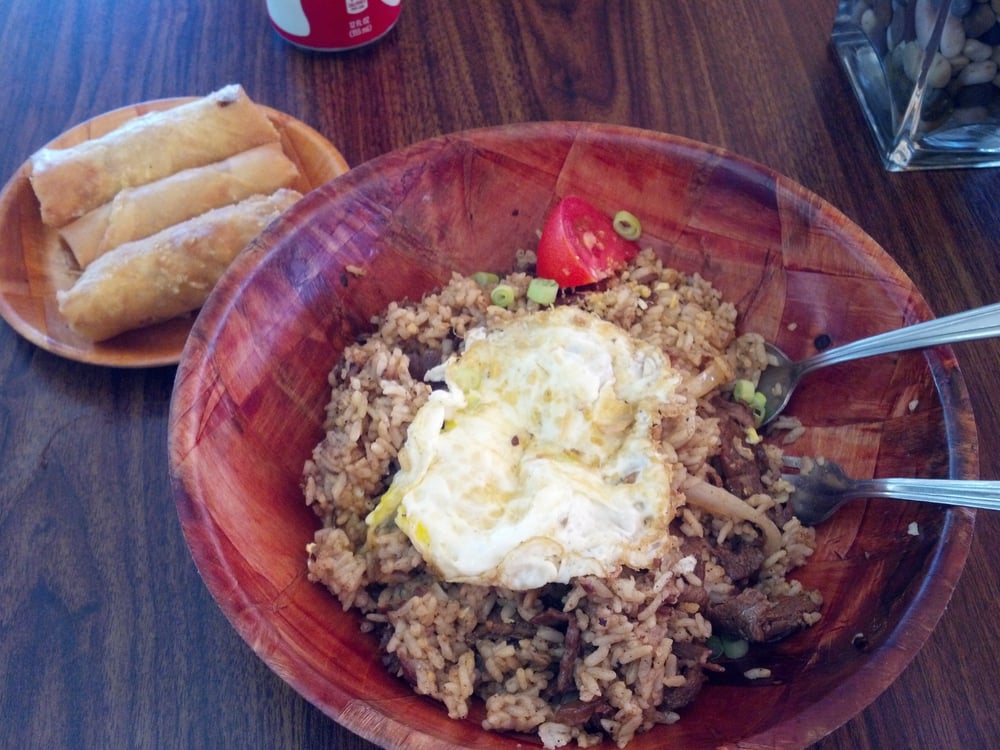 Although she filmed the “New Year’s Bash” episode of ‘Chopped’ a full year ago in January 2016, she could not publicize her win until the show aired on December 20, 2016.

Despite nearly a full year passing from the time she won the competition to the time it went public, Caabay said, “I still wake up in awe. It’s so surreal to me.”

Caabay also shared that having to keep publicity of her win confidential for so long was challenging. Like every restaurant, Kainbigan can struggle with staff turnover and a high volume of customers who value speedy home delivery over take-out or dining at the restaurant.

When asked if she thinks there may be a restaurant bubble in the Bay Area, Caabay agreed that the Bay Area’s skyrocketing cost-of-living meant “2016 was a hard year for everyone.”

But Caabay remains hopeful and excited about 2017. Since winning Chopped, she is exploring a second Kainbigan location in Oakland on San Pablo Avenue. In February, she will be touring the Philippines for culinary inspiration and plans to return with new recipe twists. While Caabay is traveling and recharging, Kainbigan on 14th Avenue will be transformed into a pop-up by the FlipNSoul chefs who serve up a fusion of Filipino and Soul food.

Caabay’s win on a nationally broadcast show has symbolic importance. The culinary world is a predominantly white and male industry. As a queer, woman of color, Caabay’s success as a self-made chef is inspiring and relevant.

The San Francisco Bay Area proudly boasts a large Foodie community and thriving restaurant scene. But while Bay Area Foodies care about the locally-sourced, organic ingredients in the meals they consume, most remain blissfully ignorant to the industry’s structural wage disparities and racial segregation.

In 2015, researchers at the University of California Berkeley Labor Center found that although the Bay Area has the largest restaurant industry in the United States—with 1 in 10 residents somehow connected to restaurant work—the Bay Area restaurant scene is the most racially segregated in the country. Income gap disparities are the most extreme in the Bay Area, with women of color suffering the lowest wages.

When asked whether Caabay finds the restaurant industry particularly challenging for a queer woman of color to navigate, she shrugs it off. “No, I think working in the corporate IT industry broke me in. Tech is traditionally a boy’s club. When I started following my passion for cooking, I had so much support from my LGBTQ community, it made it easier to go public with my dream of the restaurant.” 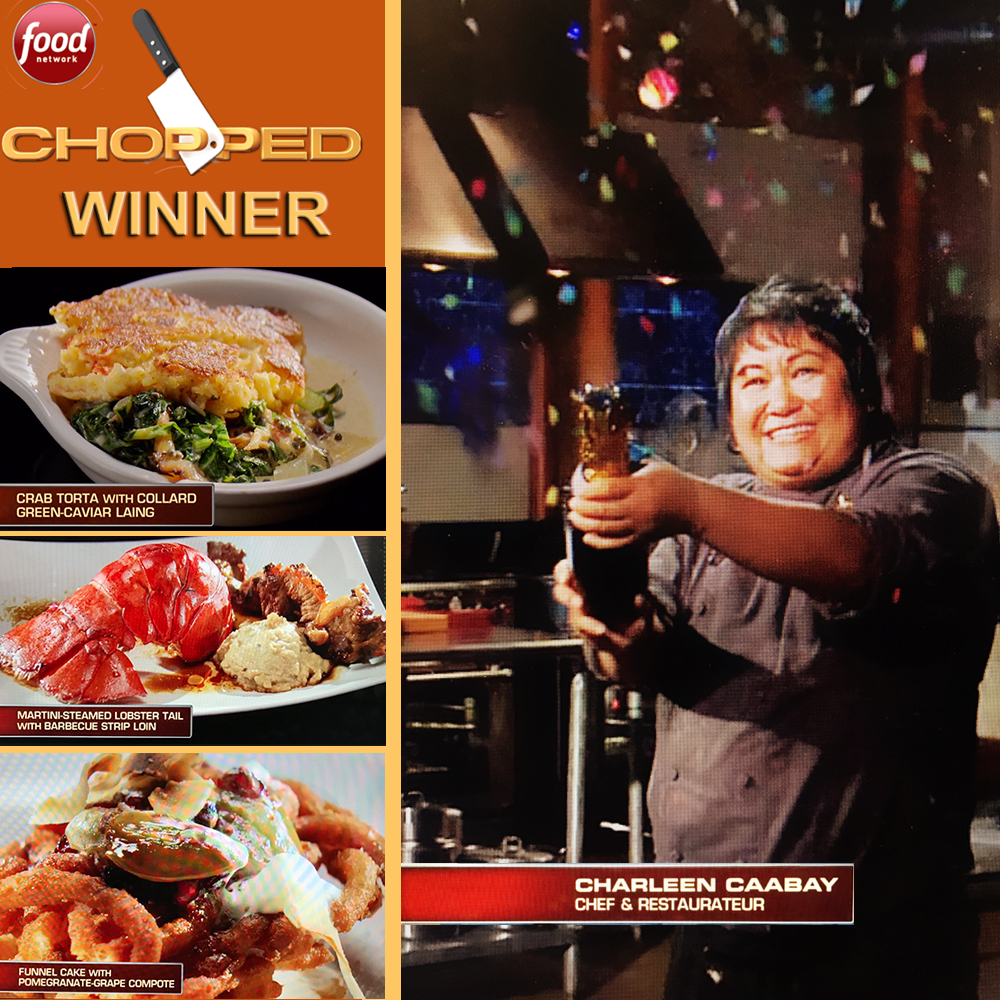 Perhaps more significant is what Caabay’s recent celebrity win on Chopped means for the Filipino community and the Bay Area Filipino food movement. Caabay is the first Filipino-American to win the Food Network’s cooking competition show in the seven years it has been broadcast. Plus, Caabay’s featured dishes won by harnessing the influence of Filipino cuisine in her cooking.  “Looking back, my parents always pushed me to break barriers and succeed.”