In Support of Affordable Housing at Oakland’s Brooklyn Basin Project

On Thursday February 18th, community members and Oakland city officials gathered with representatives of MidPen Housing at the site of the new Brooklyn Basin waterfront housing development.  They came together to request that the state honor its previous 2006 commitment to fund nearly 500 affordable housing units within the master plan of 3,100 units planned to be built on the Oakland Estuary, Brooklyn Basin site. It is a waterfront site with a gorgeous view of Downtown Oakland and it is near the Port of Oakland 9th Avenue Terminal. 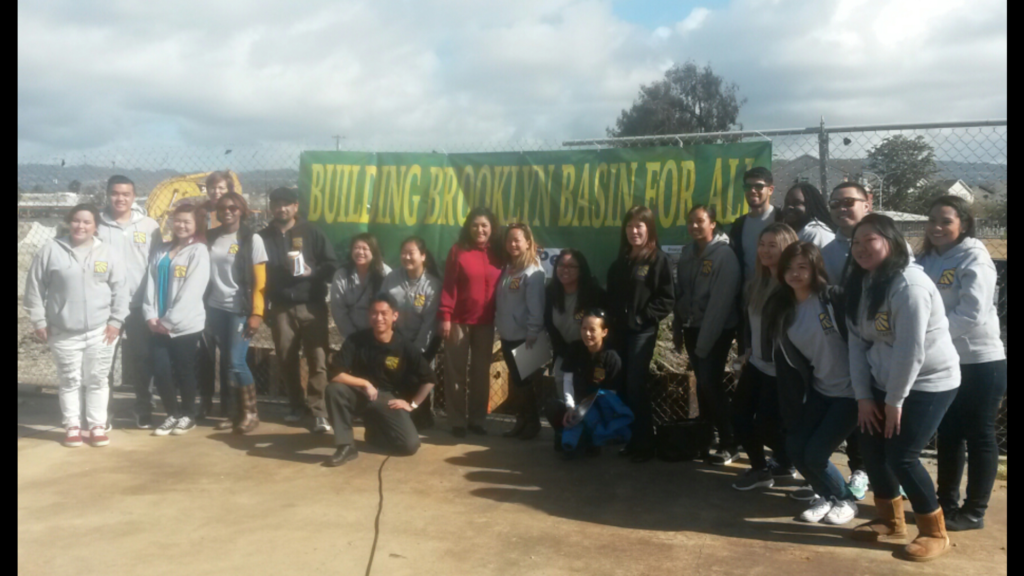 Community members in support of affordable housing at Brooklyn Basin

“We need the State of California to respect our agreement that was reached between the city and the coalition in 2006 requiring the construction of these afforbable units,” Mayor Libby Schaaf said in her opening remarks. “I have full faith and confidence that our former mayor,  Govenor Jerry Brown, as well as his state department of finance will come to recognize the importance of our vision for Brooklyn Basin and will do what is necessary to acheieve that community vision.”

The original agreement for $45 million to fund 465 affordable housing units was part of the state’s redevelopment program which ended in 2011. The city has filed a request that the state release the funding approved back in 2006. The state is reviewing the current request.

Matt Franklin, President of MidPen Housing emphasized the importance of affordable housing.   “Three-fourths of the units will create housing for folks that make $50,000.00 to $60,000.00 a year or less,” he said. “We have to find a place for these people to live.”  Franklin said he and Mid Pen Housing believe that this is a “tremendous oppurtunity to create work force housing.”  They plan to ensure that it is equitable and environmentally sensitive.  He said they hope that this new community within Oakland will provide 465 new affordable housing units that “express the wishes, hopes and desires of the community.” 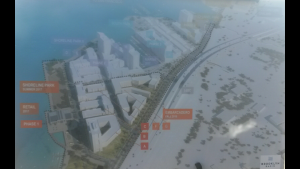 James Harris, president of Oakland Unified School District, said teachers can’t afford to stay in Oakland.  “We could not move quickly enough to address this issue,” he said, pointing out that many teachers have been forced to move to Antioch and Tracy. “It is so important that we rise up,” Harris said. “This city is full of oppurtunity.  We are asking, begging and pleading for the Governor to help us.  We have thousands of people in this city we need to bring shelter too.”

“The housing crisis in Oakland threatens the well being of our city,” said City Councilmember Abel Guillen (District 2).  “You can see the inequality in our streets.”  He spoke of the community standing together and asking the state department of finance to give funds back to our community.

Eric Johnson, executive director at the Oakland Housing Authority, said he believes in building a wholistic community for all. “It’s not about the 465 units,” he said, “its about the thousands of families that will come through these units within the next 60 years.”

It was a beautiful morning at the Brooklyn Basin site.  The sun was shining after a long night of rain and I was happy to see leaders of Oakland all coming together to give a voice to the seniors and the lower- income, hard working people of Oakland who deserve these 465 affordable housing units.  I hope that this vision is accomplished and soon.