Whether going North or South on the I-880 near the Hegenberger exit, the large yellow and blue sign seemed to call to every consumer bone in my body. I would instantly think “What do I need from Walmart?”. 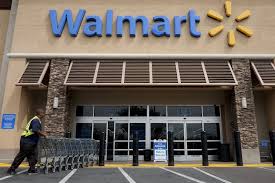 The recent closing of Oakland Walmart on Edgewater Dr. had patrons and associates shocked and dismayed. Since 2005, this Walmart had been an only-stop-shop for many East Oakland residents that found themselves in the middle of a food desert, especially since Pac-N-Save, on Hegenberger Rd., closed it’s doors in 2013. For many people in the surrounding area that found themselves drawn to the low prices and convenient location, the sudden uprooting of the largest retailer and private employer in the world-this was not expected.

Four hundred employees at this Walmart and more than 16,000 employees worldwide were out of a job when 269 Walmart’s closed their doors forever.  For some customers who frequented the store for groceries and household items on a budget, this store will be sorely missed.

“ I feel like it was more than just Walmart shutting down. First the Pac-N-Sav then the Walmart. I’ll have to go to San Leandro or Fruitvale” these are the views of my nephew Daniel Scott just days after the store closed.

Others, such as  community activist Esther Goolsby, believe that because of the way Walmart does business, the community should have never accepted it.  But a community with so few resources welcomed Walmart with open arms. Even Goolsby said she embraced the store when it first opened.

Now that it is gone, what is next? Not just for the patrons but the employees as well.

The employees who worked at East Oakland Walmart found out days before that the store was closing. One longtime employee said that he found out through Facebook and it was confirmed by a co-worker. There was no store meeting and no prior warning. According to this worker, they were given two options: “ Stay with the company and get picked up by another Walmart or get two months of pay and they help you look for another job.”

For many, I’m sure, it sounded better than just being laid off.  But looking for a job could take longer than two months and relocation could be a problem without reliable transportation to the nearest Walmart in San Leandro.

Anyone who has ever caught the bus to the San Leandro Walmart on Davis St. knows this option could also prove problematic, if you were to rely on public transportation alone. The last bus from Walmart to the San Leandro BART station leaves at 8:49 p.m. but the store itself closes its doors at 11:00 p.m. Even so, the buses run once, maybe two times an hour which, if you miss the bus, you would have a long walk ahead. This is not only a problem for employees rerouted to another store, but for customers as well. You shop at Walmart for the low prices and end up paying Uber or a taxi just to get your groceries home.

Some East Oaklanders, such as Goolsby may see things a little differently.  Although Goolsby says Walmart was convenient for those who had nowhere else to go, she believes community members need to come together and find an alternative to a large corporate entity like Walmart. She envisions a store that would serve its employees, patrons and community members alike. She suggested something like Mandela Foods.

Mandela Foods is a worker -owned grocery store in West Oakland that carries fresh produce, bulk dry goods and local brands. In a perfect world, this store would be one of a few co-opted stores that would take the place of Walmart. People such as Goolsby believe such a store is possible. All she suggests, and I agree, is that community members speak out to their city representatives and leaders to address their needs and wants.
So, now when I drive by those distinctive yellow and blue signs and ask that question of myself “What do I need from Walmart?”, I can answer back “Absolutely nothing!”