For Kierra Bassette-Cotton, the experience was transformative. Dane’Nicole Williams was struck by how warm everyone was. Alexis Hill learned a new openness for different foods.

The 11 young women from McClymond’s High School who traveled from Oakland to South Africa this summer shared their insights and experiences last month at the West Oakland Youth Center.  The travel had broadened their understanding of the world and their place in it, they told the audience of parents, friends and sponsors, and they felt they had many more options for careers. 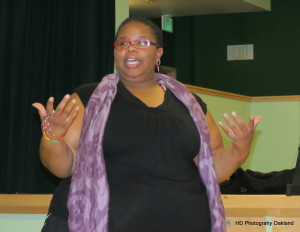 The trip had been principally organized by Kharyshi Wiginton, or Khaya as friends call her, an Oaklander who first traveled to Africa in her youth and wanted other young Oakland women to share that experience. Wigington is a youth leadership coordinator at McClymonds High School in West Oakland.

“Travel is an extremely powerful experience, especially for young Black girls from the inner city,” Wiginton said, adding “They have been challenged and their perspectives have been broadened.”  Several are now thinking of college study abroad.

Widington also thought the private time was important.  “One of the most wonderful aspects of our trip were the special moments and intimate conversations that we shared as girls and women.” 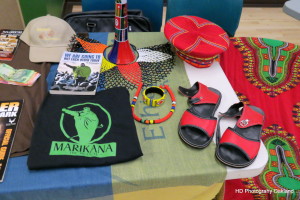 The group’s itinerary included Johannesburg, Pretoria and Durban in South Africa and included visiting Kruger National Park for a safari and seeing the musical “Marikana” at the State Theater.  They also visited the Dare to Dream art program in Hammanskraal, and the  Wushwini Arts, Culture and Heritage Center in Durban.

Dr. Patricia Nunley, who teaches at Mills College, has also been to South Africa before.  She was one of several mentors and chaperons with the girls.  She told the audience that the group flew Ethiopian Airways to Addis Ababa, en route to South Africa,  where she and the young women saw that “all staff there, including the all the pilots, were black and never in my life have I experienced anything like that.”

The trip almost didn’t occur as fund raising efforts were slow, but many prominent Oaklanders came to the rescue, allowing for this first trip to take place at the end of July, just a few months after it was originally planned.  The largest contributions came from OUSD Superintendent Antwan Wilson  and Elaine Brown, along with many others.

A going away ceremony was held for the girls and their mentors at the West Oakland BART station just before they left for the airport with their passports and roller suitcases.  This included prayers from many faiths and a departure song.

The community forum or Report Back started with an African prayer and libation.  Many of the older mentors and chaperons introduced themselves and shared experiences from the trip.  Then a panel of the McClymonds girls spoke about their travels and the insights they had gained.  Some of the travel trophies from the trip were on display, including African clothing and musical instruments (see pic above). 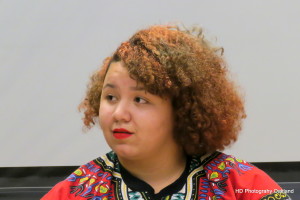 “I thought that everyone would be so different and I didn’t know the language, but everyone there knows some English and they would try…it was like they were all so warm. It was very hospitable,” Dane’Nicole Williams shared.

They also went to Naledi High School, which had an historic role at the start of the Soweto Uprising in 1976.  They visited  and watched performances by  students there.   ” I saw African kids and our kids  walking together and from the front and from the back there was no difference.  We all looked just the same … ” the artist known as Courageous told the audience.

They stayed at Mama Lizz Chanza’s place, a bed and breakfast in Soweto, and befriended the young assistants there. For breakfast,  they were offered chicken and beef and a fish called hake, and also yams, green beans, and sugar beans – staples served at all times

Bassette-Cotton talked about the warmth and deep connection developed with Mom Chanza, the elder host of the hostel they stayed at. “She was like a mother…. she told us this is our home, as long as we respect it, it was our house.”

“Before I went I was not open to new food or experiences…  But when I went to South Africa, I had the choice to try new food.
It smelled good so I tried it .. When I came back here, I could eat anything,” Alexis Hill said. “After this trip, I can go anywhere and do anything.”

The students also noted that every one seemed to be working somewhere or selling items.  They said it seemed to be a very entrepreneurial culture. 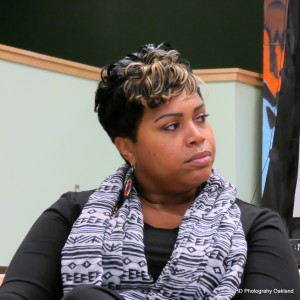 According to LaShonda Taylor, who runs the McClymonds Youth and Family Center, “The girls were somewhat distant at first. The food was very different. Like they were offered spaghetti and it wasn’t at all like spaghetti they get back home. And it went on for a little while.”  One girl initially refused to eat anything but fried potatoes for first few days.

“When we got to Kruger national park we had an amazing talk about how they would not be having an American type experience in Africa and they shouldn’t be trying to have one.  And from that moment on, they shifted and I continued to see a transformation and a new maturity in these young ladies,” Taylor added. “They weren’t all friends at first but now have a bond among themselves and after we came back we call ourselves the Mack Family and they have continued to be sisters.” 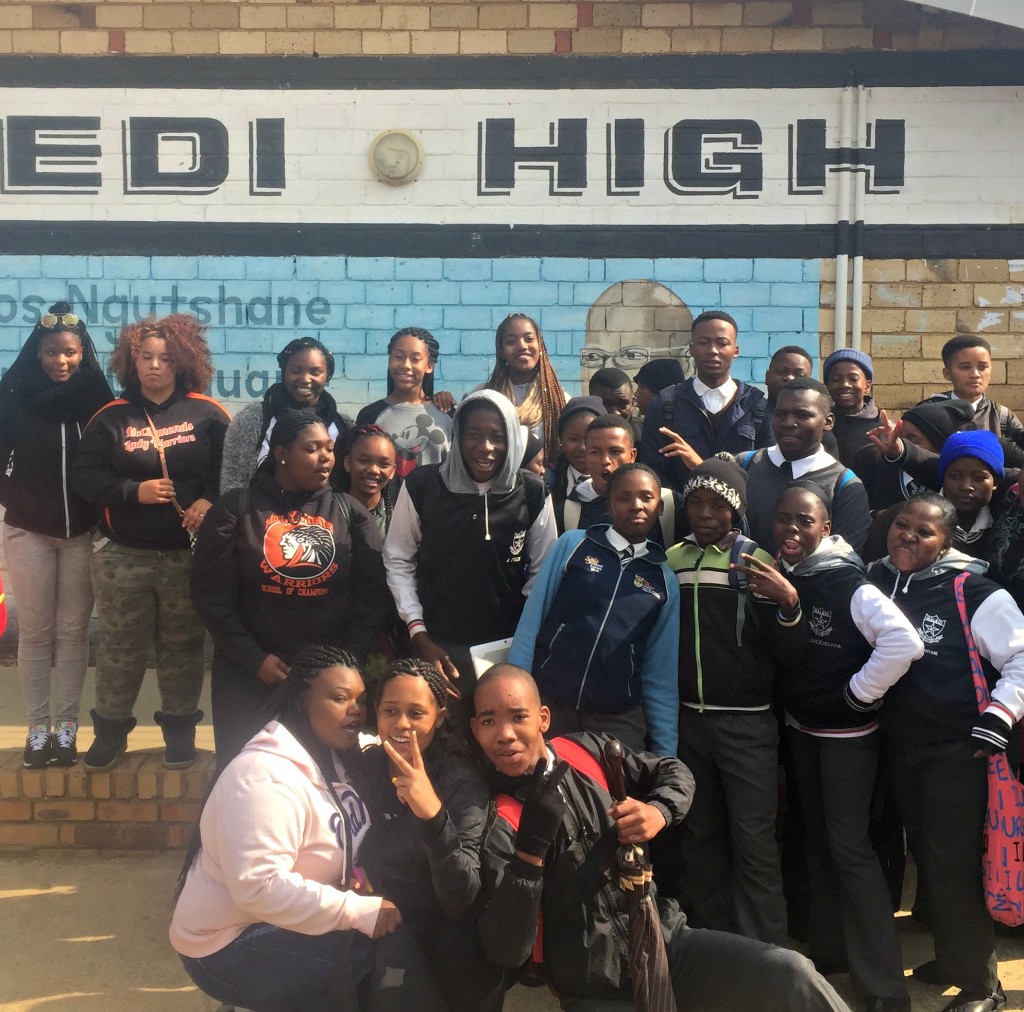 Girls at Naledi HS, with LeAhana Smith, Nakaya Forte and a South African student in the foreground.Photo by Imani Lott.

Khaya and her partners are planning more activities for 2016.  They have begun fundraising for a reverse trip which would bring South Africans here to Oakland as part of a larger cultural exchange they envision and they plan to organize another trip for High School students in December when it is summer in South Africa. For that next trip, they intend to give the same opportunity to young men as well as young women.

They also are still fundraising to raise another $5000 for the host organization — Village Gossip Productions in Johannesburg —
which provided logistics and support on their 2015 trip.  “This venture was about community and reconnecting with our sisters and brothers on the continent,” Khaya added.

The travelers attended a naming ceremony at the end of the trip under the stars at the Wushwini Arts Center.

Here are the names and meanings of the African names given to the girls and their mentors.

Gallery of photos below from the community report back, including 2 pics from the high school visited in Soweto by Imani Lott, one of the mentors:

Bro. Thamsanqa (on the left) is a drummer and is South African. Bro. Akubundu did the libation. 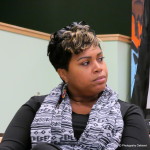 The Oakland travelers with a spokesperson from Naledi high school. Photo by Imani Lott.

Girls at Naledi HS, with LeAhana Smith, Nakaya Forte and a South African student in the left foreground.Photo by Imani Lott.

The travel group at the WEst Oakland BART station at the end of the Community sendoff.

More images can be seen an online photo album HERE.