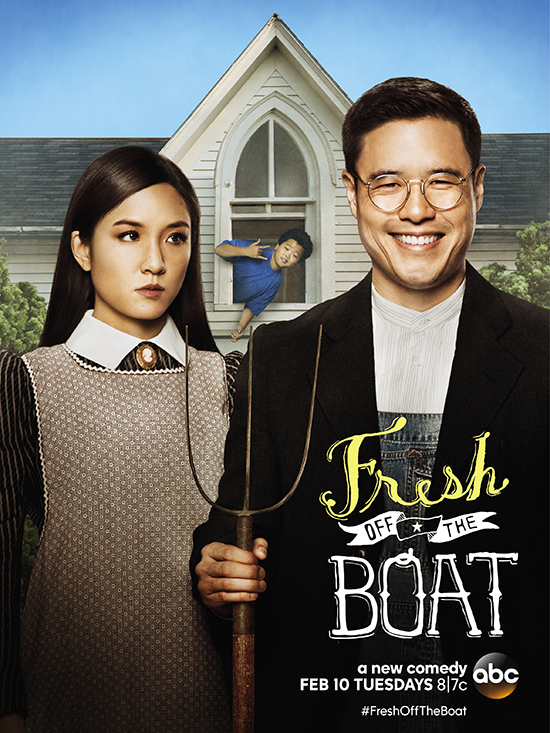 Fresh off the boat? No, actually, my mom hopped off a plane with me and my brother  clinging to her legs. Perhaps it was her lack of English, America’s lack of Tagalog,  and the resulting cultural miscues that explain why we wound up at San Francisco International Airport instead of LAX. My dad, who is African-American, is still fuming about that til this day.  And I’m 28 now…

That was 24 years ago. Fast-forward, and we are now in February 2015. And for the second time ever since Margaret Cho’s All-American Girl aired in 1994, an all Asian-American family sitcom is playing on ABC. Based on American restaurateur and Chef Eddie Huang’s memoir, “Fresh off the Boat” is a coming of age story of Huang– growing up Taiwanese with an affinity for Black culture and Hip Hop in the ’90s of Orlando Florida.

Initially Huang, one of the producers of the show, was not impressed. He accused ABC of turning his memoir into “a cornstarch sitcom and [Eddie] into a mascot for America.” He brazenly shared his criticisms in a lengthy article in the New York Times. I too, have my qualms and criticisms. For me, it’s about the burden of representation. Not all Asians are the same, look the same, eat the same foods, use chopsticks and the likes.

So I chatted with a few Asian-American residents in East Oakland who got the chance to tune in and watch “Fresh off the Boat”. 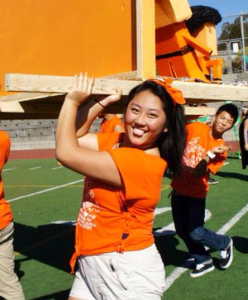 Sabrina Tern who is Mien— age 16, born and raised in Oakland and the youngest of five  – found “Fresh off the Boat” “funny”. “Relatable even,” Tern said. “The part where the mom and dad were like “We came to America for this… ‘ It’s reminiscent. They still tell me things like that.”

While Tern said the show was relatable, she explained that it’s hardly her family’s experience. “My family didn’t come here by choice. They left their homeland to escape the Hmong [Holocaust].  My mom had my brother wrapped in a cloth sack on her back as they waded across the Mekong River on a makeshift raft with only the moon to guide them. It was a traumatizing experience. My parents still struggle because of it.”

That aside, Tern gave the show props for being the second Asian-American family sitcom. “It feels good to see Asian people, Asian families on TV, even if they are not Mien.” Tern said. According to a report by ChangeLab, Asian’s are the fastest growing minority population in the US.

Gemma Hahn, 48, is Korean born and raised in Japan. She emigrated to the East Bay in 1978 with her mother. She had different view. “I wasn’t impressed. It was rudimentary. Somewhat relatable, but stereotypical,” 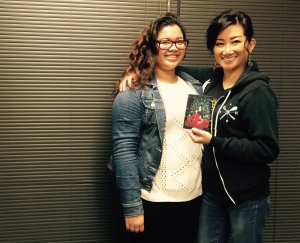 Hahn’s reluctance to be neither critical of nor enthusiastic about the show connoted a Catch-22. “While I don’t think the show is for me, I’m happy that an Asian-American family sitcom is playing on a mainstream network. That’s big. It’s a stepping stone for us to be reflected in the media even if it’s catering to a particular audience,” she said. “I just wish it was more sophisticated.” 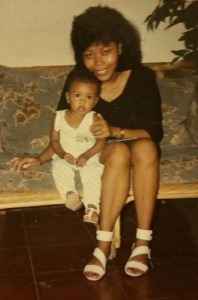 Me and my mother in our home in the Philippines, 1988

I too wish “Fresh off the Boat” were more sophisticated; because as Asian-Americans, we come from different places. Our histories are far from homogenous. I still remember the day my mother, brother and I arrived at my father’s aunt’s house in 1990 for Christmas dinner. My aunt eagerly offered my mom chop-sticks she’d bought at a local grocery store. My father looked at my aunt and said, “They’re Filipino- wrong Asian.”

All in all, “Fresh” offers a breath of freshness and glimpses of a sometimes audacity to challenge stereotypes. Regardless of its shortcomings, it’s a pivotal show for the Asian- American community.

You can tune in and watch Fresh off the Boat Tuesday nights at 8pm on ABC. Let us know what you think of the show!