When Illinois Senator Barack Hussein Obama was elected president of the United States in 2008 to great fanfare, it was popularly believed the United States had exorcized the demons of racism from its national character. To be sure, Obama’s election was a step forward and most fair-minded people would probably acknowledge this.  The percentage of American voters who  entrusted the leadership of their nation to the Hawaii-born Senator  rejoiced at the vision of hope he painted in those troubled times.  For many, the fact that he was of African-American descent seemed to be a double-blessing.

But Obama’s election did not mean then – nor does it mean now – that the United States has suddenly been healed from the scars of racism. Far from it.   If nothing else, the demonstrations of the past several months after the Michael Brown’s tragic death in Ferguson, MO only reflect how little we, most white Americans, actually know about the experiences of African-Americans or by extension, most people of color. 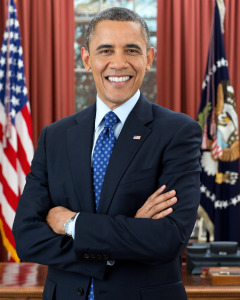 Why is that?  We are now more likely than in previous times  to work, go to school, recreate, entertain, even worship together with people of different ethnic backgrounds.  But we still don’t know each other.

Why?  One answer is discussions about r-a-c-e are still the hidden elephant in the room.  In polite company ,no one likes to raise questions or talk about the enduring effects of racism.  Such conversations inevitably create anxiety, discomfort,  nervous glances and defensiveness. It is blithely assumed that since the passage of well-needed legislation like the Civil Rights Act, the Voting Rights Act, Fair Housing and Equal Opportunity, all is well in the United States.

Yet the pernicious effects of racism remain.  On the personal level, dignitaries like the Catholic Bishop Edward Braxton of the Diocese of Bellville in Illinois who happens to be African-American recently recalled how he’d been pulled over and interrogated several times when he was walking in an all-white neighborhood by police when he was not wearing his clerics.  Some Catholic African-American church goers have confided in me that during the rite of peace exchanged during Catholic liturgy prior to communion, they’ve experienced the cold-shoulder as fellow Caucasian Catholics have turned the other way rather than shake their extended hands.   But this is not only a Catholic issue.  As King said years ago: “Sunday is the most segregated day of the week”.

Why is it that respective community organizing groups like the faith-based PICO report that in East Oakland children who have witnessed violence against family members, friends and in their neighborhoods demonstrate severe symptoms of Post Traumatic Stress Syndrome?  And we expect children beset by such verifiable maladies  to succeed in school where the absence of counselors to assist them is well-documented?

When one moves from the personal to institutional,the patterns that emerge and the reasons behind them become more complicated. Yet,  the fact that race is either excluded or consistently downplayed reflects the unwillingness to critically acknowledge the continued harmful effects of racism. 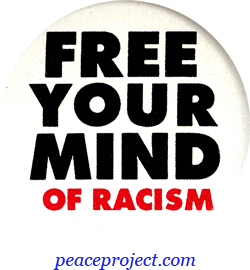 With this in mind, how do we move beyond our current state of being and living?  For Black History month – which is really American history told from a perspective many people have not considered – why not engage in one of the following exercises?

• Spend some time reviewing your own experience(s) with people of color.  (African-Americans in February,  but do the same for other non- Caucasian   groups as well).  Recall when you first encountered them; how you felt; what you thought and who taught you about “those” people”.  Walk through your life history to see what you discover.  Trace your self-understanding by keeping a journal of such experiences.

All this said, do African-Americans claim to be perfect?  Do they claim they have no faults?  Do they not stumble and fall like everyone else?   Do they also struggle with people of different ethnic groups?  Do they see themselves or their communities beyond criticism?   I’ve yet to meet an African-American who would ever honestly say this.

As a former high school social studies teacher, I intentionally walked my U.S. history and government students through the hardships experienced by different groups of people who came to our shores by choice or force.  I encouraged them to look honestly at the past.  At the same time ,while I acknowledged white guilt is a plausible response, it cannot be the only one nor can it end there. The greater challenge is to see that the errors of past are not repeated in our lifetimes.

If we are to truly overcome the legacy of racism in our own country, the real work has only begun.  It can never be resolved solely in legislative houses and courtrooms.  Rather it will slowly be overcome when all Americans enter deeply into the chambers of their own hearts and memories to recognize the demons within and cry for their own redemption.